All Articles Mixing & Mastering
Mastering Music: Making Your Tracks Loud, Proud & Punchy
Rich Tozzoli on Mon, March 19th 1 comments
Mastering is a vital part of the production process, and there are some good hard and fast rules you can observe to make it as effective as possible. Rich Tozzoli shares his top tips.

We all know about the ‘mastering wars’ where bands, producers and engineers try to outdo each other in making their tracks as loud as possible, often to the detriment of us listeners. But the other side of the coin is that making your tracks loud, proud and punchy, when done correctly, can be nothing but positive. Let’s take a look at a handful of tools that I use on my Master Fader to make that scenario happen.

I think of the master fader as my ‘mastering’ chain. Now first and foremost, I take nothing away from the great mastering engineers and their craft, and still highly recommend you go to a good one when possible. Their trained ears, excellent gear and expertise will help even out your tracks, making for a cohesive, well balanced listening experience across any platform. But a huge portion of my work is television composing, where I need to get the tracks out as fast as possible while still retaining the utmost quality. Therein lies the value of some good processing on the master fader. In fact, even when mixing tracks for artists, I will still use the same chain, as it’s become an integral part of my mixing.

The first plug in that I use on my mastering chain is the Brainworx bx_1 EQ, although I also use the Brainworx bx_V3 as well. Both allow you to solo isolate any frequency, which means you can click on any of the 5 bands, LF, LMF,  MF, HMF, or HF and hear only what’s going on in your mix in that ‘range’. When you let go, the entire mix comes back. It allows you to quickly hear trouble spots and cut or boost as needed. 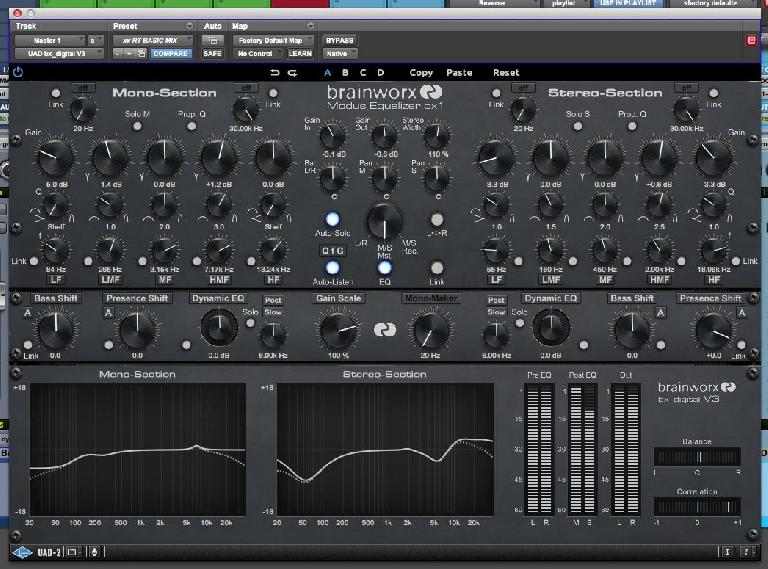 I tend to carve out some of the low end on the Master chain, because in TV world, that will never be heard. It also allows me to add a bit more in the low mids and actually get the mix a bit hotter overall, because that low end energy is carved out somewhat. That doesn't mean my mixes don't have bass - they do, it’s just a bit less than ‘normal’. I also cut the Input Gain a few dB’s so that I dont clip the internal processing of the plug in (remember the whole mix is feeding it) and I use the Stereo Width knob a bit, which seems to slightly enhance the overall L/R image. If need be, I will add some high end to enhance the overall air of the mix but since every track is different I will start with my basic master chain preset, and tweak accordingly.

Next in line is typically a compressor, which would be something like the Vertigo VSC 2 (also from Brainworx), or the API 2500 or Manley Variable MU from Universal Audio. All based on classic hardware units, they can help ‘glue’ the elements of mix together and add some extra punch to the overall big picture sound.

But you have to be careful with compression when using it on a master fader. If you compress too much or too hard, you can take the peaks out of a mix, which means you're also removing some of the natural life in the audio. So what I do is to just set the Threshold so that the needle barely moves (maybe 1-3dB) when hit with a peak. Then I will add a touch of Makeup gain, often a dB or so more than any reduction. A quick bypass will reveal if it's working properly or not, and you should hear a slight boost in sound. Each of these have their own character, and there is no right or wrong as to what works best. For me, I tend to turn to the API for harder, heavier rock tracks, and the VCA style Vertigo for more acoustic/ambient tracks. The Manley sits somewhere in the middle, handling most any style with ease. 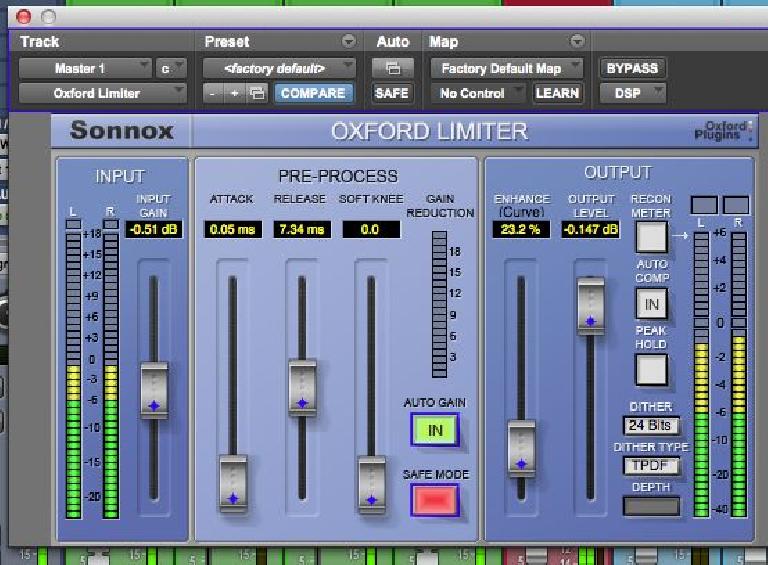 After EQ and compression, I will turn to any number of Limiters that I like. My main go-to Limiter is the Sonnox Oxford Limiter, primarily because of how clean it is. I will typically set its Output Level to just below 0dB, again to avoid any clipping, with a dB or more of Input gain. A true peak limiter, it also has something called the Enhance feature, which adds a slight sense of brightness, air and perceived loudness. Limiters can add gain and presence without compression, and they tend not to squash the signal (unless you hit them way too hard).

After my first Limiter, I will often turn to a second one, the Massey L2007 Mastering Limiter. In my experimenting, I’ve found that by using just a bit of one clean limiter, and feeding another with a bit more character, I can push my mixes louder without any artifacts or unpleasant digital noise. The Massey to me sounds like hitting some analog tape, and it seems to have a bit of pleasant ‘dirt’ (in a nice way) so I will just set it to Loud and Normal, while pulling the Output down just below 0dB. Pushing the Threshold up will increase the volume of the overall mix, and it's the last piece in the signal path for my masters.

Each element in the master chain - EQ, compression and limiting, combine to make for a louder, punchier and sonically balanced master audio file. I tend to use each one just a little, because I find them to be more effective that way when taken together as a whole. Each has its specific job and specialty, with the end result making your mix jump out of those speakers.

Learn more about mixing and mastering in the Ask.Audio Academy: https://ask.audio/academy?nleloc=new-releases
Related 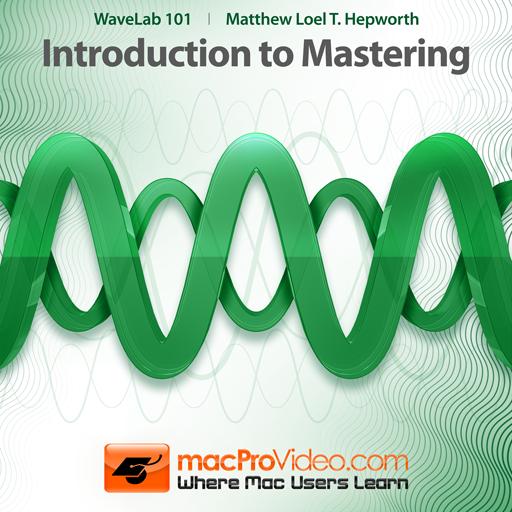 Dream It. Do It.
Do you want to learn Introduction To Mastering?
Yes, I want to learn!
No Thanks, I just want to read the article.
Feedback
How are we doing?
We'd love your thoughts, feedback and questions regarding our new site. All feedback is appreciated!
We do not respond to this form! If you need support, please visit our support page.
Thank you for your input!
Your message has been successfully sent
Course Advisor
Don't Know Where To Start?
Ask A Course Advisor