All Articles Mixing & Mastering
New Loudness Trends in Music Mastering
Joe Albano on Thu, January 18th 5 comments
You may have heard of the Loudness Wars, but there's a whole new landscape emerging when it comes to levels. Joe Albano explains where the industry is heading.

For many years now, Standard Operating Procedure when mastering music has been to make the finished, mastered track as loud as possible. The idea is that louder tracks will grab the listener’s attention and lead to greater sales/downloads, and if a track is noticeably lower in overall level than most others (on the radio or in a playlist) then that track will be a letdown after other, louder tracks, and this may result in a subconscious negative impression of the song itself.

The perception of how loud a song is is based on the average level of the mix, rather than on the peak level of momentary transients (like drum impacts, for example). Engineers long ago realized that the brickwall limiters used to protect against digital overloads by limiting transient peaks could be pressed into service for another purpose—to allow for increased average levels. If the level of the transient peaks is reduced, then the average level of the mix can be raised to a higher perceptible loudness level than it could be otherwise, without digital overload/clipping. With this realization, the infamous “Loudness War” began.

Up to around 6 dB or so of transient reduction can be applied with brickwall limiting with little if any noticeable loss of dynamics and impact (especially if transient instruments like drums are already compressed/limited in the mix itself, prior to mastering). But the practice of “loudness maximizing” via brickwall limiting/transient reduction was quickly taken further, and transients were reduced by much more, allowing for increasingly loud masters. 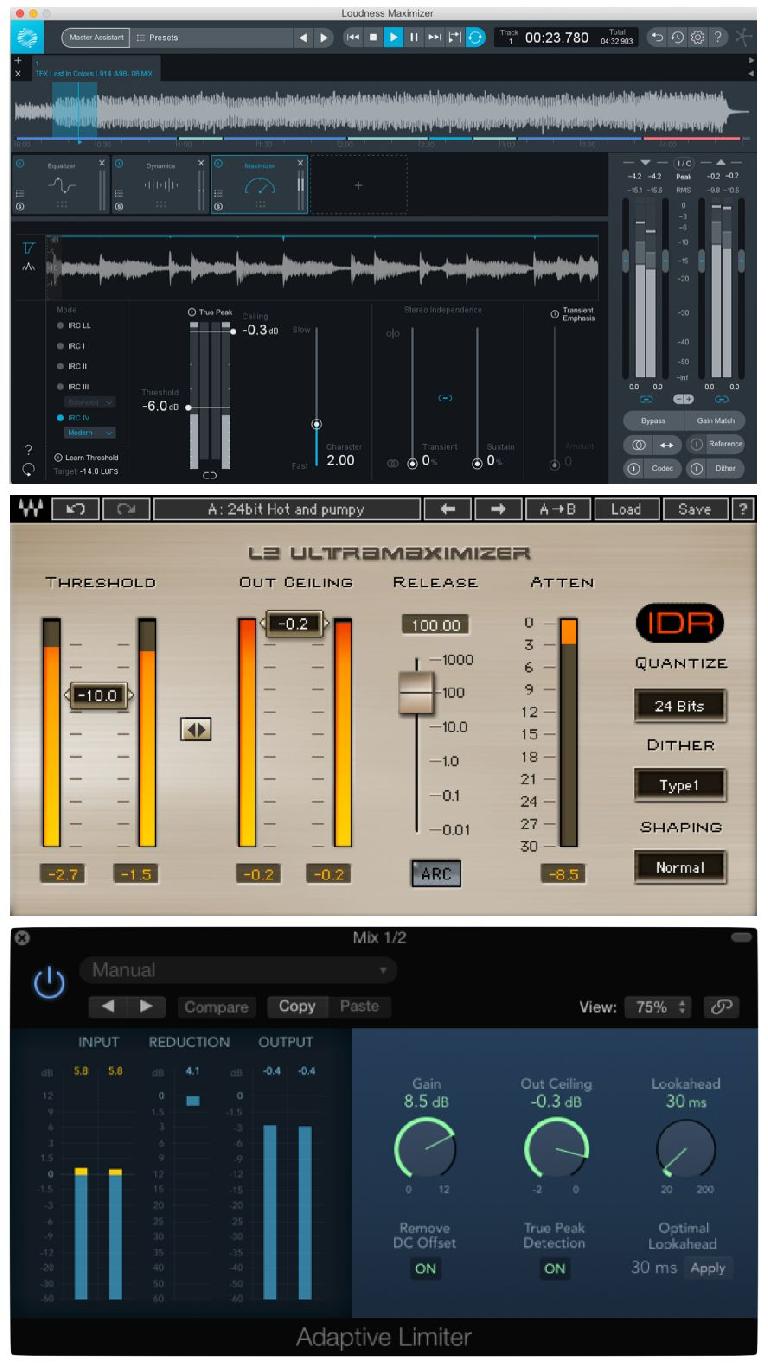 Unfortunately, as transients are further reduced, the mix suffers—punch and impact are lost, not to mention overall dynamics, which can be further impacted by heavy compression prior to brickwall limiting, making mixes louder still. The end result is that for years now, most commercial mixes—at least in pop/rock/r&b/EDM genres—are excessively loud and lacking in musical dynamics. While the loud in-your-face quality of such mixes may be initially appealing, they tend to produce listener fatigue quickly, resulting in lack of musical impact, loss of interest, and the tendency to switch stations or just stop listening after a shorter time. Unfortunately, there’s been no practical solution—until recently..

Over the last several years, a new trend in mastering is emerging, which some have dubbed loudness normalizing. This indicates a practice of trying to ensure that all mastered recordings have a consistent average loudness level, rather than a limited maximized peak level. This approach comes to music mastering from the other side of the aisle, post-production and the broadcast industry, and changes in the way music is distributed have brought some hope to the many music professionals and music lovers who would like to see the Loudness War ended in favor of more reasonable mix/master levels.

While music/recording professionals have been struggling with the excesses of the Loudness War, the broadcast industry had its own loudness issues, particularly TV. A common complaint from viewers was that commercials were always much louder than the program material—often jarringly louder—which detracted from the mood and overall viewing experience. The distribution of music on CD has no regulation to limit loudness other than the inherent technical limitations which are, in a sense, being “gamed” by loudness maximizing, but since TV programming is broadcast, and broadcasts are all subject to regulation, there was a solution in that area.

The various organizations that set standards for broadcast material came together to create a set of standards for maintaining more consistent perceptible average loudness levels, and eventually these standards were mandated worldwide (though with slightly different levels in different regions), and they were mostly successful in their goal—maintaining consistent average loudness levels throughout varied programming.

Initial recommendations were made by the ITU (International Telecommunications Union) in their ITU BS.1770 document (now at version 4), and the EBU (European Broadcasting Union) and American ATSC (Advanced Television Systems Committee) adopted them in the EBU R128 and ATSC A/85 standards (legally mandated by the CALM (Commercial Advertisement Loudness Mitigation) act).

Average loudness is closer to RMS level—as shown on a VU meter—than to the peak levels shown in most DAW meters, but to measure perceptible loudness even more effectively, new metering standards and scales were created.

The LUFS scale—Loudness Units referenced to Full Scale (a.k.a. LKFS—Loudness K-weighted Full Scale) was established (Loudness Units are basically the same as dBs). A Target average loudness level is indicated as a negative number somewhere below the maximum digital peak level of 0 dBfs (dB Full Scale). For broadcast purposes, this was established as either -23 LUFS (EBU R128) or -24 LUFS (ATSC A/85), allowing over 20 dB of headroom for unadulterated transient peaks. This somewhat low average level was chosen to allow for full peak headroom, needed for things like explosions and other highly dynamic effects in films and tv programs.

The new LUFS meters used to ensure these levels incorporate additional elements to factor in human loudness perception (K-weighting filter) and varied levels in longer programs. Additionally, a new standard for peak measurement was created—True Peak, which factors in potential D/A conversion artifacts that don’t show up on traditional digital peak meters—to ensure the greatest freedom from even subtle overloads.

These broadcast standards were quite successful in maintaining more consistent loudness levels. But despite recommendations for loudness-based standards for music (like Bob Katz’s K-metering standard), the music industry had no mechanism to enforce any average loudness standards in the usual distribution media (CDs, music downloads).

However, in recent years, more and more music lovers have adopted streaming music as their preferred method of consumption, turning to the various streaming services like Spotify, Apple Music, Tidal, and of course, YouTube. These services are able to exert some control over the average loudness level of the mixes/masters they stream, opening up the possibility of some degree of enforced loudness normalization—consistent (lower) average levels from song to song—negating the need for loudness maximizing and its concurrent detrimental impact on the music.

The Target average loudness levels adopted by the broadcast industry are perceived as too low for many music applications (especially with the current prevalence of potentially under-powered music players that might distort if asked to crank up much lower-level tracks). Using the same new scales as the broadcast industry, most of the streaming services instead initially settled on Target loudness levels closer to around -12 or -13 LUFS (-12 or -13 dBfs). To put that in context, the unofficial typical target loudness level for CDs these days is about -9 dBfs, and the loudest recordings out there are as likely to come in as hot as -6 dBfs, allowing for only 6dB of peak headroom (as compared with the normal 20 dB or so in live music)—needless to say this makes for some very squashed-sounding recordings!

In late 2015, the AES—Audio Engineering Society—released its official “Recommendation for Loudness of Audio Streaming and Network File Playback”. This document recommends a Target average level between -20 and -16 LUFS, and a True Peak level of -1.0 dBTP (assumedly, the reason for the range is to allow for a gradual lowering of average level to the slightly more hi-fi -20, if the currently-anemic power/headroom of typical music players improves over the next few years).

Within the last year, most of the major streaming services seem to have (unofficially) consolidated on a (slightly higher) average Target level of -14 LUFS. Spotify, Tidal, and YouTube have all adopted that average level, with Apple Music sticking to -16 LUFS (when Apple’s Soundcheck option is enabled). 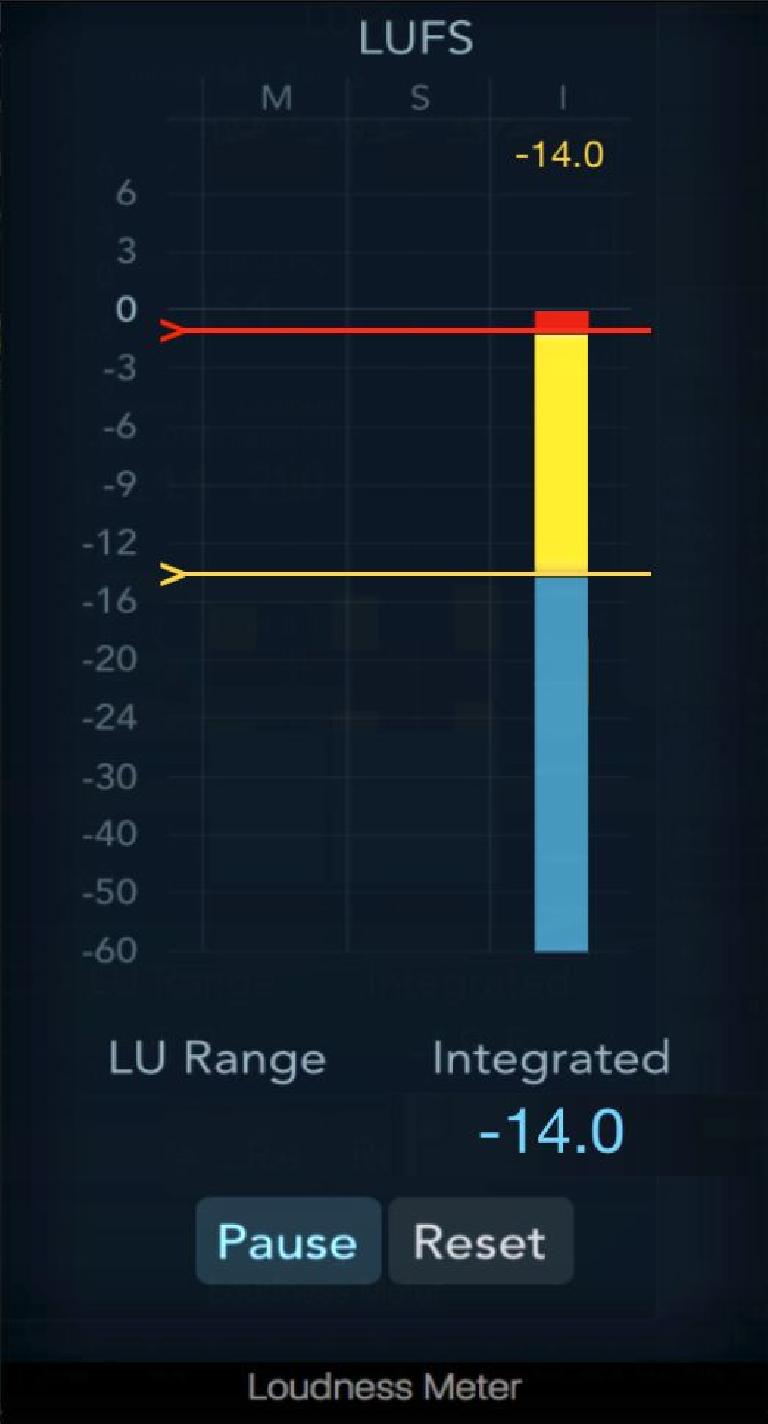 Fig 3 A LUFS meter with a -14 Target loudness level

What It Means To You

When a streaming service enforces its loudness normalization Target level, songs that have had their transients lopped off—to allow for higher average levels in unregulated media—will not be able to benefit from that loudness maximization. Once the average level is detected, a heavily limited, loudness-maximized track will be pushed down in overall level to match the enforced Target average level—in other words, it won’t sound any louder than songs which have not had their transients shaved off. This should eliminate the fundamental reason for the Loudness War practice of excessive brickwall limiting, and allow the resulting mixes/masters to preserve more impact, punch, and musical dynamics without the potential negative consequence of not being as loud as the tracks that precede/follow in the stream.

Furthermore, even though a track that still has 14 dB (or more) of transient headroom intact may have had some small amount of transient reduction, in comparison a “loudness-maximized” track with only 9 or 6 dB peak headroom will sound more squashed and “canned”, and probably suffer, at least to some degree, in the comparison.

Music pros, music lovers and audiophiles hope that since music streaming has become a (the?) major method of music distribution, in the future mixing/mastering engineers will use the new LUFS/True Peak meters to shoot for a Target average loudness level of around -14 to -16 (or less), allowing for better-sounding less-compromised mixes/masters going forward, finally bringing an end to the detrimental excesses of the Loudness War. If this kind of targeted loudness normalization practice does take hold, then music could once again enjoy greater headroom and more natural dynamics.

If the music industry does succeed on transitioning to new loudness-based level practices, then eventually “loudness maximizing” may become a thing of the past. In the meantime, it might be a good idea to prepare a couple of masters—one at the desired target loudness level (say, -14 or -16 LUFS), one at an even lower level (-20 or less) preserving the maximum amount of peak headroom (for future-proofing), and maybe even one at a higher somewhat loudness-maximized level (ideally no higher than -9 dBfs average level, for those artists who might still be releasing material on CD, and who might insist their that CD has “competitive” loudness with other recent releases).

If streaming continues to be a dominant means of music distribution, then with any luck, the next few years will see a gradual swing to loudness normalization at more reasonable average levels, as tracks are mastered to sound their best in that medium, and the practice takes hold for all music distribution media. Whatever happens, it’d be a good idea for anyone not too familiar with the various tech and industry trends discussed here to read up further, in order to have a better handle on the direction music mixing/mastering loudness trends may be going in the years to come.

More mixing and mastering know-how is yours in the Ask.Audio Academy: https://ask.audio/academy?nleloc=new-releases
Related

Joe Albano
Joe is a musician, engineer, and producer in NYC. Over the years, as a small studio operator and freelance engineer, he's made recordings of all types from music & album production to v/o & post. He's also taught all aspects of recording and music technology at several NY audio schools, and has been writing articles for Recording magazine for many years.
Related Videos
Comments (5)