All Articles Cubase
Pattern-Based Sound Design In Cubase
Hollin Jones on Wed, April 21st 0 comments
How can you make cool rave-style patterns and computer FX in Cubase without using a MIDI keyboard? By using these tips!

Here we have a synth loaded - it happens to be a third party one but you can use any, such as the instruments that come with Cubase. Some soft synths have sequencers built in, but this one does not. But we can generate cool sounding sequences without using a keyboard, by exploring Cubase’s MIDI Inserts. In the track’s inspector panel, locate the MIDI Inserts section and click on it. Then scroll down and choose Step Designer. 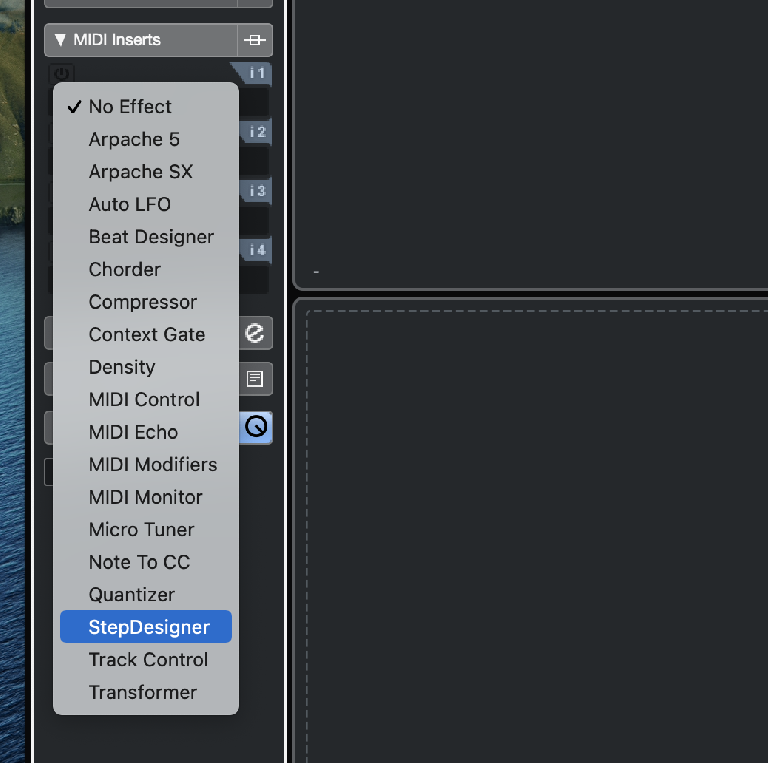 You might want to set up a loop in your timeline, since sequences work on a loop. Using the mouse, enter some note data into the grid of the Step Designer and play back the project. Scroll up and down inside the note grid to access a wider note range. You can also call up a preset from the plug-in’s menu. With data in the sequencer you can modify it with the mouse, just click to erase a note or add a new one. You can also extend the pattern length and quantise value using the boxes at the upper right corner. From the lower left corner, click the Velocity button and you can now draw in velocity values for each note - higher for louder and lower for quieter. Click again to access Gate settings and now, the higher value means a note is held longer and a lower one means a shorter note. Multiple patterns can be stored inside a single instance. 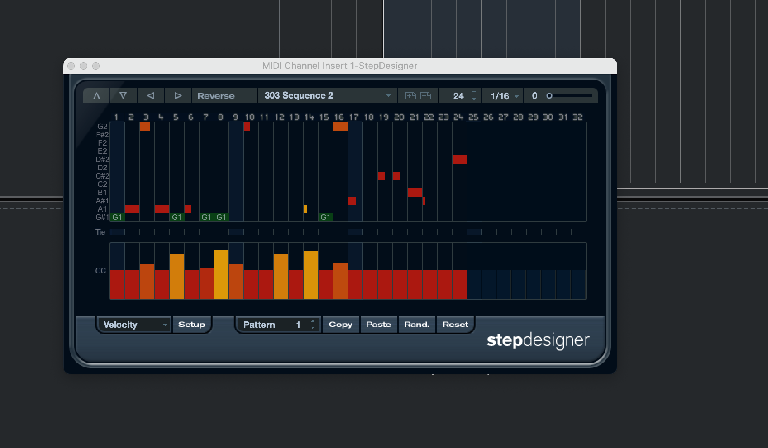 StepDesigner doesn’t have a drag and drop feature but you can get MIDI into a regular MIDI track by going back to the MIDI Inserts panel and activating the Record Output - a small button by the plug-in’s name. Now, when you press record in your project, the MIDI will be captured to a MIDI track and you can edit it as normal. Remember to disable the StepDesigner once you have done this. 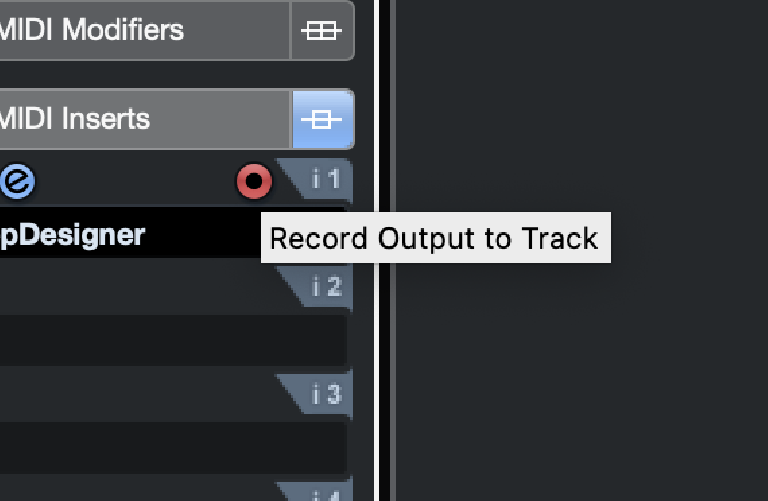 Returning to the MIDI Inserts menu there’s some more cool stuff to play with. try applying a Chorder to your part - enter your own chords or choose from the menu. Using the right type of sound together with this plug-in can instantly make some excellent Prodigy-style old skool rave melodies.

Another crazy one is to try a MIDI Echo insert. This has a similar effect to an audio echo except it’s working on the MIDI notes, not the audio output. So it’s intercepting and doubling or tripling the notes - or more. This might be pretty intense on a MIDI part that is already quite active, so you could try turning the repeats and length decay setting down to a lower level to rein in some of the madness. But at a lower setting this can help you to make glitchy, computer-style sound effects from a MIDI part. And all of this has been done without using a MIDI keyboard, or maybe even without using the mouse to enter any notes. Explore Cubase’s pattern-based triggering tools for more inventive sound design fun.