All Articles Reason
Processing Audio Through Parsec in Reason
G.W. Childs IV on Thu, October 16th 0 comments
Language
Want to give your sounds some extra grit, edge and pure, downright distortion? G.W. Childs shows how Reason's Parsec can be the perfect processing platform for you.

If you’ve been around Reason long enough, you’ll know that every device has a secondary use. Well, maybe even three of four uses. One such device is Propellerhead's own Parsec. In this tutorial, I’d like to show you some ways to process any audio through Parsec so that you can recreate your recordings in a Granular state, which will allow you even more audio destruction!

Go ahead and bring up a new Parsec with a default settings (It will say Init Patch, up at the top). Once you’ve got Parsec in place, go ahead and create a Dr. Octo Rex. Make sure to hold the Shift button down while creating Dr. Octo Rex. This will keep the good Dr. from sending cables out, which we won’t need! Press Tab when complete so that the back side of both devices are showing! 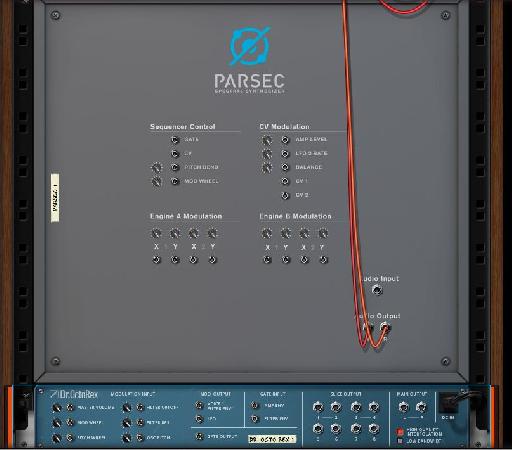 Now, run an audio cable from Dr. Octo Rex’s Main Output ‘L’, or Left, to Parsec’s only Audio In. 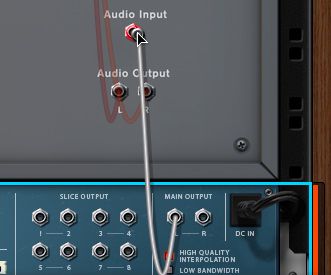 Next, let’s press the Browse Patch button and select a drum loop from the Dr. Octo Rex library. I’m going to choose the good, ol’ Acoustic Drums College patch, to keep things quick. Next, let’s press the Tab button again to go back to the front of the devices and start making things work!

Now, while making sure your focus is on Parsec, within the Sequencer page… 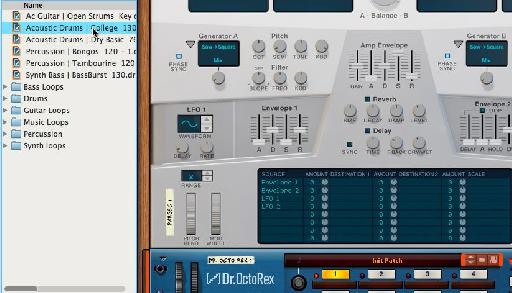 … try playing anything. When initialized, Parsec just has a very simple sawtooth waveform. Not much there! If you try running Dr. Octo Rex by pressing the Run button, you’ll also notice, no sound there, period. To rectify this, we need to enable the Audio In of Parsec. This is easily done by pressing one of the small, upside down arrows next to the large screens at the top of the faceplate, and selecting Audio In. 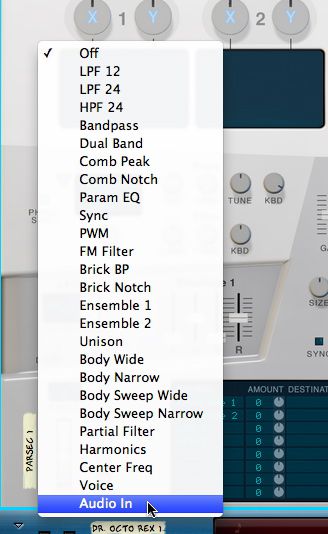 Now, try pressing Run on Dr. Octo Rex, while holding down a key for Parsec. You’ll notice that the drums coming from Dr Octo Rex are now modulating the default Square/Sawtooth oscillator that is, by default, already selected within Generator A.

And, while this may seem novel, it doesn’t currently sound that great. Don’t worry, we’ll fix that now. I’ll go ahead and switch the Generator A to Perc 1. 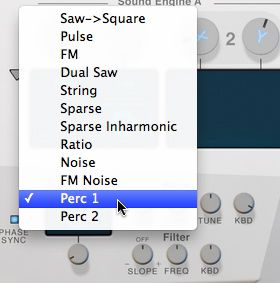 The Perc 1 Generator produces a much more complicated waveform than a simple Sawtooth, or Square Wave. And, if you lower the octave of the generator, you’ll find that you can actually recreate a nice, granular representation of a drum loop that sounds strikingly similar to the original recording.

This leads to a lot of flexibility in tweaking the sound of the drum loop in ways that are not possible with a sampler or an audio recording because you’re working in a Granular environment. A great way to see what I mean would be adjusting the Shift and Lag knob. As soon as I move the knobs, the sound changes, big time. It almost seems to slow it down, and create a new texture.

What’s so startling is we’re not even using the other filters or generators! This is just a basic setup and there’s already this much power. Granular synths literally recreate a sound in a way that almost sounds like a recording. But, because it is granular, you can chop things down to one tiny partial, so that it sounds like you’re using a synth. With a knob adjustment, you can quickly morph over in to something resembling percussion. And, imagine how this would sound with a voice recording, or a car engine. There are so many ways to experiment… As long as you enable the Audio In! 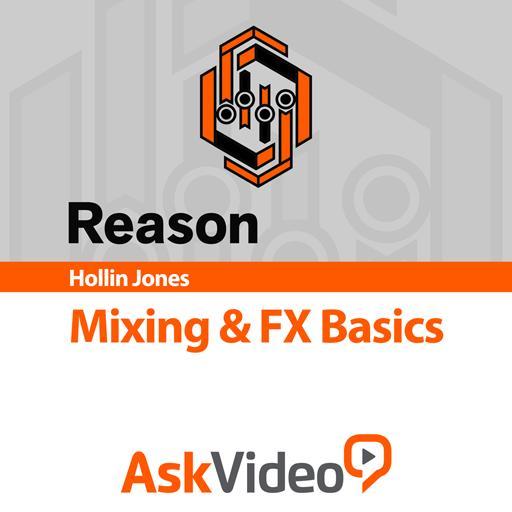 Dream It. Do It.
Do you want to learn Mixing and FX Basics?
Yes, I want to learn!
No Thanks, I just want to read the article.
Feedback
How are we doing?
We'd love your thoughts, feedback and questions regarding our new site. All feedback is appreciated!
We do not respond to this form! If you need support, please visit our support page.
Thank you for your input!
Your message has been successfully sent
Course Advisor
Don't Know Where To Start?
Ask A Course Advisor