All Articles Reason
Programming Dubstep REX Drums in Reason
Hollin Jones on Tue, March 27th 0 comments
Language
Hollin Jones goes all out with the tips you need to know in Reason 6 to program and create Dubstep beats using the included Dubstep REX loops.

Dubstep is an increasingly popular style of music and has started to find its way into mainstream culture both in its heavier form, and as an influence on other genres. Other dance acts, hip hop and pop producers have all started throwing telltale dubstep breakdowns and other elements into tracks these days.

Reason is the perfect tool for making Dubstep, with great sounding synths and excellent drum machines at your fingertips. As well as programming beats by hand, you can use some of the top-notch Dubstep REX loops that come in the new Factory Sound Bank in Reason 6, and tweak them to make them your own. Here's how'¦

Load up a Dr Octo REX and click on the patch browser button. Navigate to the folder Dr Octo REX Patches > Drums > Electronic Drums > Dubstep and load one of the two patches. 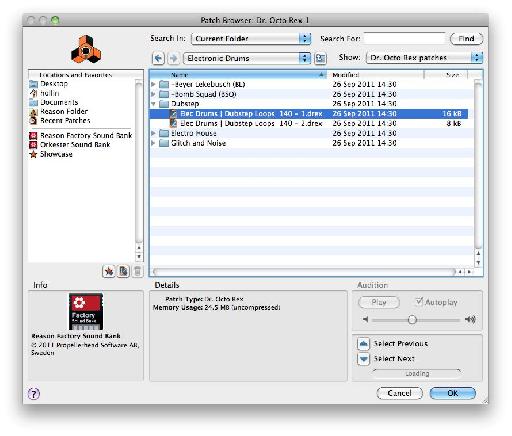 Click on the slot buttons to audition each one. Let's say you want to pattern sequence some of these beats. Go to the module's sequencer track and right-click, then choose Create Pattern/Loop Lane. This places a green outline around the patch slots on the module to show you that it is now able to be automated. 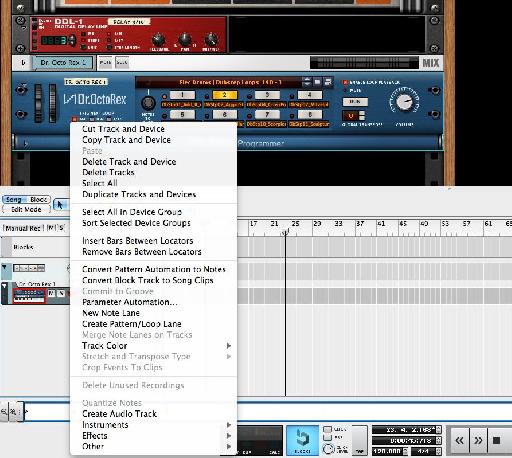 Make sure you have snapping on in the sequencer and that it's set to snap to Bar. Then select the Pen tool and in the Pattern Select lane, draw a block of data. This might be four or eight bars long, it's up to you. It will default to slot 1, which you can see because there will be a number 1 on the clip. Draw a second clip and switch back to the Pointer tool. Click on the clip and use the drop-down menu to reassign it to play slot 2. 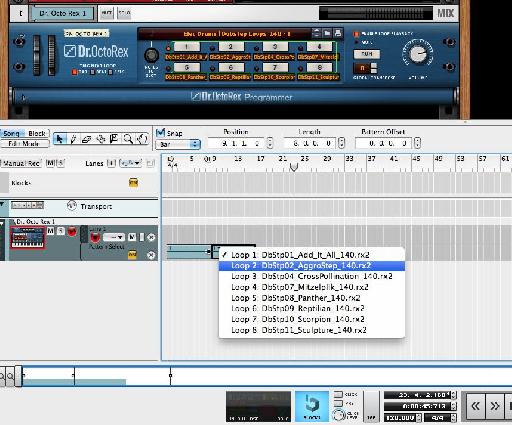 What you've done there is basic pattern sequencing. By repeating this technique you can keep switching between any slots, as many times as you like, to get up to eight different beats out of one module. To make things a little more interesting though, you'll need to actually get the note data into the sequencer to mess with it. Right-click on the track and from the menu, choose Convert Pattern Automation to Notes. 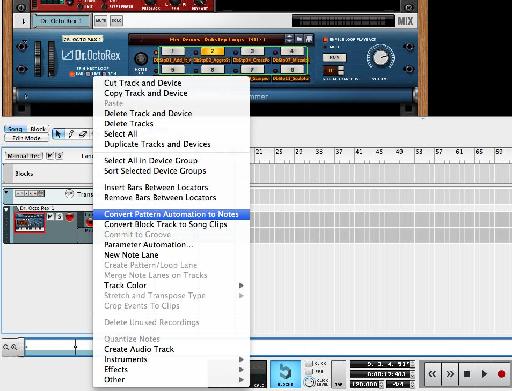 This deactivates the Pattern lane so that you don't get doubled up playback, and you'll see the REX notes are now in the sequencer. You might need to use the Razor tool to split the clip if you want to edit the different loops separately, then double-click a REX clip to open it in Edit view. 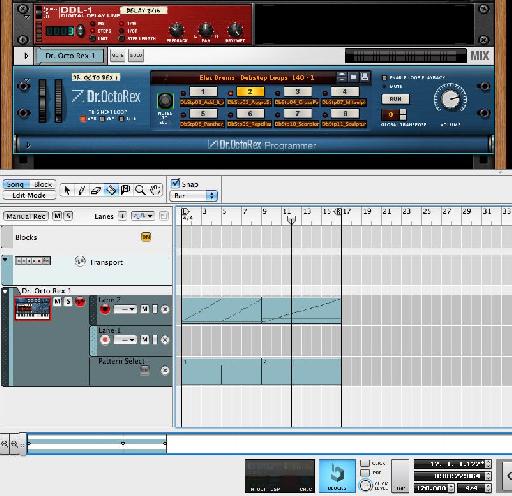 As with any REX part you can now rearrange the slices in the Edit lane to completely change the beat. 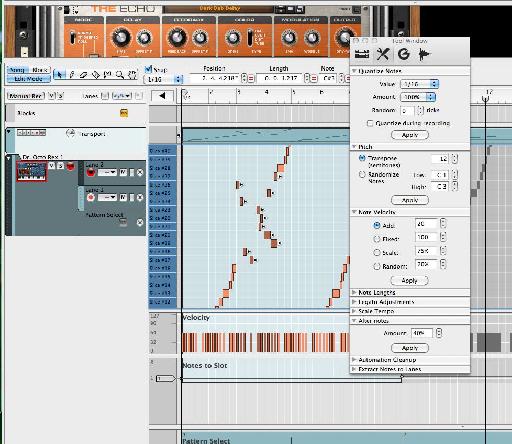 Here's a timesaving tip: select some or all of the REX slices and then from the Tool window, go to Sequencer Tools and find the Alter Notes option. Choose a percentage amount then click Apply: Reason will create a beat variation for you. Keep pressing the Alter button and you'll keep getting new variations until you hit something that works. Apply this trick not only to beats but to any other REX part! Dream It. Do It.
Do you want to learn Designing Dubstep: Beat by Beat?
Yes, I want to learn!
No Thanks, I just want to read the article.
Feedback
How are we doing?
We'd love your thoughts, feedback and questions regarding our new site. All feedback is appreciated!
We do not respond to this form! If you need support, please visit our support page.
Thank you for your input!
Your message has been successfully sent
Course Advisor
Don't Know Where To Start?
Ask A Course Advisor