All Articles Reason
Programming with Reason on the Move
Hollin Jones on Thu, July 12th 0 comments
Language
So, you're a Propellerhead Reason junkie? Can't get enough of the sounds? Pining for it when traveling? Figure for iOS not enough for those long journey's? Check out how to be a porta-pro in Reason!

Reason is a really powerful studio DAW but it's also used by many people to make music on the move. That can mean on a train, a tourbus or just generally while out and about. If you do happen to find yourself programming MIDI with just your laptop for company, Reason has some clever features that can help you be much more creative than simply entering notes into a grid with the mouse. We're not talking about the built-in sequencer devices, though these are excellent, but some other tools you may not have been aware of.

Here's a Reason project with a lot of modules loaded. Imaging we want to work on it but we don't have a MIDI keyboard to hand. The first thing we can do is call up the onscreen keyboard by choosing Window > Show On-Screen Piano Keys or pressing F4. 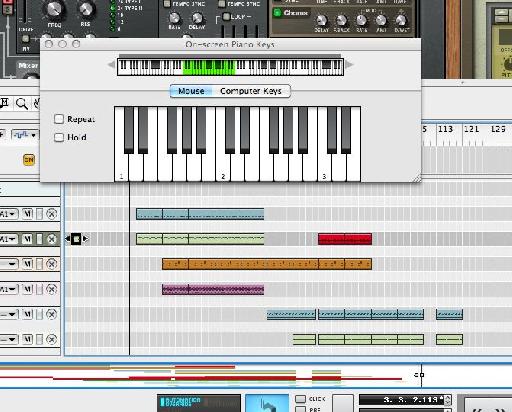 Select the Mouse tab and you can play the currently selected MIDI device by clicking on the notes. The Repeat box, when checked, will cause a note to repeat until you click a second time, and the Hold box does the same for held notes. Navigate up and down the octaves by dragging the highlighted green area. Hit Record and any notes you play will be recorded. 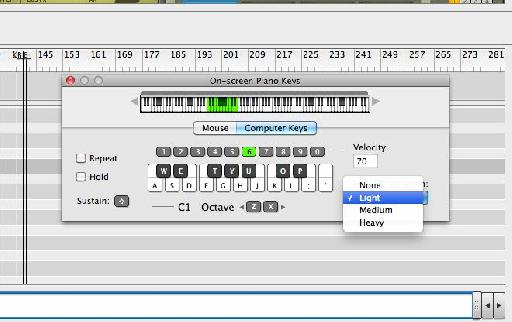 A more creative option is to switch to Computer Keys mode, which maps notes to your computer's keyboard. In the absence of a MIDI keyboard this can be a surprisingly intuitive and fun way to play MIDI parts. The number keys are velocity presets, and holding the Shift key acts as a sustain. The Z and X keys quickly shift octaves, and there are Repeat and Hold options here too. From the Velocity Variation menu you can select to have Reason automatically introduce some different velocities as you play, which can sound more natural. 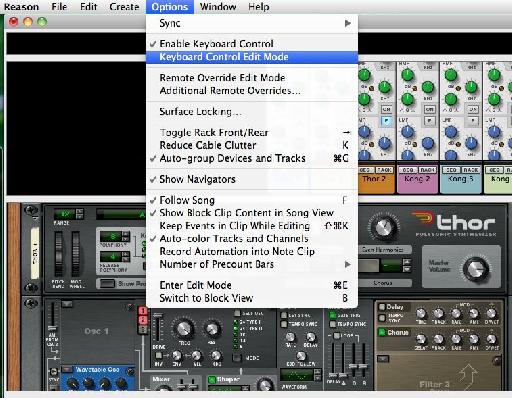 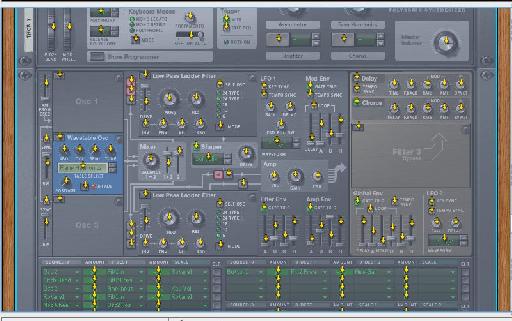 Now, modules in the rack will be greyed out until you clicl on one to select it. When you do this you will see a number of tiny arrows appear to denote what canbe assigned to keys. As keys are really on / off switches with no variables, they're good for setting things to only two states. You can't use a key as a slider for example, unless it's to flip the slider between two set values. 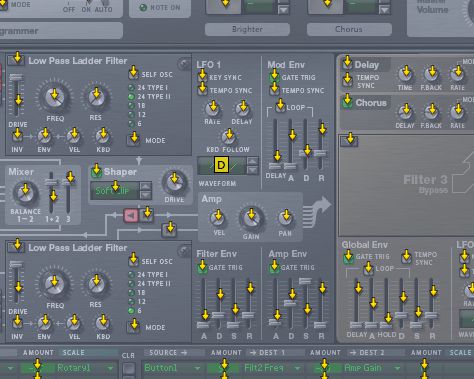 Double click on an assignable parameter and its arrow will start to rotate. Then press your keyboard key to make the link between the two. Here I have assigned the D key to change the waveform used by an LFO on Thor, but you could assign keys to anything. They're particularly handy for patch selection during live performances or for turning effects on or off. Settings are saved with the Reason project so if you use them a lot, it's a good idea to set up a template project with the settings all made, then re-save it every time you start a new project.