Origin X is the first instrument from new collective Artistry Audio. Running in the Kontakt or Kontakt Free players, it weighs in at around 4.5GB and consists of 1400 loops spread over 350 master presets, with 130 sound presets and 100 effects presets. Designed to cover a range of musical uses from scoring to regular music production, you come first to the main interface screen. 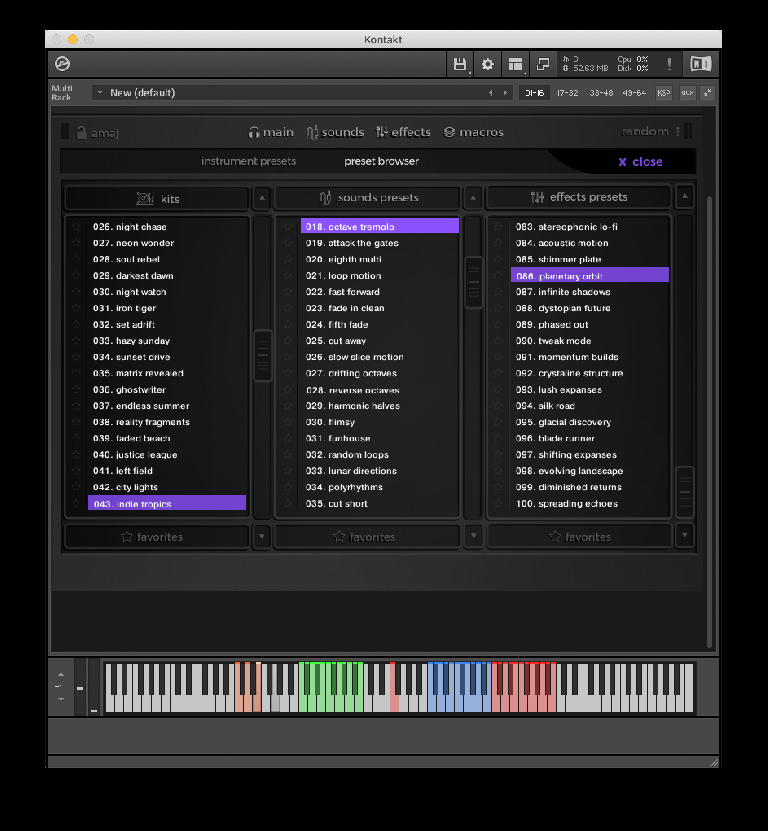 The Preset Browser has columns for kits, sounds and effects and each is scrollable, with a handy favourite option letting you quickly save your favourites. Within the Instrument Preset section you can also filter by attribute to find sounds of a certain type, and lock search settings based on parameters to further refine your searches.

There are two layers - more on this in a moment - and in the main screen you have quick access to the major controls including four Macros (which can be tweaked extensively in the dedicated Macro section) and the option to stack layers for even bigger sounds. The instrument uses Kontakt’s colour coded key system to show you which sounds are assigned to which keys, and also uses key switches to let you toggle between fx settings, playback speed and more on the fly. Each of the three options here - source, sound and effect - has a randomise button that can be used to punch in totally new settings with every use. 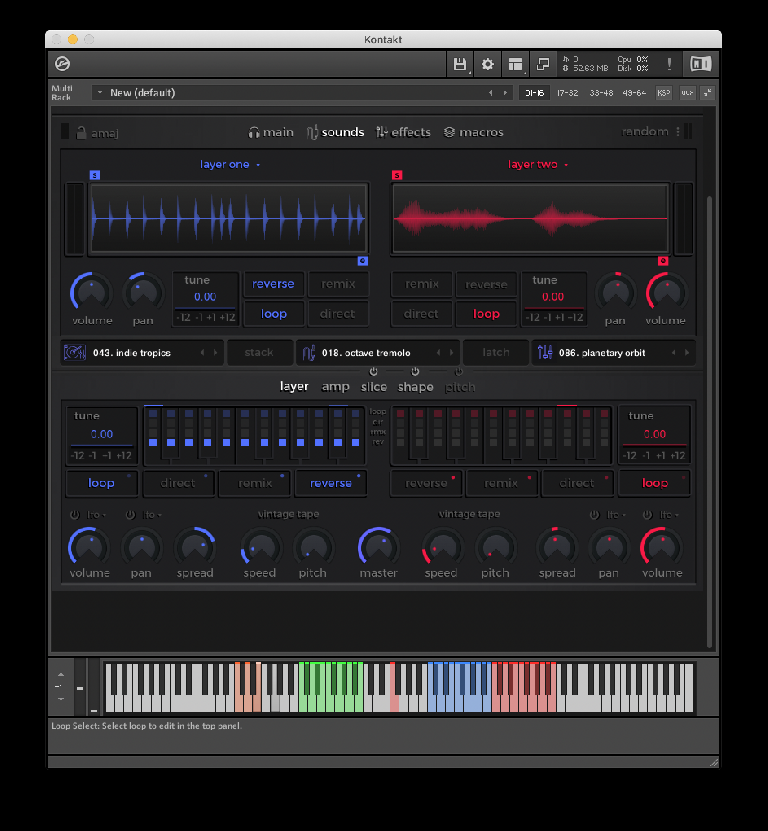 Things get more detailed when you go into the dedicated Sounds section where each of your layers can be edited. Each loop is incredibly flexible with multiple playback modes available - reverse, remix, loop and direct. Each of these modes in turn has its own settings available in the window below. Loops are automatically sliced and the different parameters (layer, amp, slice, shape and pitch) are all heavily customisable. The Remix option is particularly cool as it creates new patterns and variations for you. 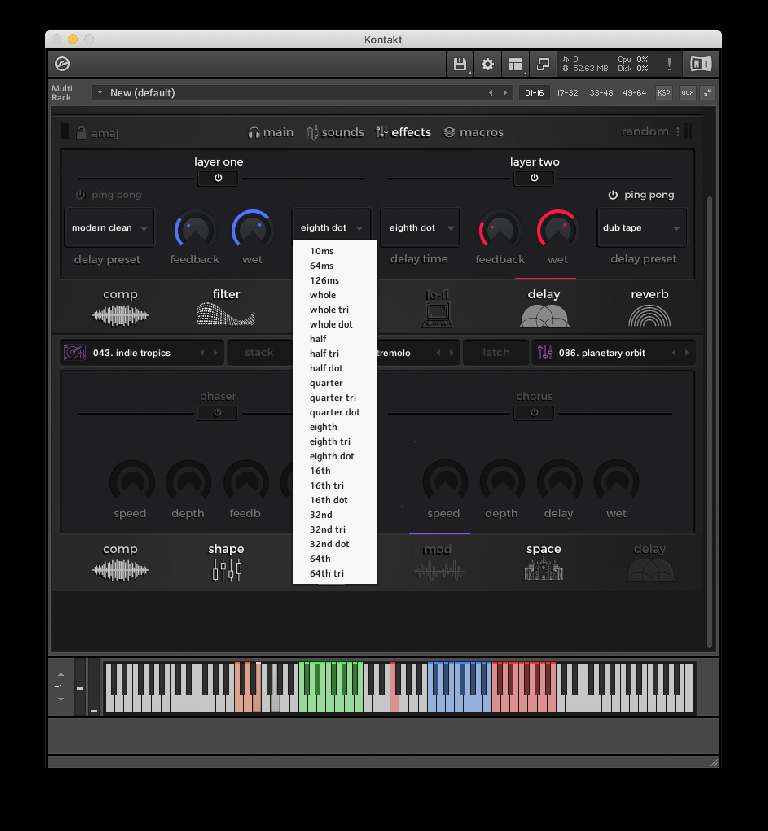 In the Effects section too, a wealth of FX are available with all sorts of options. Last but not least in the macro section, you can assign up to four macro knobs to control a range of parameters complete with preset or custom curve shapes. 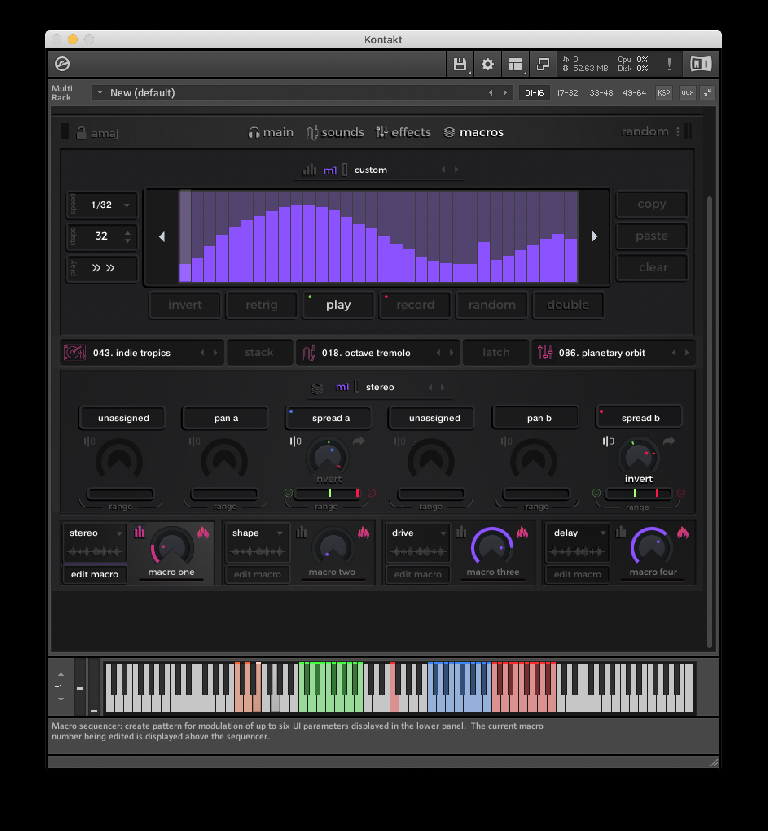 Sonically, Origin X straddles a few use cases. It’s loop based of course and so most of its presets are rhythmic in some way - often very dynamic and involving. There isn’t a single musical target going on but rather it provides you with a wide range of loops from etherial and ambient through to retro funky beats and spacy electronica. You will find loops here for dance tracks, for pop music and for soundtrack composition in fairly equal measure. They sound great too, often heavily washed in delay and reverb, though of course you can tweak this.

As accomplished a musical tool as it is, Origin X does have a bit of a learning curve, especially if you intend to delve into its advanced sequencing, loop editing and macro options. You can just use it out of the box of course but if you do choose to get into customisation, and you really should, you’ll need a little time to figure out what lives where. Alternatively you may take the view that since everything stays in sync, you are just free to experiment.

Cons: With so many options it can be hard to keep track of what is going on until you’re more familiar with it.