Arturia has been making emulations of classic synthesizers for many years that have a reputation for authenticity and quality. So it was with some excitement that I got my hands on V Collection 5, the very latest release that includes practically every software product the company makes. When developers get a large enough stable of instruments they often choose to offer bundles at a significant discount to buying them individually. In this case the bundle deal represents a huge saving over buying even a smaller selection of the included instruments. So if you had planned to buy four or five separately, you’ll almost certainly get far more bang for your buck by getting the whole collection.

With so many instruments included there’s not space to go into each one in great detail so we’ll concentrate on what’s new. The collection still runs in standalone and plug-in mode in all major formats on Mac and PC, and you can manage installations, demos and updates using the Arturia Software Centre app. Many instruments have been carried forward from the previous collection (with the exception of Spark 2 which is no longer included), but all have had upgrades. For a start there’s a new, common interface system for the apps themselves, regardless of the instrument. There’s always a menu at the top left where you manage app settings including window size, so you can fit your instrument to any screen including hi-res monitors. 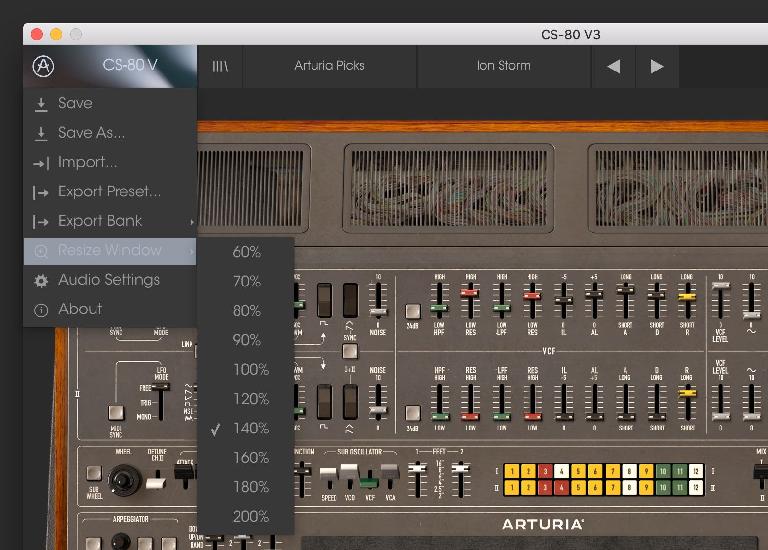 A unified menu system with access to app settings

A new, unified browsing system provides quick access to presets and there’s easy searching using tags as well as the option to add your own tags. Analog Lab 2 has a Playlists feature so you can build lists of your favorite patches and switch between them during a performance. MIDI learn is fully implemented with a straightforward assignment system and you can build and save MIDI maps: Arturia’s own hardware controllers are supported natively of course. 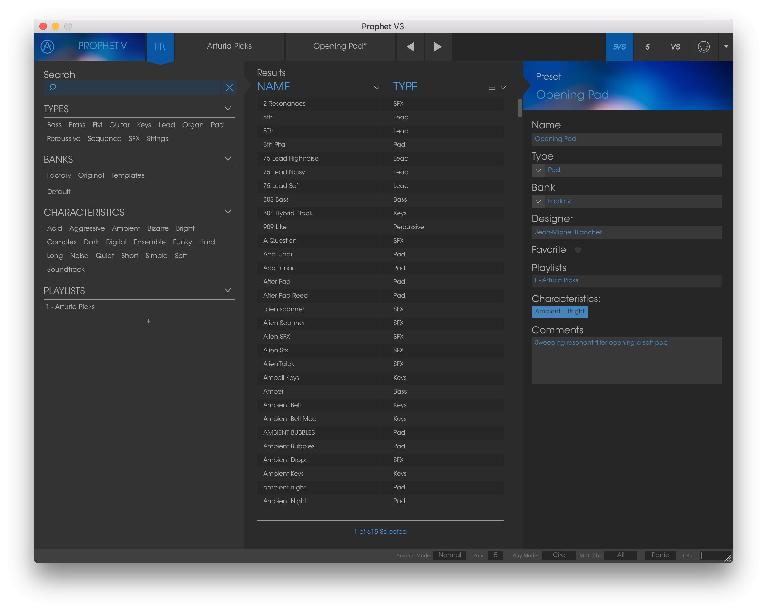 The new browser complete with tags

Existing instruments like Jupiter-8 V (now renamed Jup-8 V), Mini V and others have had new features added that are revealed using an “advanced” menu button. These include instrument-specific tools like arpeggiators, modulators, motion recorders, effects and other things not included in the original hardware. This approach has allowed Arturia to retain the original instrument interfaces, modeled on real hardware, while adding new features that make them significantly more powerful to work with. These often tie in with the MIDI assignment system too. There are a few instruments that don’t have these new advanced control sections, but most do. 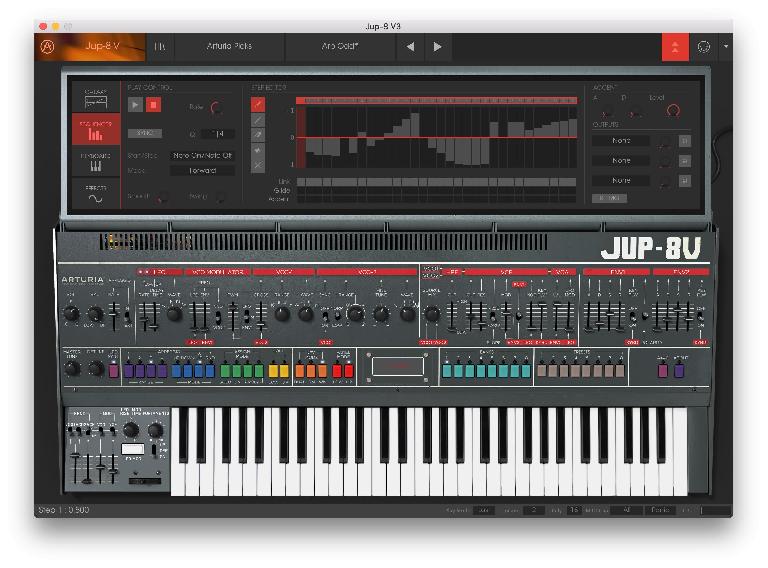 The new advanced section differs for each instrument

The V Collection has expanded beyond synths to include retro keyboards and organs but before we get to those, one of the most interesting new instruments is indeed a synth, the Synclavier V. The Synclavier was a very exclusive and fantastically expensive synth designed in the early 1980s and used by massive artists and film composers, that became a signature sound both in Hollywood and the charts. Arturia has worked with original programmer Cameron Jones to recreate it digitally, complete with its unique combination of additive and FM synthesis. 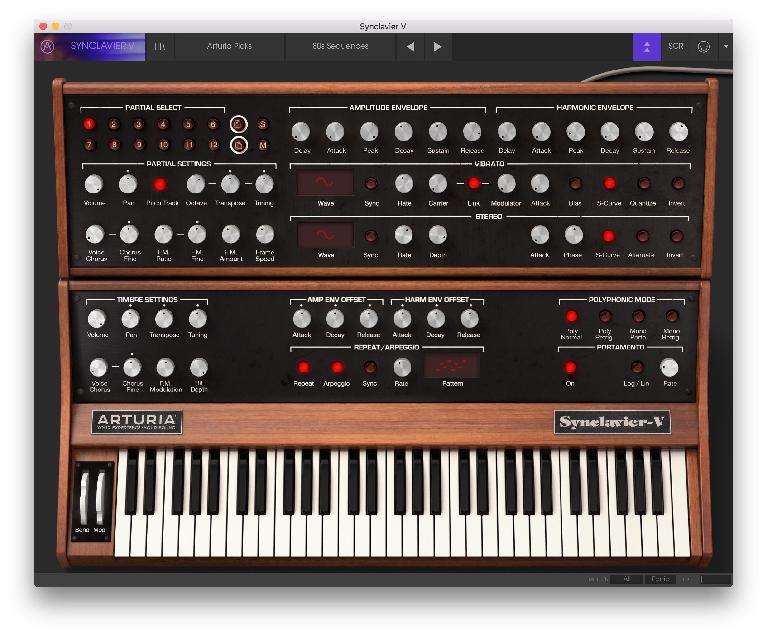 Synclavier V sounds absolutely gorgeous: running the gamut from ethereal, evolving soundscapes through to terrifying, crunchy electronic sequences. An advanced control panel lets you play with detailed parameters and there’s also a special programmer section providing control over 12 partials (the original had 4), Time Slice Engine and 24 additive harmonics on both the carrier and modulation oscillators. It really does sound unique, and weirdly both classic and modern at the same time, though that may be something to do with the fact that instruments and sounds like this have found their way back into film scores and popular music in the last few years. Suffice it to say, it’s a breathtaking synth that I will be putting into service right away. 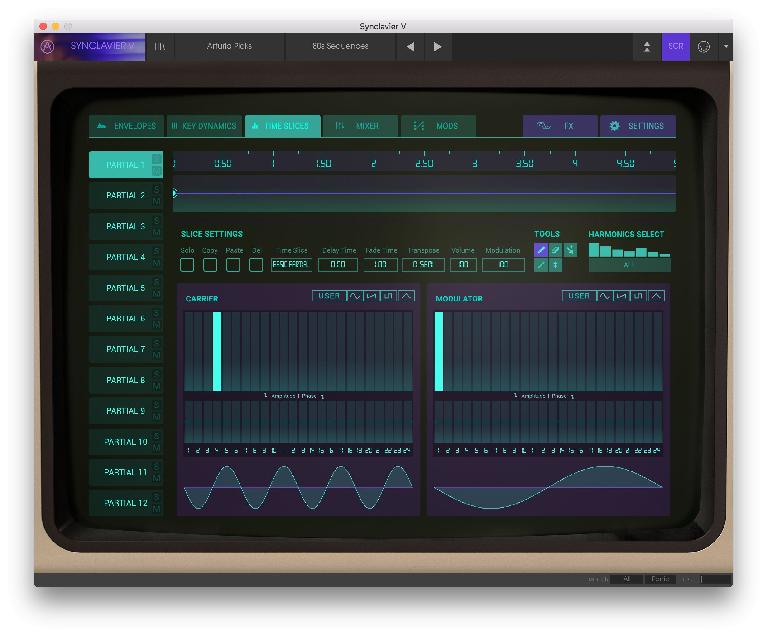 The other new instruments are actually vintage keys rather than synths. B-3 V is a great-sounding tonewheel organ modeled after the Hammond B3 and as well as on-board effects and an amplifier, has an advanced section that lets you create mod envelopes that control the drawbars over time, as well as fine grained controls for setting key click, note bleed and so on. It’s capable of everything from mellow jazz through to full-throated rock. Farfisa V is another organ, again with fully modeled controls, effects and an amp as well as access to the internals of the instrument where you can tune individual notes and shape the sound in ways not possible in the original. 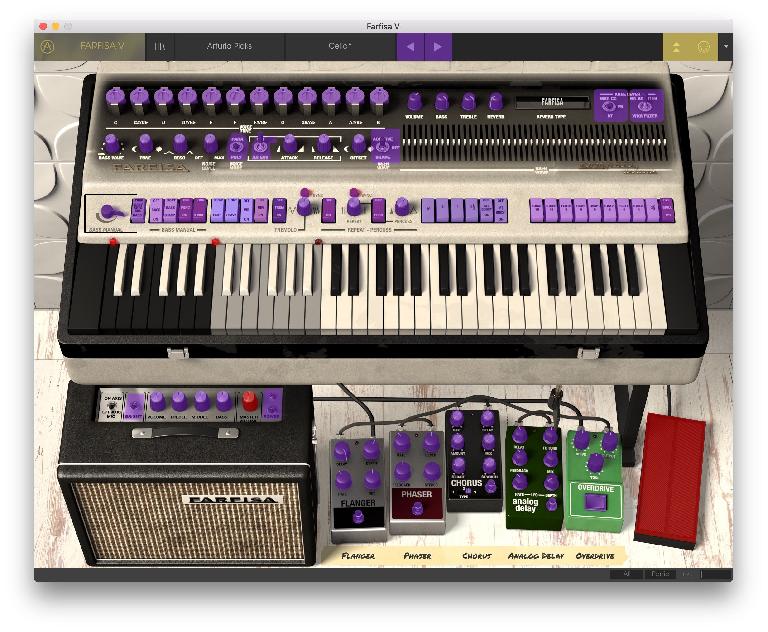 Stage-73 V is modeled on a Rhodes, and in addition to having a bunch of great presets (as do the others), lets you tweak the behavior of the tines inside the casing to make unique voicings. It does everything from dusty soul through to weird special effects. Last but not least is Piano V, a bit of a departure for Arturia but a welcome addition with 9 different acoustic piano models available that use advanced physical modeling rather than samples. As you’d expect you can delve right into the characteristics of the sound, tweaking tuning, mechanical noises, lid position, mic positions, reverb and EQ. It’s a beautiful sounding piano covering everything from stately classical to intimate ballads. The fact that it doesn’t use samples also means a huge space saving on your hard drive. 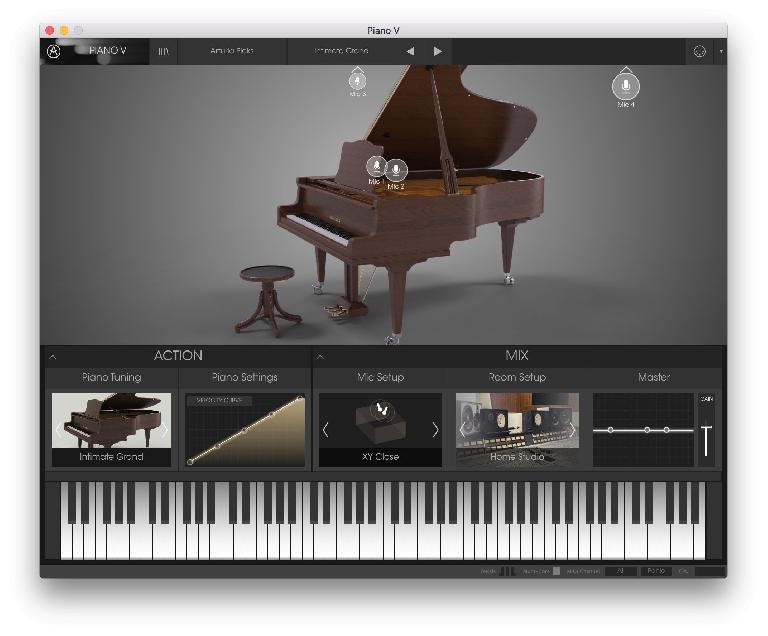 The final instrument is Analog Lab 2, a collection of sounds Arturia has picked from among the best the other instruments have to offer. This much-streamlined update is far easier to work with than before and shares the new browser, meaning that presets you create in other instruments will be available here too and all V Collection 5 presets can be opened in Analog Lab 2. If you have an instrument installed and activated (which you will do if you have the whole V Collection) you can open the instrument’s main interface inside Analog Lab to tweak sounds and make MIDI assignments. Otherwise you get a more basic set of controls, if you have Analog Lab 2 but not the whole V Collection. Sounds can be single or multi, with Multi mode letting you layer and split two patches across the keyboard, with an on-board mixer and FX section providing further flexibility. A new Macro section makes assigning hardware MIDI controllers easy in Multi mode, and Arturia’s own hardware controllers are pre-mapped to save time. V Collection 5 comprises 17 instruments so we’ve only really scratched the surface here. It’s very good value considering the range of sounds on offer, the power, quality and flexibility of the instruments and the massive saving you make versus buying instruments individually. There is upgrade pricing if you’re an existing customer, which you will see by logging into your Arturia account. Branching out into organs, retro keys and pianos instead of only synths does widen the appeal of the collection, and Synclavier V has to be heard to be believed. There’s such a variety of instruments here, each with so many cool presets, that everyone from rock bands to indie producers, EDM people and soundtrack composers will find plenty of inspiration. The new interfaces help too: stripped down and standardized, much quicker and easier to use.

Cons: Spark 2 no longer included. Really nothing else except if you’re genuinely only after a couple of the instruments, you should probably just get them separately.