All Articles Review
Review: Beatmaker 3
G.W. Childs IV on Mon, September 25th 1 comments
Portable DAWs have got really powerful over the years, and Beatmaker was one of the first on the scene. Now at version 3, G.W Childs finds out if this really could replace his desktop system.

If you remember the launch of the iPad, than you’ll probably remember Beatmaker coming out at launch. A sick, mobile DAW that had graphics and features that rivaled many home computer based apps. Recently, Beatmaker3 was released, a major update for the tiny DAW. In this review, I’d like to tell you all about it!

Getting Bigger Every Day! 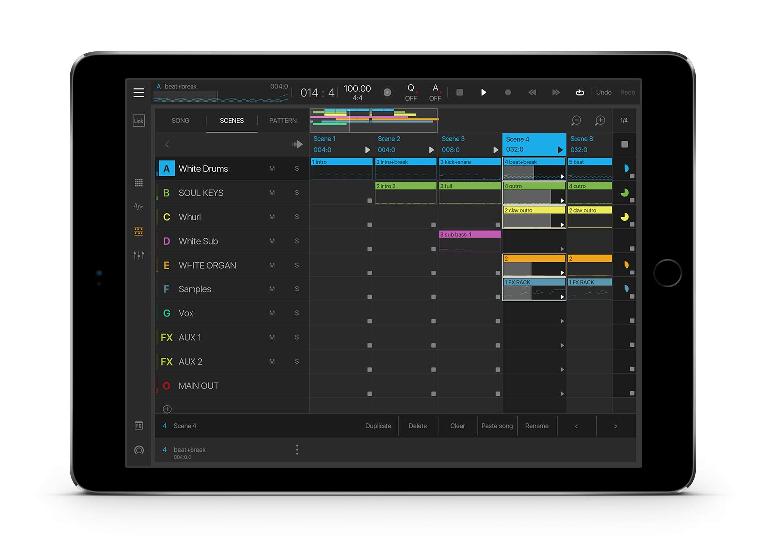 Much like a small child, apps grow over time! And since it’s been a while since I’ve jammed out with Beatmaker, it’s a lot like seeing a kid you used to know, that’s gotten a little bigger and smarter. Actually, a lot’s changed with Beatmaker. The graphics are much more streamlined, darker and beautiful. But the cosmetics, as grand as they are, don’t hold a candle to all the actual features that have been added.

These days, the sequencer is unlimited in terms of tracks, the number of effects available (14 total) are unlimited per track slot, you can slice loops in it, it has CoreMIDI support, and you can sample inside the App. What do I need a DAW for again? 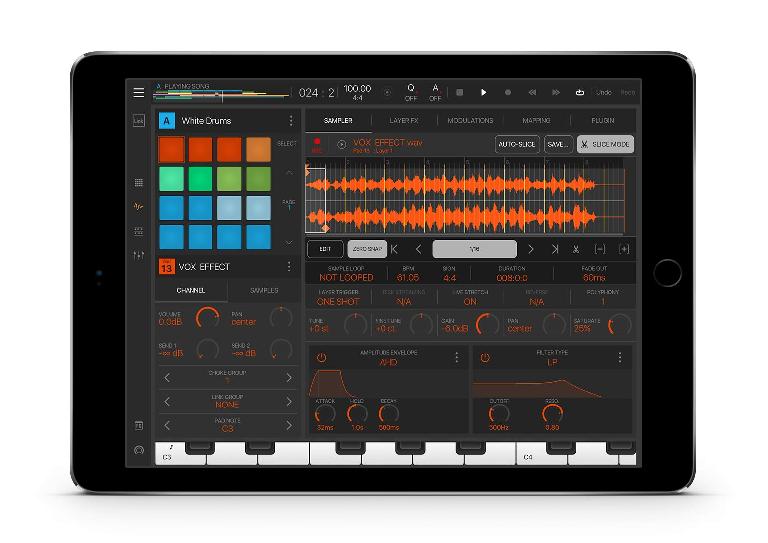 Initially, when I started back into Beatmaker, I was a little bummed with the amount of presets that were available. Only 4? However, when I finally got the guts up to go in to the purchase area of Beatmaker3, I was excited to find that there were a couple of free packs that have tons of drums, synths, effects samples and more. So if you picked up Beatmaker 3 and you’re feeling a little ripped off in terms of sounds… don’t worry, just hit the shop! 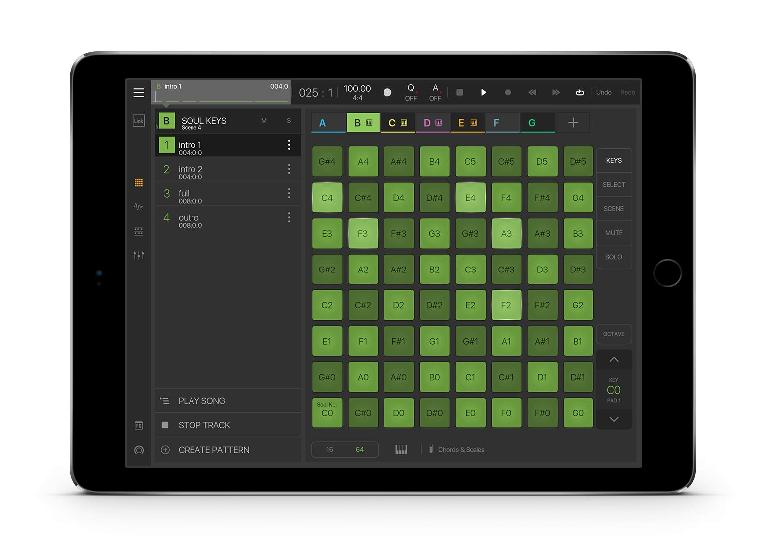 As I begin to experience the additional content, I begin to fall back in to the cozy reliability of those amazing Beatmaker pads. The response time is incredible and thoughtful options for playing, like Roll, Pitch and Mod Wheels and even a virtual sustain pedal make what can usually be a somewhat limited experience within the parameters of a touch screen seem more like an experience with a piece of really in-depth hardware or a hardware instrument. And with the undo and redo buttons up in the top right corner, the workflow can actually rival a hardware DAW.

The pads themselves can be configured on screen to only show 16 pads at a time, out of the 128 that are available for each track. There is even a keyboard mode, in case you are more of a key master than a beat master. 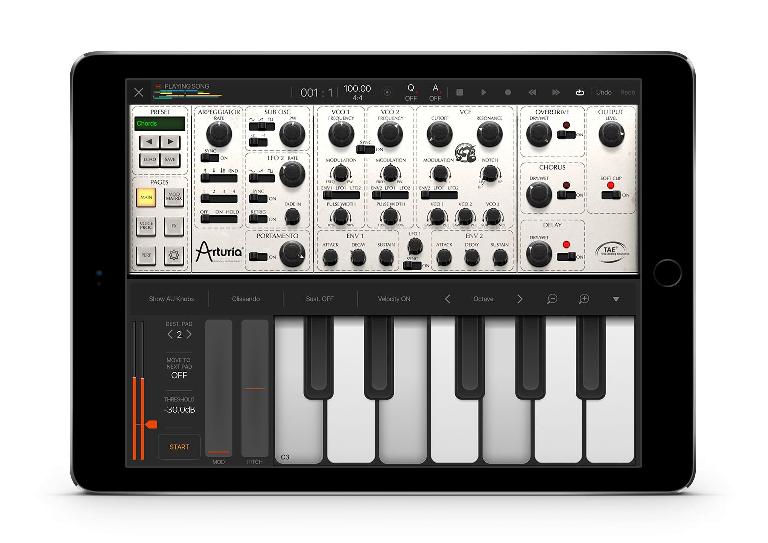 Audio tracks are something that I never experienced in Beatmaker 1. Inputs can be set up for your internal iPad/iOS device or an external audio interface can be set up along with a MIDI controller, just like a big DAW!

For me, Beatmaker 3 is the most robust and stable portable DAW on the iOS market. Because you can sample, create your own banks and record unlimited tracks which can hold obscene amounts of sample data, I am seriously considering trying out Beatmaker 3 for live shows, as all of the elements are in place. Considering that sampling is so easy and so friendly, Beatmaker 3 could easily wind up being the session DAW that helps me actually write my next album!

Pros: A powerful, portable DAW for iOS that has unlimited tracks, its own internal effects, audio tracks, 128 sample pads per patch, true internal sampling and much, much more! Great workflow and documentation.

Learn more about making music with iOS in the AskAudio Academy here.
Related