It seems like just yesterday when we were all wondering, and speculating on how cool Bitwig was going to be, and all of the new things that it was going to bring to the table. Now, we’re coming up on to the very first major update for the freshman DAW, and with it we’ve received an update that not only fixes some issues, but also brings even more new features. But, is it enough?

Gifts for the Holidays

The 1.1 update for Bitwig is no small fix. Granted, there are several major stability issues that are taken care of here. But, you can tell that the developers wanted to have something to show before the holidays, and the Winter NAMM rolled around. So, in addition to fixes, new features and new devices have been introduced. One device, Audio Mod, I’ve already gotten hooked on. It acts as an envelope follower for any incoming audio signal. Once you’ve got signal, you can send modulation to other effects, or instrument parameters to make some killer modulation. And, because you can drop Audio Mod, and its bro Note Mod in any part of the effects chain, Bitwig might have just become king of modulation, period. Or, at least it’s become much more formidable.

Oh, and it’s not just small, little devices. Bitwig has also been updated with some needed pro audio devices that will greatly appeal to those of us who, on top of being sidechain crazy, would also just like to sound good. A De-Esser has now been added, an inclusion I’ve wished Ableton would explore, rather than just give us a couple of presets that point us in the right direction towards getting the ‘Ess-esss’ out of our recordings.

One of the biggest audio/plug-in enhancement lays with the advanced multi-out support. Now, you can actually store your VST plug-ins with sidechain and modulation assignments, and even effects with your custom presets. This particular feature took me off guard, and has already changed my way of thinking about custom presets in regard for shows, studio, and session. For example: I dropped in an instance of Massive, created a bass synth, then dropped an LFO MOD device and a Comb Filter on to Bitwig’s container device for Massive, which has now become like a Rack, similar to Ableton Live. Within this container device, holding Massive, LFO, and Comb, I’ll modulate the Filter Cutoff of the Comb device, with LFO MOD. Now, when I save this patch, I don’t have to reload LFO MOD, Comb Filter, and Massive. No, now they all appear, and are still modulated, just the way I left them. In a sense, every VST you bring into Bitwig, now, becomes a container!

When you add this to the fact that there is now some crazy Multi-Out support for plugs like Kontakt, Stylus RMX, Play and all of your favorite multi-out plug-ins, I think we can both agree, we should start seeing some insane patches in the future. The main plug-in track, itself, now folds up each additional output within the session view, similar to the way Ableton Live’s Drum Rack works with each individual portion of the kit getting its own sub-track, grouped.

Oh, and it won’t just be composers who will be happy. DJs now have their beloved cross fader, included in 1.1.

While the Bitwig team has outdone themselves with some mind-blowing new features, there are still some subtle bits of polish missing. Auto-Quantize, a feature I use a lot in all DAWs is still missing. You have to manually press quantize within the Inspector field, or manually move notes to the gridlines. This is no big deal for people that only focus on DJing and audio loops, but it’s frustrating if you’re used to being able to quickly tap out beats, quantized.

Editor's Note: The "Automatic quantization of recorded notes" feature has been added to Bitwig 1.13 since this review was written.

1.1 is a huge step forward for Bitwig, and possibly to the industry as a whole. The modulation and multi-out support really brings a new workflow that is much faster, in my opinion, than what we’ve seen from some of the other DAWs. And, with the way the developers are showing such thoughtfulness towards what we as users are asking for/missing; I think we’re going to be growing into a Bitwig that will carry us for a long time.

G.W. Childs IV
Sound Designer, Musician, Author... G.W. Childs has worn many hats. Beginning in the U.S. Army back in 1991, at the age of 18, G.W. began learning electronics, communications and then ultimately audio and video editing from the Department of Defense. Upon leaving the military G.W. went on to work for many exciting companies like LucasArts, Lucasfilm, Propellerheads, Cakewalk, Midway, MTV. With all of these exciting companies he's either worked as an editor, or sound designer, even sometimes as an actor. G.W. is currently working as an author for Cengage Publishing. He has written the titles 'Creating Music and Sound for Video Games', 'Rewire: Skill Pack', and 'Using Reason on Stage: Skill Pack'. As a musician G.W. has played for years in the band Soil & Eclipse on COP International Records. Additionally, he's worked as a remix artist for acts like Gene Loves Jezebel, Ray Charles, James Brown, Chiazm, Razed in Black, and more.
Related Videos
Comments (4) 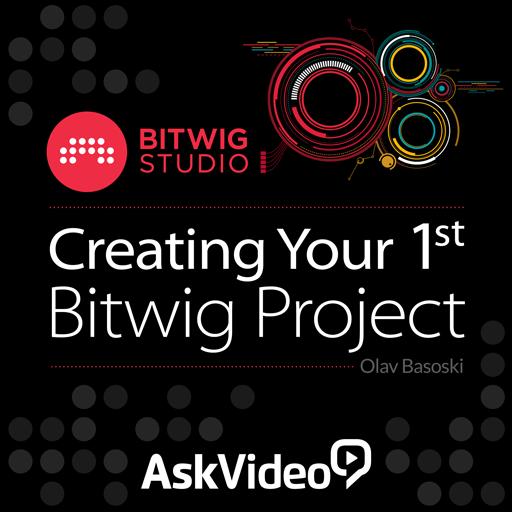 Dream It. Do It.
Do you want to learn Creating Your 1st Bitwig Project?
Yes, I want to learn!
No Thanks, I just want to read the article.
Feedback
How are we doing?
We'd love your thoughts, feedback and questions regarding our new site. All feedback is appreciated!
We do not respond to this form! If you need support, please visit our support page.
Thank you for your input!
Your message has been successfully sent
Course Advisor
Don't Know Where To Start?
Ask A Course Advisor