Before BossJock Studio, if you wanted to put together an audio-based '˜show' combining voice-over, music tracks, jingles and stingers without a dedicated radio studio, you would have assembled it in a DAW such as GarageBand. The developers of GarageBand on the Mac, aware of this need, added easier ways to '˜duck' music tracks when another signal such as your voice is present, and included a huge library of effects and other audio materials. BossJock Studio allows you to combine all these elements in real time, as you would on a real radio show, and share the finished result so that you the broadcaster can focus on content and not on technical skills!

You will note I haven't used the word podcast yet '" too late. BossJock Studio is of course ideal for podcasters, but remember a show only becomes a podcast when it is published to an RSS feed (see below). 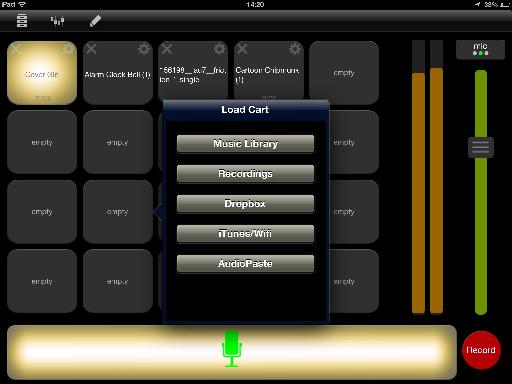 All the audio you need for a show can be preloaded, or loaded '˜on the fly', into up to 35 carts which are also buttons which trigger the sound. These carts can be reloaded with a new sound as many times as you wish during the course of the show. In true radio fashion your voice is added to the mix only when you tap-and-hold the big '˜Mic' button at the bottom of the screen. The all-important ducking happens automatically, but can be adjusted to taste in the settings if required. 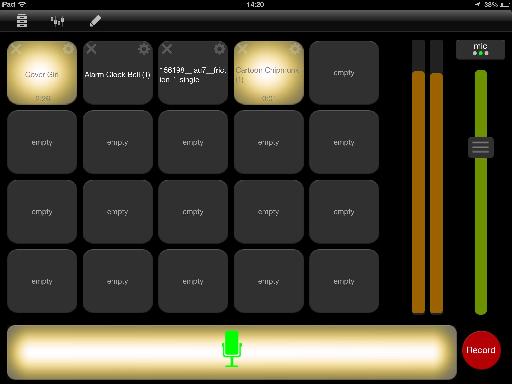 Triggering a song and a sound effect while recording voice.

You will quickly want to create a library of sounds for your shows. BossJock Studio allows you to add audio from the following sources: 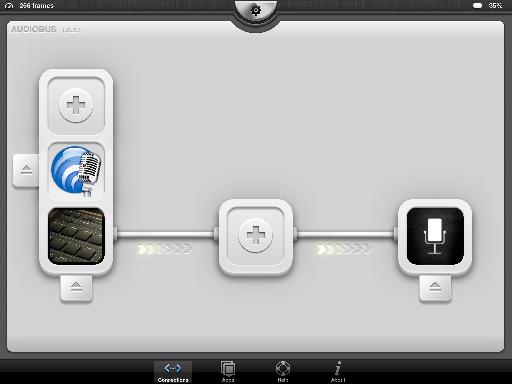 Although adding large numbers of audio files is easy enough via iTunes file sharing one limitation for me here is the fact that you can't organize files and folders using this method. Given that you are likely to want access to hundreds of files, it would be a really useful addition if BossJock Studio allowed the creation and management of folders for audio files. For this reason I currently find DropBox an easier solution, simply because of the ability to organize files and folders, but it does of course require the device to be online.

You can export your recordings using the following services: 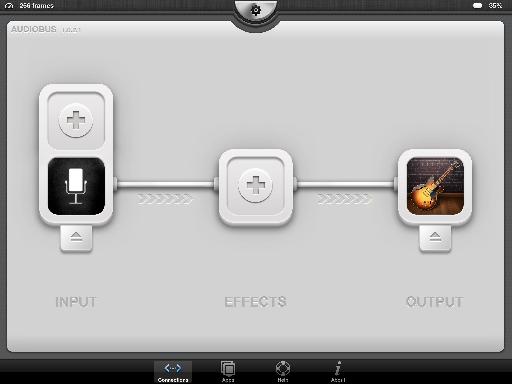 Recording BossJock into GarageBand via AudioBus.

The developers of BossJock Studio are also involved with LibSyn, the podcasting service, so it shouldn't come as a surprise to hear that the two are tightly integrated. Using a special LibSyn FTP address allows you to upload and publish your show in one go directly from BossJock Studio! 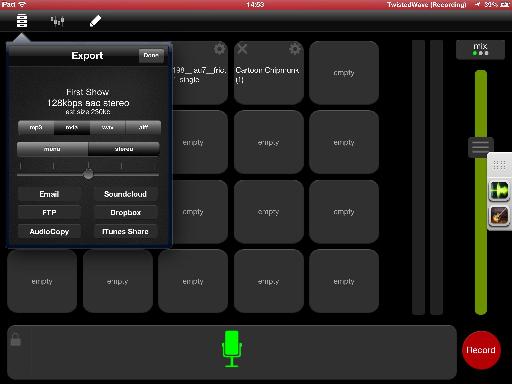 BossJock Studio really has blown all previous computer-based methods of creating a radio show out of the water, making it very easy to record a live radio show just as you would in a real radio studio.