All Articles Review
Review: KRFT
Matt Vanacoro on Fri, August 4th 0 comments
KRFT from Studio Amplify is a multi-talented application that brings a whole new perspective on music creation and sequencing. Matt Vanacoro took it for a test drive...

KRFT is the ‘open world game’ of iOS music apps. Studio Amplify has created a piece of software that challenges musicians everywhere to rethink what they expect from their instruments, their DAWs, and their samplers. It’s modular, it’s open, it’s the wild west of music software, and I love it. 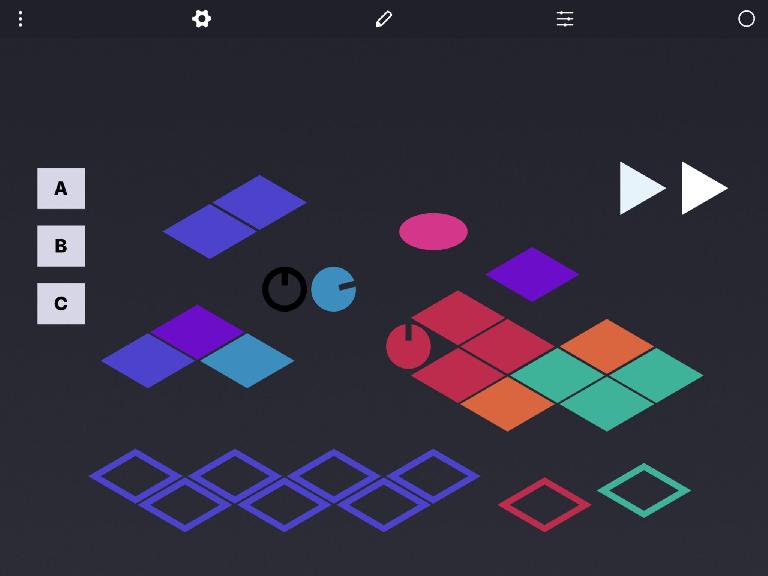 Studio Amplify has provided a highly optimized sound engine with basses, leads, drum kits and sound effects to utilize. These instruments contain plenty of presets, and there are enough effects and filters to create endless variations. The instruments are mainly electronic-oriented, but you can pipe in your favorite iOS sounds via AudioBus - which leads me to…

You can control MIDI devices and other iOS MIDI apps with KRFT. Why would you want to? Well, imagine creating your own controller from the ground up. What would it look like? What would the various buttons control? What would they be shaped like? Which controls would be linked? The beauty of KRFT is that YOU get to answer all of these questions. Use the grid to arrange triangular buttons that represent the various pieces of your favorite drum kit and in a row that you can play with one hand - it’s all up to you. 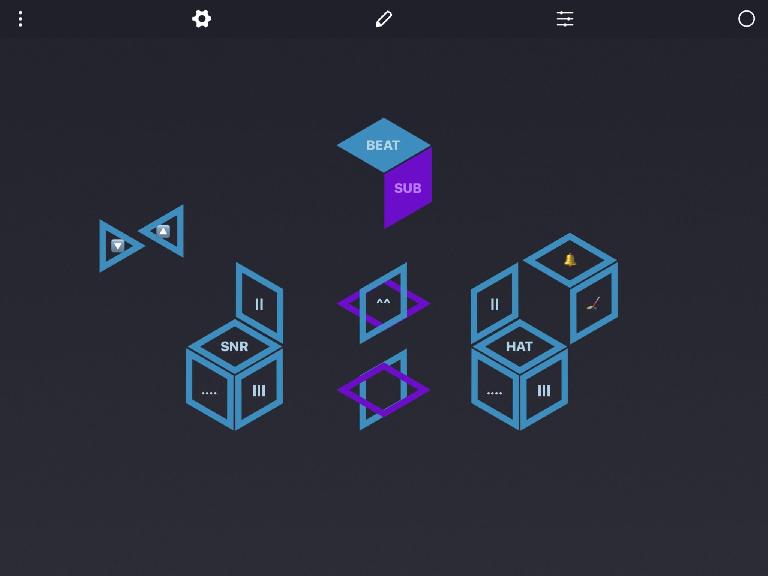 KRFT allows you to connect anything to literally just about anything else. You can link bass notes to drum elements, create a knob that adjusts the filter of the snare, or make that same knob adjust the filter of your entire drum kit. Create a looper, sample audio, adjust the pitch of that audio, and trigger any of those actions with just about any shape or screen control. It’s musical and extremely fun. You’ll want to share your work with everyone, which reminds me… 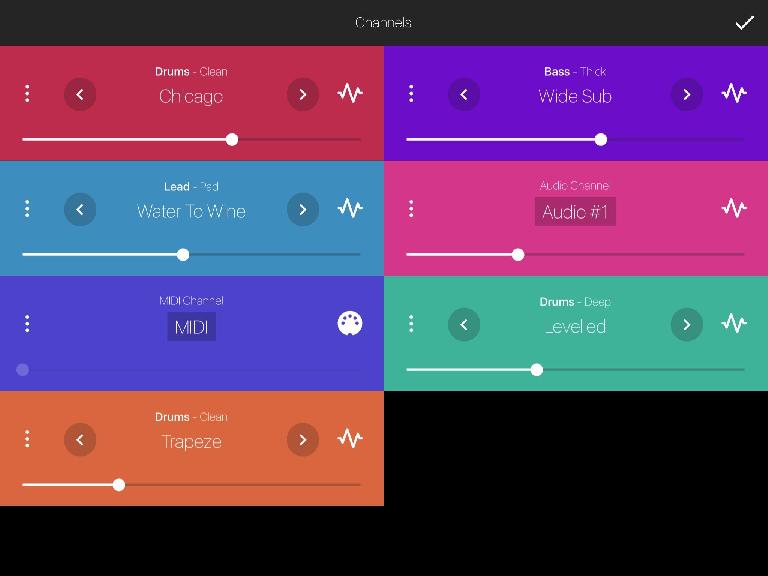 After you’ve set up your drum instrument and created your interface, you can get to tracking! Features like auto quantizing and layering MIDI on top of MIDI a la Ableton Live give KRFT the feature set it needs to be considered a DAW. Set the tuning, tempo, and feel of your song as a whole from the settings page. Record your musical performances to the recordings tab where they can be shared as M4A files later on. Speaking of sharing…

Once you’ve made your perfect ‘surface’, you shouldn’t keep it to yourself! You can share your surface with the rest of the KRFT user network from right in the app, and you can browse all of the other surfaces developed by users in the same place. There are a TON of really creative surfaces out there, and they make a great starting point!

I was quite intimidated when I first opened KRFT. The concept of starting from square one can be a little overwhelming, but checking out what the other users of KRFT have done provided endless inspiration and I was up and running quickly. After downloading and tweaking some community patches, I was confident enough to create my own from scratch, and I’m really glad I did. KRFT is fun, expressive, and fantastically creative. I do wish it ‘held my hand’ a little more in-app from the start, but there are extensive guide videos available on Studio Amplify’s site to remedy that.

Pros: As close to an ‘open world’ as you can get in a music app. Excellent sounds, endless control possibilities, fast and responsive interface, robust user network.

Cons: An in-app tutorial would be great, but their videos on the site are quite helpful.