As technology evolves, we are starting to see products powered by forms of what you might call artificial intelligence. We’re not quite at the sci-fi stage just yet, but software is better than ever at continually analysing content and making a guess at what might need to be done to it. We see this with photography and now audio apps too, that can take a shot at improving raw material without any real user input.

Whether you think this is a good idea or not probably depends on your skill level. There will be those who scoff at decisions made automatically by an algorithm, but for others tools like these can be very helpful. Gullfoss by Soundtheory is an “intelligent automatic EQ” plug-in that comes in all major formats.

Internally, it uses the company’s “computational auditory perception technology” to identify and fix problems in a mix. The company says it can change its frequency response more than 100 times per second without introducing audible artefacts or degrading signal quality. It lacks user-draggable EQ dials or points, but does in fact have some unique controls that you can change. Five parameters let you set the way the EQ reacts to the source material - although of course it will continue to analyse and adapt in real time too. 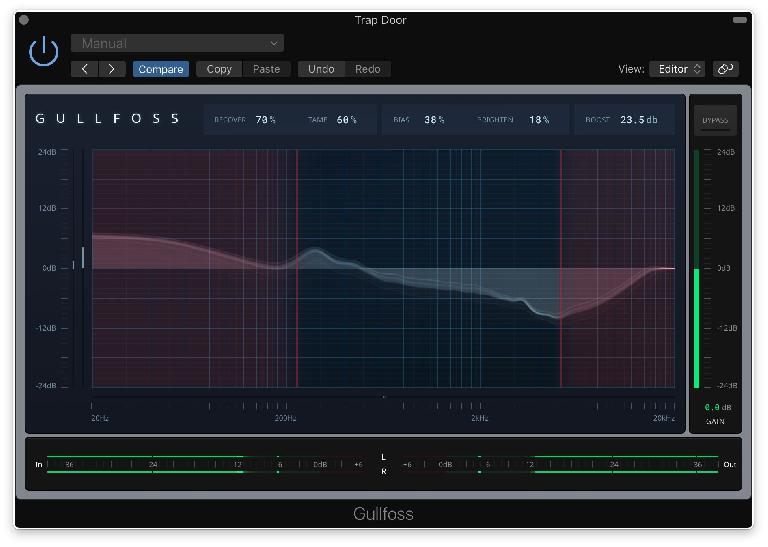 The Tame and Recover parameters can be used to control the spatial balance of a mix. Tame acts on the prominent elements, say for example a hi hat that’s mixed too loud, and Recover works on the less prominent parts of the signal. Bias determines whether the plugin opts for taming or recovering in cases where a sound is on the border of the two.

Brightness can be set to either add or remove clarity, while Boost works by altering the amount of bass frequency present. A decent selection of level meters let you keep an eye on levels, and a bypass button can be used to mute the effect. Interestingly, it’s also possible by dragging the range markers to exclude specific frequency ranges from processing. This is kind of a big deal and arguably makes the plug-in more useful. I’m not sure I’d want a whole mix having its EQ automatically changed in real time, but in a situation where for example your top end was a bit unruly at points in a mix, identifying that band and using auto EQ might be pretty handy. 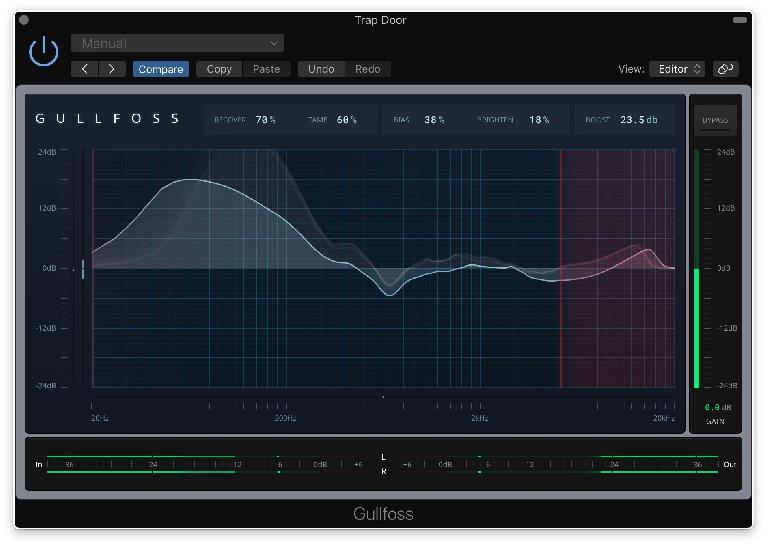 Automatic EQ is an interesting idea and I certainly see the appeal of being able to strap a sort of magic processor across a mix, tell it how much to rein in or boost certain frequencies, and then let it constantly adapt itself to keep the mix balanced. Gulfoss does work well, and whatever complex maths are going on behind the scenes do a good job of finding problems and treating them in real time. Whether you trust an algorithm to mix live for you - and that’s really what you’d be doing - is a personal matter. It seems to be able to do the job, though experienced producers might prefer the absolute control that comes with doing it yourself. There’s a free, time-limited but fully functional trial version available for you to decide.

Cons: Requires you to trust your mix to an algorithm, really. Experienced producers would argue your goal should be to be great at manually EQ’ing.