All Articles Review
Review: SPC ArcSyn
Darren Burgos on Wed, March 16th 0 comments
Language
So you want a software synth with flexible modulation options that, for change, isn't trying to emulate an old vintage hardware synthesizer but has an analog layout? Welcome to SPC's ArcSyn.

Known mostly for their gating plug-ins Gater Pro and the free Gater, SPC have made their first synthesizer called ArcSyn. This instrument is not attempting to emulate any piece of physical gear, but still works in (and is laid out like) a classic analog synth. ArcSyn’s focus of shifting modulations on pitch, filtering and waveform shapes makes it great for Experimental and Ambient, but with it can definitely produce a clean fat sub or tight lead as you’ll hear in the samples below. Let’s take a look at this cool new instrument. 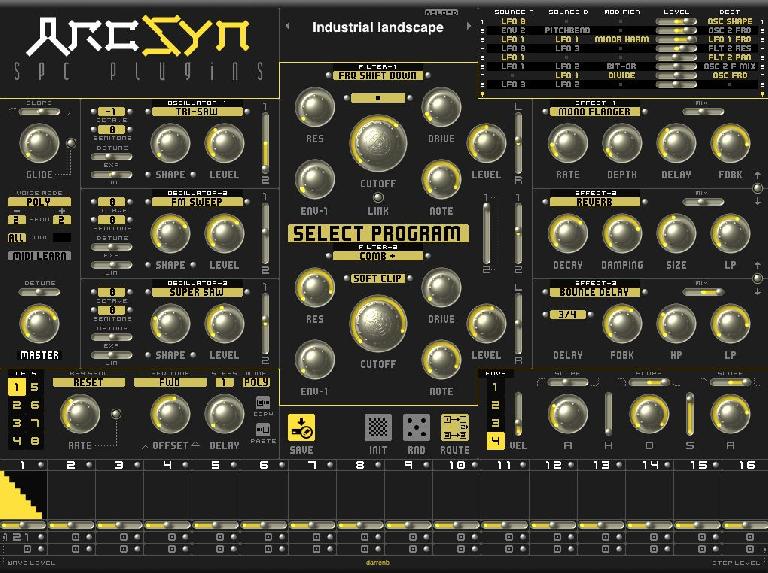 The three oscillators in ArcSyn have a variety of waveform choices like standard Saw, Pulse, Triangle, etc., but there’s plenty of others like multiple noise types, ring modulation, and various other digital shapes. I like many of them including the Cut Saw & Saw Sub Octs selection. Most of the waveforms can be “shaped” in great ways with the Shape knob for endless variation that are great being modulated. Each oscillator, of course, has separate octave and semitone selections, but the fun begins when using detuning. Detuning can be done in two different ways: EXP or LIN, both of which can play simultaneously. This detuning ability really makes the patches come alive. 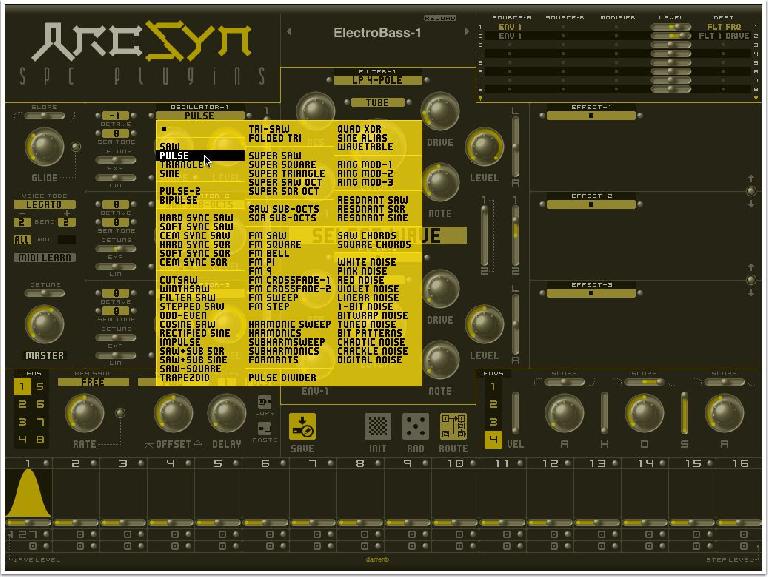 The filters are the most prominent feature of ArcSyn centered between the oscillators and the effect section. Coming out of each of the three oscillators you’ll see that there’s a vertical slider with a labeled range of 1 and 2. You use this slider as a balance into each of the two filters. There are many choices here, my favorites being the first 4 Low Pass selections, but all the standard options like Band Pass, High Pass, and many weird and fun ones like Vocal filters, and Phaser type. Each of the two filters also have a separate drive menu for selecting tube/distortion type effects and a drive amount control. 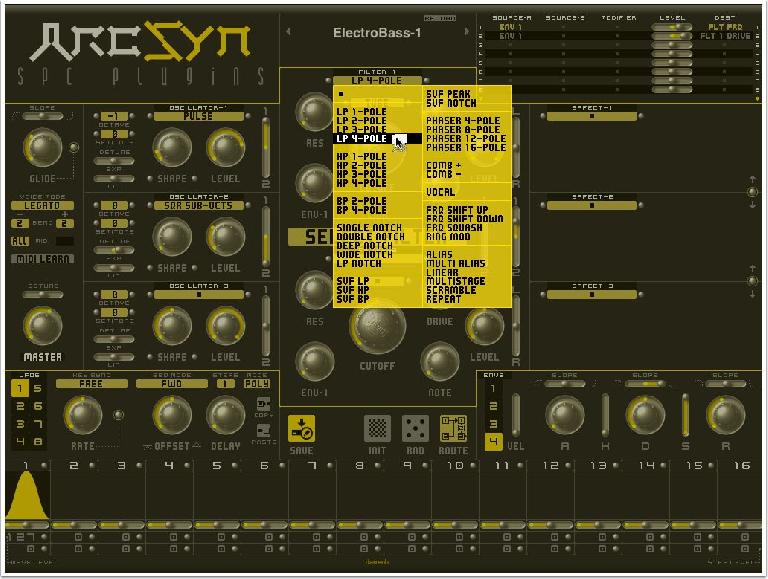 LFOs in ArcSyn don’t have just a single waveform like in your classic analog synths. Each of the 8 LFOs can be set to “swap” between up to 16 different waveform shapes in perfect sync with your host DAW… rhythmic synchronized waveform can be selected so whatever is being modulated can be evolved over time in perfect sync or not. This modulation system allows it to be used not only in expected ways like on the amplitude and filter cutoff, but on the “frequency” of each oscillator (the pitch). You can choose musical scales like Major and Melodic and Harmonic Minor as modifiers that keep any envelopes or LFOs modulating perfectly in key/scale… this is great for single note rhythmic modulations lasting several bars.

In addition to the LFOs, you get 4 Envelopes with Attack, Hold, Decay, Sustain and Release, all of which can be routed in a standard modulation screen at the upper right corner. Not only can you route things like LFOs and Envelopes to modulate targets like cutoff and amplitude, but there’s a selection of MIDI choices too like Velocity and Aftertouch. 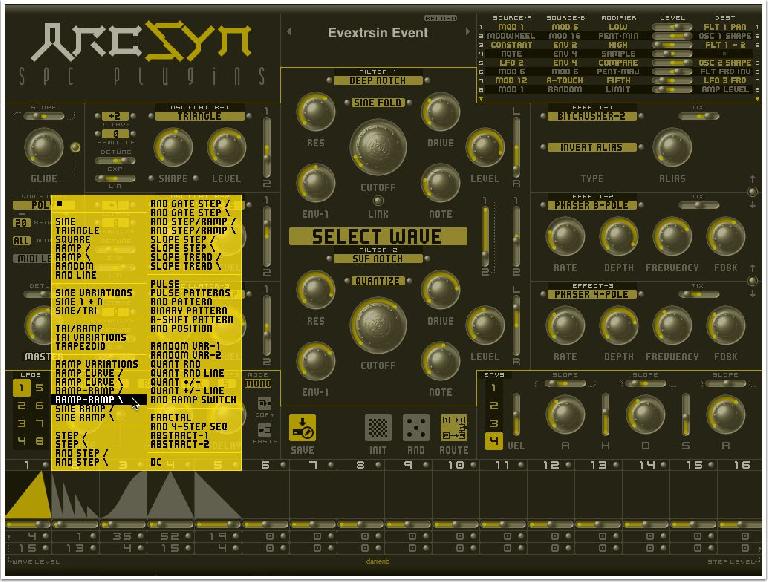 Up to three effects simultaneously. ArcSyn’s reverb sounds great with extremely long decay times from a second or less to nearly 4 hours! Some of the cleanest fades in this Reverb too… in the sample below I let the Reverb set to a Decay time of 20 seconds fade to silence. There’s plenty of great sounding effects here like various Delays, Phasers, Choruses and Bit-Crushers. The effects can be run in both parallel and series modes.

Glide with adjustable slope, several voice modes like Poly, Mono, Legato and a cool option called Rotate that moves through each of the available 16 voices per new note pressed. And a random mode!

Cons: No right-click to assign modulations