All Articles Review
Review: Spitfire Audio Glass & Steel: Shimmering Timbres
Noah Pred on Sun, August 28th 0 comments
Language
Glass & Steel for Kontakt, has been described by Spitfire Audio as "tuned percussion from another world". Noah Pred finds out how useful its found sounds are for sound designers and producers.

State-of-the-art British sample house Spitfire Audio deliver a fresh sound set for Kontakt, built on their acclaimed eDNA instrument engine. Glass & Steel is constructed from over 3000 meticulously collected samples of the eponymous resonantly tuned materials. Struck, bowed, and otherwise teased into life by acclaimed percussionist Paul Clarvis on Spitfire's Kings Cross sound stage, the resulting collection is full of unique timbres that should appeal to producers of modern techno, industrial, ambient, and everything in between. 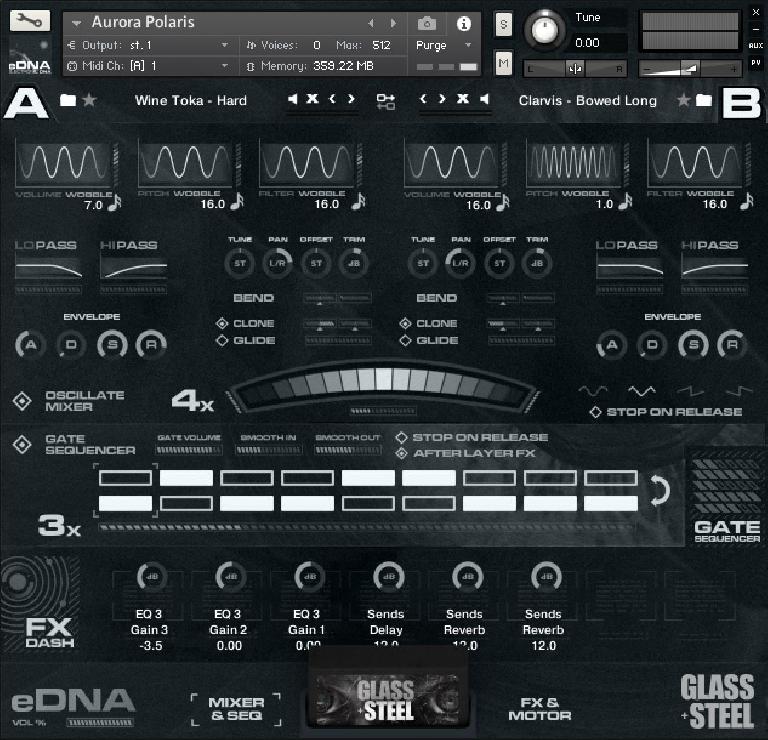 Spitfire's eDNA interface may take some getting used to, but affords a wealth of unique sample manipulation once you've come to grips with it. Every patch is comprised of two equal sample bays, designated A and B; each bay's sample can be chosen from a drop-down selection menu, and each sample can be rated up to five stars for future reference.

Both decks include separate host-synchronized volume, pitch, and filter “wobbles”—essentially, hardwired LFOs for each parameter, that can be applied positively or negatively on a case-by-case basis. Tune, panning, offset and trim are followed by dedicated high and low pass filters and standard ADSR amplitude shaping. Bend and glide amounts are available next to the handy clone control, which doubles the waveform at specified semitone and fine tune intervals for more richly harmonic results.

The true potential interaction between the pair of sample decks is revealed with the Oscillate Mixer, which can be activated as a tempo-synchronized crossfader between the two decks, allowing for casually staggered triggers or wildly morphing textures. Below this, the Gate Sequencer can impose up to a 32-step rhythmic pattern on each of the decks, with the pattern easily swappable between them, replete with smoothing and amount controls for more subtle flutterings.

A staggering array of effects awaits on the second FX & Motor panel. A master section offers EQ, Stereo, Tape Saturation, Flanger, Phaser, Convolution, and Limiting; each sample bay comes with its own dedicated Formant, Vowel, Ladder, Jump, Distortion, Flanger, and Chorus options; and finally, a pair of Delays and Reverbs along with additional Convolution, Chorus, Flanger, and Phaser are available on auxiliary effect sends. Throughout this extensive selection of effects, you can click on the Fav toggle beneath any parameter to make it accessible in the main panel. Last but not least, two Motors function as intricate LFOs that can simultaneously add movement to any effect parameters assigned to them. 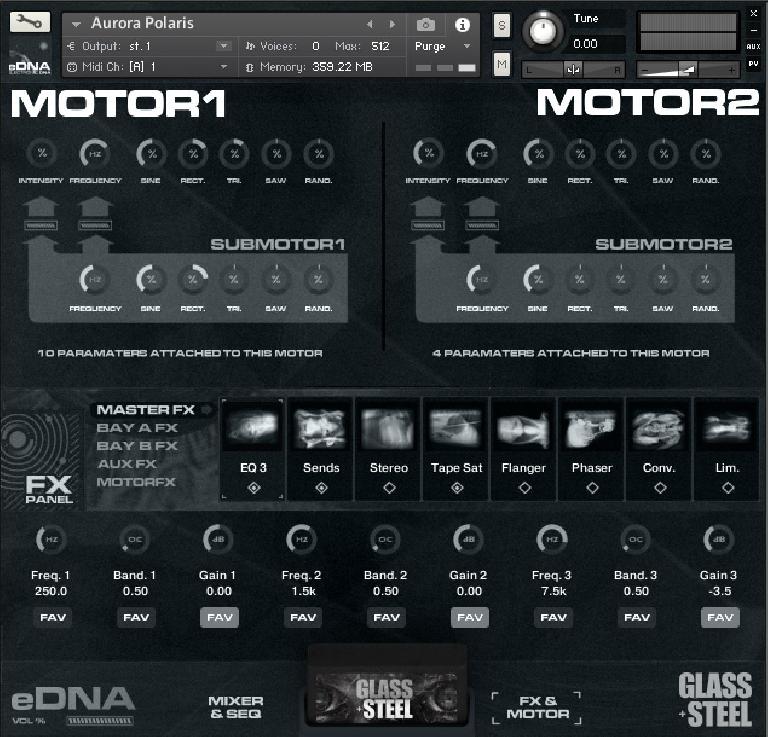 The Motor & FX panel at work.

With its exhaustive effects and intuitive controls, Spitfire's eDNA engine is clearly an asset to any sound designer. So what about the sounds? With raw samples taken from ceramic mugs, a variety of glass objects, metal bowls, cups and jugs—some variously sampled with and without water—there's a variety of resonant impulses to build from. Ranging from sharp and brittle to mellow and melodious, anyone seeking a harmonic palette outside typical synthesis or instrumentation are sure to find inspiration here. The programed presets, divided into Cinematic Rhythms, Cinematic Systems, Disturbed Morphs, and Hand Blown Pads tended to be a bit too overdone for my personal taste, but there's no shortage of useable drones, plucks, pads, and percussion to get you started.

In terms of competition, Native Instruments' Kinetic Metal library might be worth a look, though it clearly doesn't boast the modulation capabilities of Spitfire's eDNA—or, supposedly, the glass and ceramic samples either. Whether you're inspired by the bell-heavy tones of artists like Pantha Du Prince, the percussive resonance of modern instruments such as the Hang, or the metallic industrial atonality of contemporary techno, Glass & Steel is full of sounds to spark your creativity.