The folks at Steinberg have been hard at work developing Cubase Pro 8 and Cubase Artist 8, the latest and greatest versions of Cubase. When I first learned about the most prominent of new features, I have to admit that I was a little underwhelmed. But now that I’ve had some time to work with it, I feel like I simply didn’t understand the potential of those features, for there are some truly innovative tools for musicians and producers alike.

A Tale of Two Siblings

While both the Artist and Pro versions of Cubase have been infused with new features, the vast majority of them are bestowed upon Cubase Pro. Artist is the more affordable version and appeals to musicians, composers, and songwriters on a slightly slimmer budget. Whereas Cubase Pro has all the features of Artist, plus a lot of features producers will appreciate. For example, Pro has a full scoring editor, surround sound, VariAudio (pitch correction), and a host of other power features that Artist doesn’t have. However, upgrading from Artist to Pro is as easy as purchasing an upgrade license at steinberg.net.

The first feature you’ll appreciate right away is the newly-updated ASIO Guard. Steinberg has rewritten that part of the audio engine to allow more CPU-intensive processes (like virtual instruments and plug-ins) to take full advantage of ASIO Guard, thereby allowing Cubase to harness more power from the computer you already own. The result is a dramatic improvement in both average and real-time CPU performance.

Note the new Folder track display on the right of Figure 1, because now you can see the audio and MIDI events contained within. Other updates include the Workspaces, Preference file handing, and a new Plug-in Manager with separate windows for VST Instruments and VST Effects.

Cubase (Pro only) now has VCA Faders, which allow you to link the volumes and other selectable controls to a single fader. The process is similar to using the Link feature in previous versions of Cubase, with the advantage of being able to adjust individual MixConsole channels without unlinking them first. VCA Faders can also streamline the MixConsole by reducing the number of visible channels. Updates to the equalizers include the ability to reveal the settings of a filter by hovering over its node in the EQ window, and the Pre-section High- and Low-Cut filters have selectable slopes from 6 dB/octave to 48 dB/octave. The Direct Routing and Wave View in the Meter Bridge from Nuendo have also been incorporated into the MixConsole of Cubase 8 Pro. 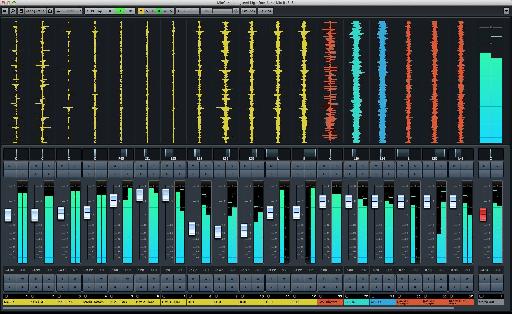 With everyone buying bigger monitors with more resolution these days, Steinberg added a new Rack Zone to the Project Window that can display both Rack and Track Instruments, along with the Media Bay. (Both are still available as separate windows allowing you to place them on different monitors.) This gives you quick access to your virtual instruments and media files.

The Chord Pad offers the ability to assign and play chords from the pads themselves, or you can trigger them from a MIDI controller. Chord Pads can be programmed via MIDI, or from the Chord Assistant, which displays a circle of fifths (Pro and Artist) or chord proximity (Pro only). The pads can also play musical patterns either from the built-in library, or from MIDI loops. Each pad has either adaptive or individual voicing for inversions, and chords can be dragged-and-dropped to the Chord Track and vice versa. The Chord Pad window can also be configured to show two musical octaves or as many as 64 drum machine-style pads. Different voicings, tensions, and transpositions can be remote controlled from MIDI notes, and the Piano and Guitar Players allow the tensions and voicings to be constructed as they would by real pianists and guitarists.

Bass players will rejoice at the new killer-sounding VST Bass Amp, which is similar to the VST Amp Rack for guitarists, but has several models of bass heads and cabinets as well as a variety of stomp boxes and even different microphones with which to mic the virtual cabs. You can use the built-in bass tuner, or use the newly updated faster and more accurate Tuner plug-in that adds a strobe tuner display. 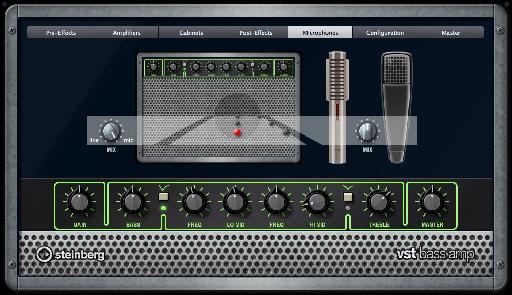 The four bands of the venerable Multiband Compressor (Pro only) plug-in can now be side-chained, and there are new multi-band versions of the Expander and Envelope Shaper (both Pro only). The DeEsser has been updated, too.

There’s also a new multi-band fuzz plug-in called Quadrafuzz v2. The saturation and distortion effects it creates come in five flavors: tape, tube, distortion, guitar amp, and decimator, the latter of which reduces the bit resolution of the digital audio to give you truly lo-fi grit. And make sure to spin the S&H (sample and hold) knob for really weird treatments. Every band can have a different flavor, gate, and delay effects, and different setups can be saved and automated with eight Scene buttons. 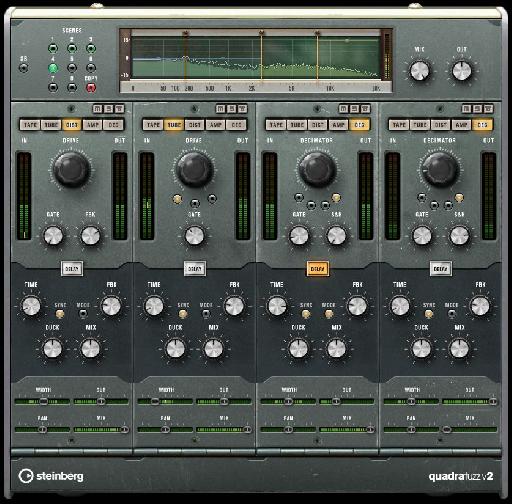 Most preprogrammed MIDI and audio loops sound too cheesy for my taste. However, Cubase 8 comes with 30 new construction kits called the Pop-Rock Toolbox, and they sound amazing! If they don’t light your creative fire, your wood is all wet. By arranging the drum, bass, guitar, and keyboard loops around in your Project Window, you can quickly arrange an entire pop accompaniment complete with intros, fill-ins, and endings. And all the tracks have been pre-produced with their own Cubase effects and EQ, which makes them sound fully produced right off the bat, but also allows you to customize them to your own taste. Plus all the guitar and bass tracks were recorded with DI boxes, and those tracks are included allowing you to ‘re-amp’ them through VST Amp Rack, VST Bass Amp, or any other plug-ins you desire.

The new Acoustic Agent gives Groove Agent SE 4 some of the content from the full version of Groove Agent 4. The included kits come with their own patterns, which can then be dragged-and-dropped into your Cubase projects. Both the kits and the patterns sound great, and can be customized with the built-in editor, mixer, and effects, as well as a variety of intros and endings, grooves, and fill-ins. 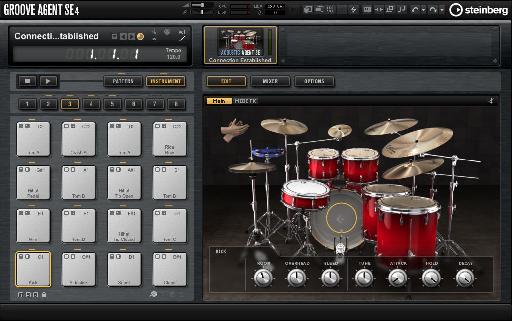 There are so many refinements to the Cubase interface that I don’t have the space to list them here. But it’s obvious that Steinberg have listened to their customer feedback and responded with thoughtful improvements. But as for the misgivings I had about Cubase 8 prior to using it, I’m happy to report that my fears have been allayed: this is a GREAT update! Yes, the new ASIO-Guard will make your projects feel like you just bought a new faster computer, and the new Render In Place feature makes converting Instrument and other tracks to audio a breeze. But the majority of the new features offer unique ways to create music. I didn’t realize how seductive the Chord Pads, VST Bass Amp, Acoustic Agent, and Quadrafuzz v2 were until hours had passed since I started playing with them. And the Pop-Rock Toolbox will offer inspiration and instant gratification to both newbies and seasoned pros alike. So if you’re already a user, I’m sure you’ll grow fond of Cubase 8 in no time at all. 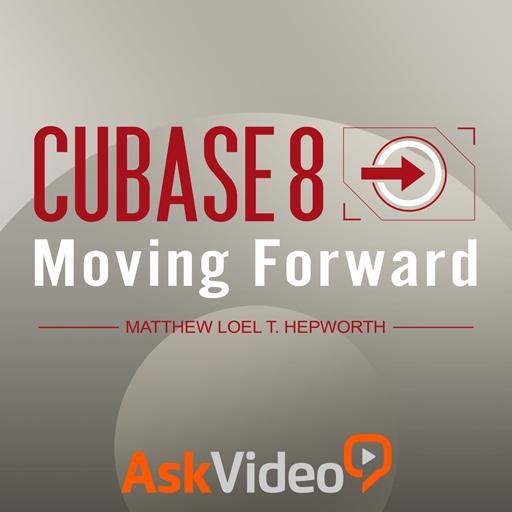 Dream It. Do It.
Do you want to learn Moving Forward With Cubase 8?
Yes, I want to learn!
No Thanks, I just want to read the article.
Feedback
How are we doing?
We'd love your thoughts, feedback and questions regarding our new site. All feedback is appreciated!
We do not respond to this form! If you need support, please visit our support page.
Thank you for your input!
Your message has been successfully sent
Course Advisor
Don't Know Where To Start?
Ask A Course Advisor