Steinberg releases expansion packs for some of its virtual instruments under the VST Sound banner and often in collaboration with artists who are experts in their particular field of music. The latest is Neuro Mindset, an expansion pack for Groove Agent 4 or Groove Agent SE 4 that’s been put together by Hamburg-based drum’n’bass specialists and Steinberg neighbors Rawtekk.  This means you’ll already have a version of Groove Agent if you have Cubase or Cubase Artist 7.5 or higher, or Nuendo 6.5 or higher with the NEK expansion. The full version of Groove Agent can also be purchased as a separate instrument for VST or AU compatible hosts. 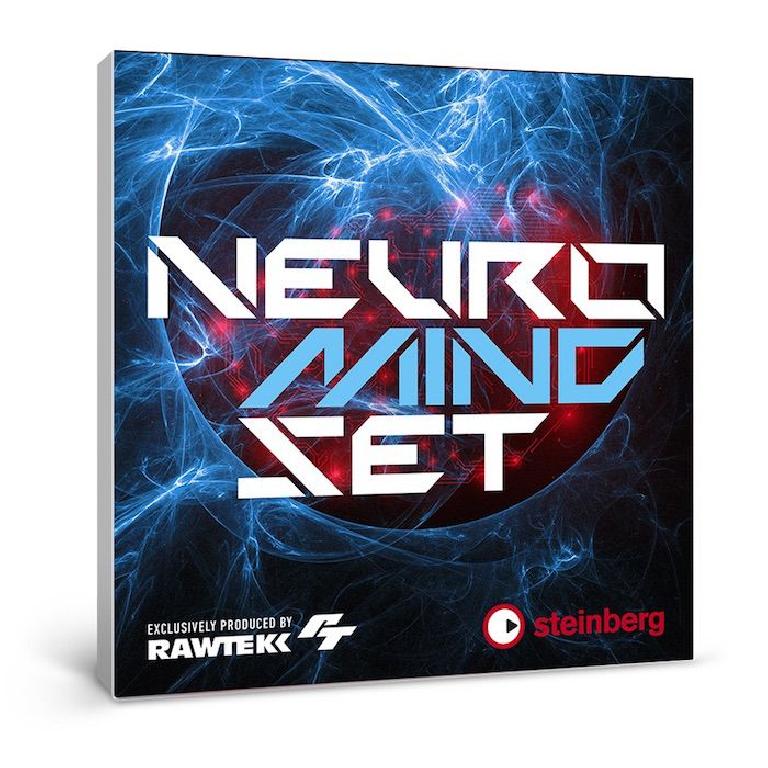 A State of Mind

It’s a fairly easy download of around 350MB and you can authorize it either to your USB eLicenser or to your computer’s hard drive. From there it simply appears as an option inside Groove Agent like any other sound set. You get 30 electronic kits, 572 sounds including kicks, snares, hats, percussion, synths and sound effects and 353 patterns for quick beat programming. The developers say that they took the same approach to building this collection that they take to making albums, suggesting that the same amount of attention has gone into making sure everything has a coherent style and feel.

Stylistically the focus is on classic drum and bass, tech pop, dubstep and neurohop : I confess I hadn’t heard of this last one so I’ll take their word for it that this is textbook neurohop material. Seriously though, the sounds are pretty cool. You can play your own patterns of course, but there are some excellent preset MIDI parts included that play within Groove Agent and can be tweaked in the full version of Groove Agent using a special internal MIDI editor. Playing preset patterns is easy in either version and everything adapts to tempo as you’d expect. There are tons of really authentic and heavy patterns in the styles mentioned above, more than enough to get your creative juices flowing. 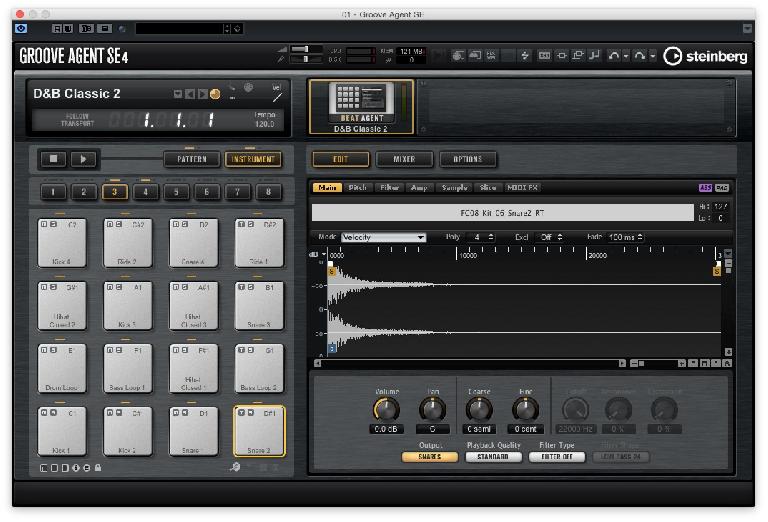 You can play any of the samples yourself of course and creatively edit the pad layouts to suit your preferences. As well as massive, crunching beats there are heavy atmospheric effects, synth stabs, sweeps and more weird sounds to throw into your sequences. A lot of work has clearly gone into the sonic character of the samples and they really do capture that dark electronica sound very well.

Given that the core elements of these styles of music are the beats, bass and synth stabs, there’s plenty here to form the bedrock of your tracks. At the price (the equivalent of just slightly over $40) it should give you plenty of mileage too. If it’s drum and bass beats you’re looking for, this collection won’t disappoint.