All Articles News
Rob Papen Predator 2 Updated With 350 New Presets & 20% Off Deal
Hollin Jones on Wed, August 8th 0 comments
Take advantage of 20% off Predator 2 for a limited time and get over 350 new presets to take the total to over 6000. Here are the details.

Good news for fans of serious softsynths - Rob Papen's Predator 2 has been updated with over 350 new presets and a significant discount for a limited time. Predator is one of the most popular virtual synths of the past decade, delivering a one-stop solution that combines industry-standard sound quality with deep programmability and impressive effects. Whether you’re experienced with virtual synths or new to using synths for computer music production, Predator 2 is highly useable and flexible. 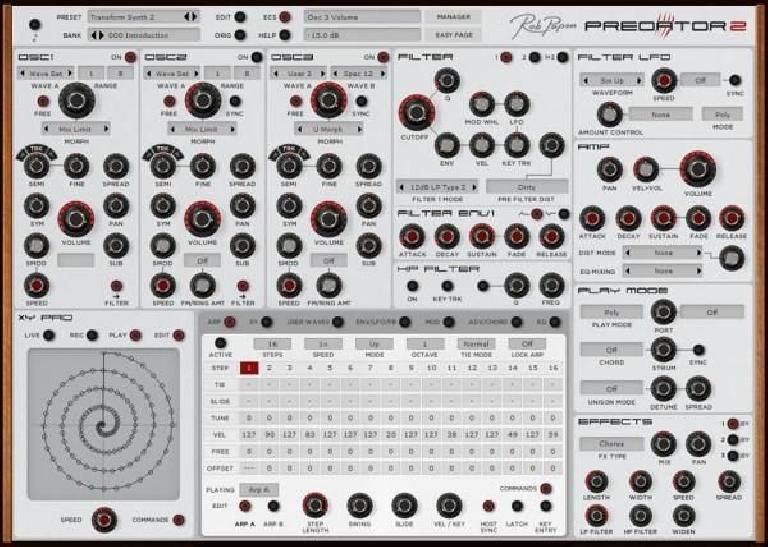 The latest incarnation – Predator 2 – has just received a new update with over 350 fresh new presets ranging from EDM to Ambient, Trance to SFX plus special guest presets from Tonal Axis, JoMal and more.

To celebrate the new version, there's 20% off Predator 2 throughout August!

What's more, this discount also applies to the upgrade so if you're still using the original Predator now's the time to bring your studio up-to-date as it'll only cost you £31.95 / $33! Not only will you get a ton of new features, there's also over 6000 presets to get stuck into!

Get the special price and learn more by visiting: https://www.timespace.com/products/rob-papen-predator-2