All Articles Reason
Sound Design: Heavenly Morphing Pads in Reason with the Alligator
G.W. Childs IV on Thu, September 11th 0 comments
Language
Designing thick, rich pad sounds that can morph into rhythmic ones in Propellerhead Reason just got a whole lot easier thanks to this excellent tutorial on Alligator by G. W. Childs.

Lush, rich pads are probably my favorite type of patch to make when working with synthesizers. I love the fullness that they bring to a track, especially when I get to play huge, thick chords.

However those big chords often take over a huge part of the mix! In situations like this, you can cut a lot of the low-end out of your pad, using an EQ. Or, you can morph it in to a rhythmic part for the parts of the song that has a lot going on, and then return it to its full glory when you’re ready to take things down a bit. Let me show you how you can do this in Reason.

As I said, I like lush, big pads. So, I pull up one of the Reason go-to devices for pads, Thor. And, as I look through the Pads section of the Thor sound library, within the Reason Factory Soundbank, I end up going with Venus Strings, a really beautiful patch that takes up a ton of room, and gives you that extra fuzzy feeling when you sustain a few chords.

Lure in an Alligator...

Next, I’ll create an Alligator, and reset the device so that all of its settings are zeroed. 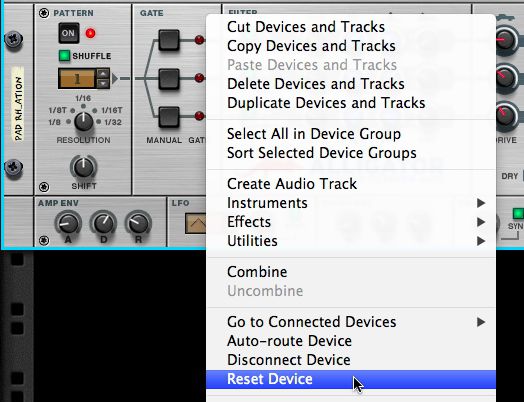 Now, for for the fun part! I’ll adjust the pattern of the Alligator to 6, which is a pattern that will work nicely with the song that I’m currently building, and I’ll turn the Resolution down to 1/8. This may seem like a really slow pattern. But, I love some delay, and I want to give the delay pattern room to be heard. And, of course, the delay will add some life of its own. 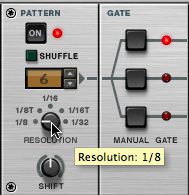 Feel free to play with the patterns, all you like. Just make sure you keep the Resolution the same so that you can get the delay effect!

Next, I’ll lower the Decay on the Amp Envelope of the Alligator to 31%. This is a huge change from what we’ve already been hearing, as the pad now begins to sound like an arp… Though, it’s a touch slow… Even at 130 BPM.

To add to the rhythm, let’s go ahead and raise the Delay knobs on each of the Alligator channels to settings that sound good to your ears. I, myself, gave a more generous portion to the first and second filters, as they will create less mud in the mix, and add an airiness to the part. 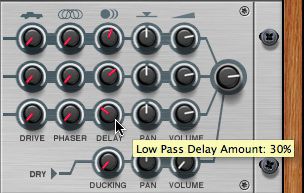 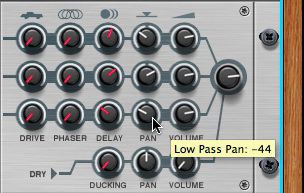 Now, we can start to test what we’ve created here. If we go over to the Amp Envelope section of the Alligator and adjust the Decay and Release to a much higher setting, listen to what happens…

Suddenly, what we’ve created within the Alligator sounds largely different. More somber, and more like a pad. From here, you can macro this effect by placing your Thor and Alligator in to a Combinator. Or, you can simply automate the Decay and Release in areas where you want the pad to change. Of course you can simply increase the Volume within the Dry section of the Alligator. But, using this route will give a different effect. And, you lose some of the subtle modulation that occurs when using the Amp Envelope.

Either way, I think you’ll agree that Thor, with the Alligator is a heavenly blend. This is just one way of using the Alligator for this type of endeavor. Try experimenting on your own and see what patterns and morphs you come up with. 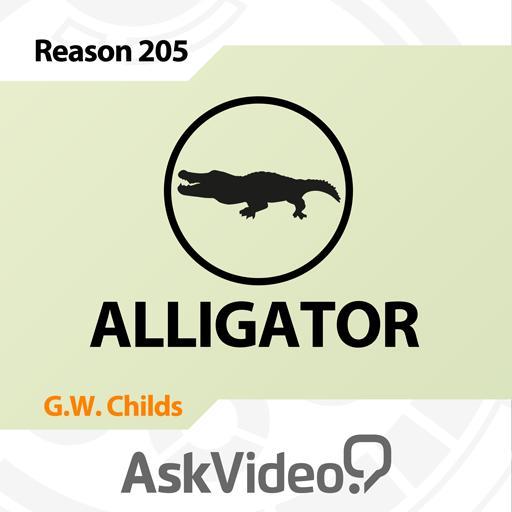 Dream It. Do It.
Do you want to learn Alligator?
Yes, I want to learn!
No Thanks, I just want to read the article.
Feedback
How are we doing?
We'd love your thoughts, feedback and questions regarding our new site. All feedback is appreciated!
We do not respond to this form! If you need support, please visit our support page.
Thank you for your input!
Your message has been successfully sent
Course Advisor
Don't Know Where To Start?
Ask A Course Advisor