All Articles News
Spectral One Max for Live Device Will Make Your Music Look As Good As It Sounds
Rounik Sethi on Fri, July 29th 0 comments
Language
Oh my goodness. I saw an early preview of Spectral One a few days ago and was very impressed. If you’d like to create real-time visuals that do justice to your productions, then check this out.

This is just one demo video of Spectral ONE Max for Live device. The visuals will match the audio output. But, let's start with this video...

Here’s what the clever people at Isotonik Studios tell us about Chris Vik - Spectral One:

Our third release for the World Collection of MaxforLive Visualisers falls into the very capable hands of developer Chris VIK.

Words really can't describe what's going on with his devices, you're better off watching the video at the bottom of this message to see what you can do with them.

If you're putting your own music on Youtube and want some audio reactive synced visuals, or want to add another dimension to your Live Performances and have the visuals react live to your playing then the World Collection is for you!

The Spectral ONE Pack consists of the World Viewer (all visuals output to the one screen so you can mix them together) and then a further four brand new visualisers.

And to get you started, Chris has also included the demo set used to create the video, it's got all the automation and the stems have been provided by Woulg!

Proc33d is a procedurally generated shape that evolves in tandem with your music; it literally ripples with every frequency it can get its grubby vertices on. Depending on your needs it can take the form of an amorphous, bouncing blob; or a jittering, highly strung, geometric form. Proc33d is strange and unwieldy; tame it, and you’ll be rewarded.

They say that being heard is close to being loved. Well Vertx8 listens and has unconditional love for any sonic mess you decide to cram in its inlets. It displays your sound as a cluster of frequency-dependent cubes that twitch, tremble and lurch around three dimensions with each and every shift in your spectral soundscape, from the subtle to the dramatic. Vertx8 is one of the most responsive devices in Vik’s series; it works over any sound, from percussive to melodic, or even over your entire mix.

Everyone likes spectrographs. Spectr3d will give you everything that a standard 3D spectrograph will give you, but it’s so much more than that. Dial it all the way up let it form an unfolding landscape that sits as a backdrop to your visual composition; or dial it down and position it in the corner as a futuristic 3D HUD that displays the frequencies of your mix in all its techy glory.

If Spectral One was a group of friends, waveViz would be the hot one. At first glimpse, it looks like a simple waveform display, but when you start exploring its wonderful three dimensional glory you’ll struggle to choose which angle you want to it to model your sounds from. From the front, waveViz will show you each shift in frequency as a detailed waveform; throw the taper fader up and watch as it folds over itself in a strangely satisfying contour. Peer over the top or to the side and you’ll see all the peaks and troughs of your music in a beautifully shaded sonic mesh. It turns your sounds into curves so supple your friends will be jealous. 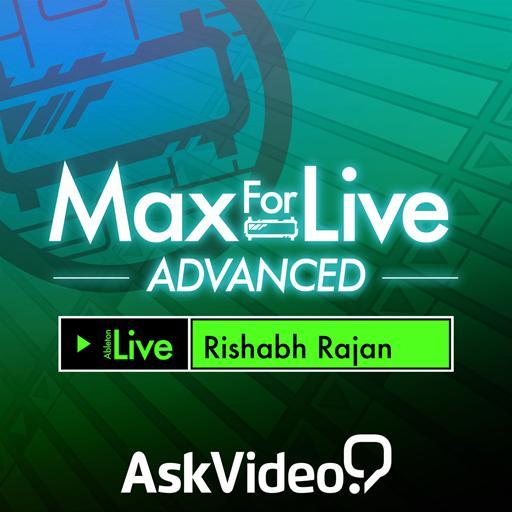 Dream It. Do It.
Do you want to learn Max For Live Advanced?
Yes, I want to learn!
No Thanks, I just want to read the article.
Feedback
How are we doing?
We'd love your thoughts, feedback and questions regarding our new site. All feedback is appreciated!
We do not respond to this form! If you need support, please visit our support page.
Thank you for your input!
Your message has been successfully sent
Course Advisor
Don't Know Where To Start?
Ask A Course Advisor