There’s a new, sick version of Reason, and there are more than a couple of new features to be excited about. One of the features I am already using a lot in version 9 is Convert Audio to MIDI. In this tutorial, I’m going to go over some exciting ways to make this maybe a new part of your workflow.

It All Starts in One Place

A true, working Audio to MIDI conversion function can change the life of producers, musicians and DJs in the following ways:

Regardless of the way that you use Audio to MIDI conversion in Reason, there are a couple of things to keep in mind. And, what better way to find out, than to convert some audio together. First, let’s start off by converting some remix stems, audio to MIDI.

At the beginning of every remix, it’s usually a good idea to get all of those stems lined up in your arrangement, so that you know what the original track sounded like, in reference, before you start tearing everything up. Once all of the tracks are where they are supposed to be, and all of the blank audio residing with the stems is trimmed, I usually like to go through and find the main bass line for the verse, chorus, intro and any other big part of the song that has some major groove. As I go through and find these main bass parts, I’ll use the Razor Tool of Reason to section these parts out, and then change their color so that I can find them, easily.

Part of the reason that I do it this way is that Audio to MIDI conversion takes a minute. And the last thing you want to do is sit around and wait when you’re inspired. I take small clips, as Reason can convert those much faster. And, the longer the clip, most likely the more editing that you’ll have to do, later. Let me show you what I mean!

Now that we have some good candidates for conversion, I’ll use the Shift key to select each clip. Then, I’ll select Bounce> Audio Clips to MIDI. And, as soon as you select this, you’ll find that an 8-bar clip will usually convert over real quick, as well as multiple clips, when selected together, and placed contextually where they are supposed to go. And you’ll notice that Reason has made a good old Subtractor to voice your new MIDI clips.

Tip: By converting multiple clips in one track, you avoid the nuisance of converting each clip individually, and then having to move each clip to one track. Or even worse— Having to assign multiple subtractors with the same patch, to 3 different clips that play the same instrument. 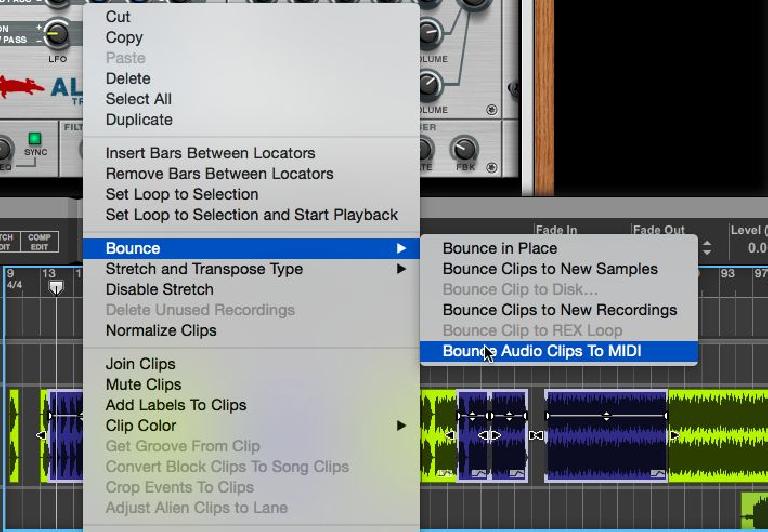 Step 3. Change It Up

Now, you’ll probably notice that the default patch for Audio to MIDI conversion isn’t the most useable patch, ever. It’s designed to sound like a voice, with the idea that a-cappella recordings will be used to create instrumentation. With the new Subtractor track selected, I’ll use the Command-B command to browse some new instruments for my new audio to MIDI conversion, or use the contextual menu.

With Reason 9, there are a lot of new, and exciting patches. I could easily go with dropping in a basic synth from the massive Reason collection, or even my Rack Extensions. But, instead, I’ll choose the Reason 9 Sounds directory, and double-click the Bass directory, then Synth Bass. In this directory are all of the bass patches together, regardless of what kind of instrument they are using to exist. So, in Browse Patches mode, I can just double-click patches and hear what they sound like with my new clips. 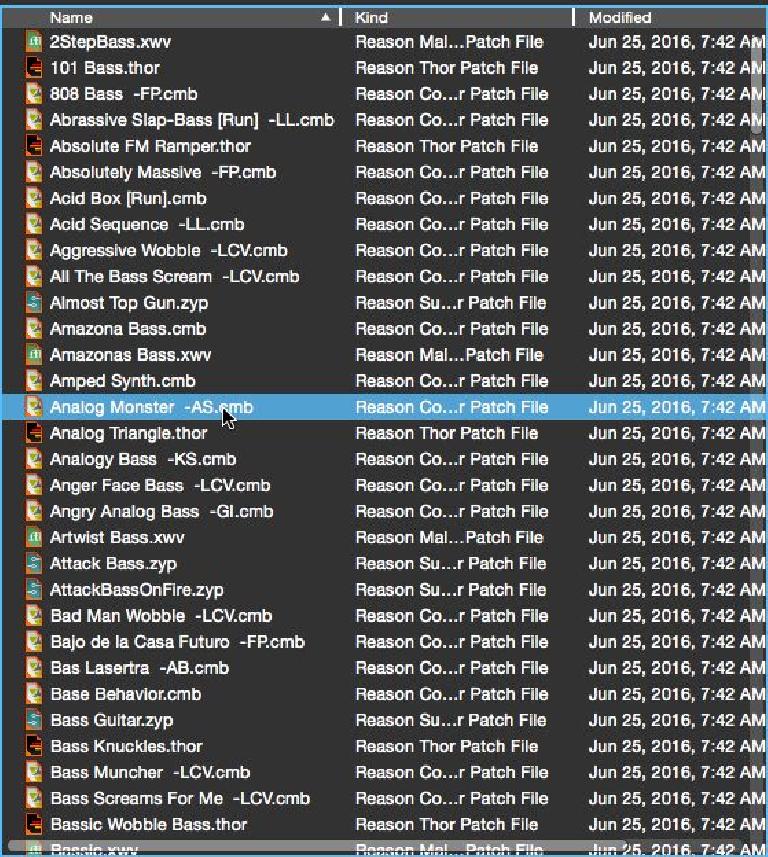 Just because the original audio was quantized, it doesn’t necessarily mean that the converted MIDI is. Normally, I’d be concerned about this if I was converting audio from an acoustic instrument, or voice. But this is just a synth bass that was already quantized, anyway. No need for anything special. I’ll use an eighth note quantize resolution to tighten things up, again by Shift-selecting each clip, and then using the Command-K shortcut, after selecting my resolution from the Tools menu. 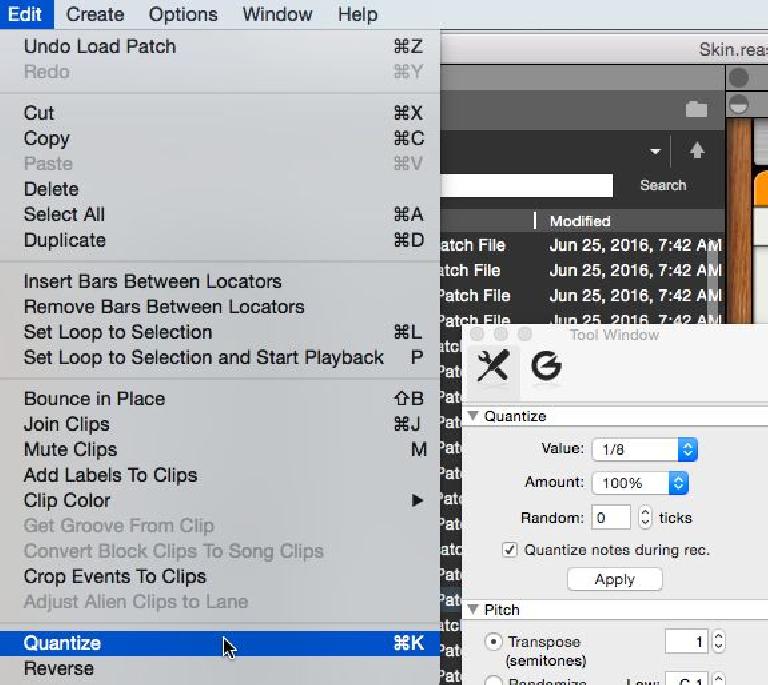 Step 5. What About Drums?

Of course, we’d be a fool not to try to create some original percussion from all of these big, beefy stems. To demonstrate rhythm production from Audio to MIDI conversion, I’ll choose a basic drum beat consisting of kick, snare and high-hat.

Granted, Reason puts everything on to one note, but thankfully, it does include velocity. The higher velocities are, of course, going to be indicative of the snare and kick. So, I’ll start moving those around, just based on velocity. Using the Shift key again, I’ll only select high velocity notes, then move them over to D. 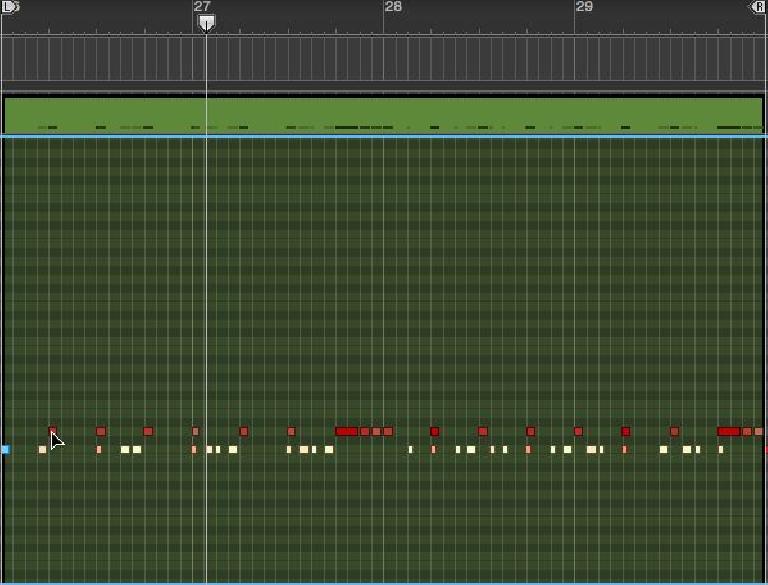 Now, when I use Browse Patches again, and this time, I select a drum patch, kick and snare are already accounted for. Is it my original clip? Does it sound like the original? Nope! And that’s great. Instead of recreating something, I’ve created additional percussion to accentuate my already existing drum stems for my remix!

Reason 9 is already amazing. But, with this new, extra Audio Clips to MIDI function, it’s almost impossible not to make incredible sounding music. You can use your voice, your instrument, or any possible sound source for fodder to create patterns, melodies and even whole sections, just from the sound around and in you! 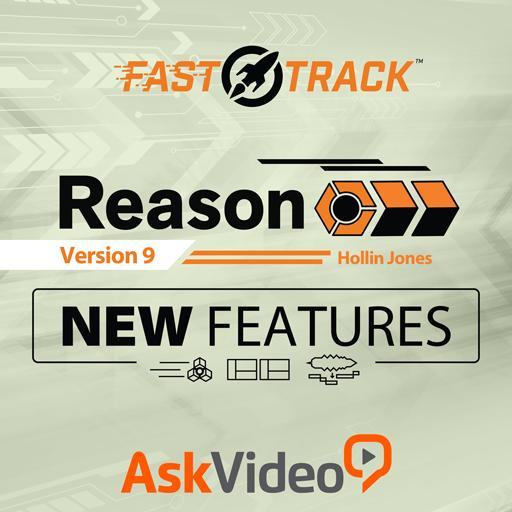 Dream It. Do It.
Do you want to learn Reason 9 New Features?
Yes, I want to learn!
No Thanks, I just want to read the article.
Feedback
How are we doing?
We'd love your thoughts, feedback and questions regarding our new site. All feedback is appreciated!
We do not respond to this form! If you need support, please visit our support page.
Thank you for your input!
Your message has been successfully sent
Course Advisor
Don't Know Where To Start?
Ask A Course Advisor