All Articles Recording & Production
What Every Modern Music Producer Can Learn From Making a Sandwich
Shane Berry on Wed, April 19th 1 comments
When it comes to recording, mixing, and mastering, or any aspect of music production, you've probably not considered it being similar to making a sandwich. Perhaps the two are actually closely linked?

Your choice of ingredients while shopping determines the fundamental nature and quality of your future snack. There are different methods of acquisition. 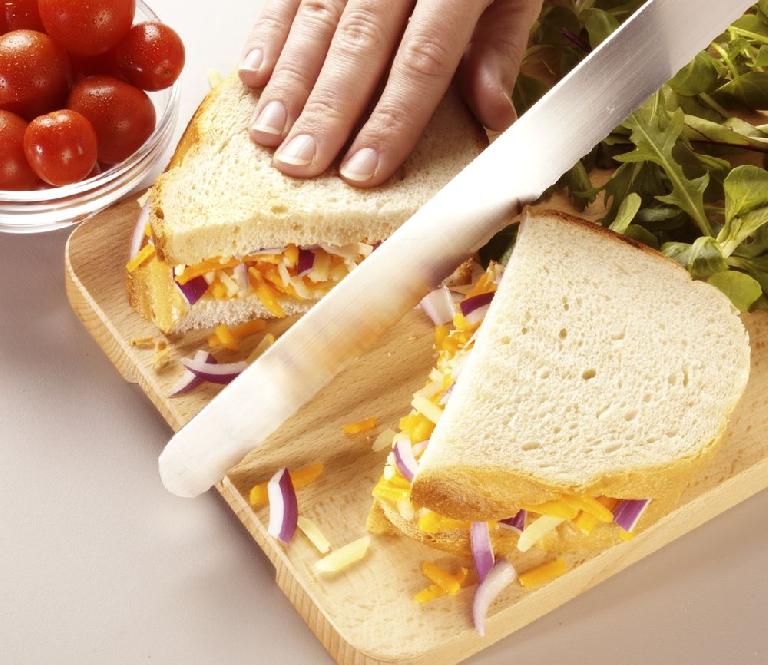 Some wander around and get inspiration from whatever is on the shelves, making things up as they go along, whilst others have a very clear idea of the BLT they envision, and go straight to the respective sections to get what they need. Some don’t leave the house at all and use whatever’s lying around, a recipe for genius, or dismal failure.

Some shop at the local store, get white bread and low to average quality ingredients and endlessly wonder why their sandwiches are not as good as the pro deli around corner. Others take the extra time to fondle, caress and select theirs, and walk away with fantastic groceries, even though they went to the same store.

Some take it further and spend a lot of time and money at boutique delis. They refuse to use any condiments or garnishes later, so best ingredients upfront are very important. They focus on the bread as much as the potential contents, and make sure everything pairs well before they even get home to make lunch.

A rare few grow and produce everything themselves. Their ingredients are the freshest, but they hardly ever get around to making actual sandwiches, they just tweak away in the garden fine tuning their tomatoes and zucchinis...

However you shop, better quality ingredients in equal better quality snackage out, but if you buy roast beef slices, get home and realise you wanted pork all along, no amount of equalising will turn beef into bacon.

Mixing: Putting It All Together

Mixing is putting all the ingredients together. Everyone has their own method. Two people given the same ingredients will make two different sandwiches. One will add a little more mustard, the other more pickles.

Some people like sandwiches made by the person who uses more mustard, others swear by the pickle guy.

Some think there’s a special technique for adding mustard, and watch videos of a Mustard Pro explaining that they only add as much mustard as they like depending on the type of sandwich they are making that particular day – sometimes none at all. The Mustard Pro’s video comment section is invariably full of pickles. 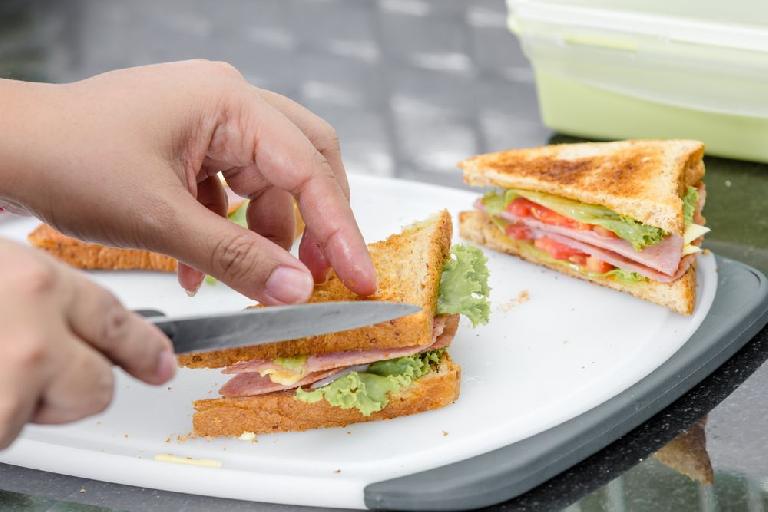 Nearly all of the ingredients need further processing to get a preferable texture and additional flavour, and they will need chopping, cutting, and slicing to fit together coherently. You’ll have to add some spices too, because some of the ingredients you bought at the shop aren’t nearly as flavoursome as you thought.

You also know, deep down inside, that most of the ingredients you have don’t really need to be in the sandwich at all... but we’ll see. The choice of layers, and positioning of ingredients, determines how well balanced the sandwich will be, which flavours will dominate.

Generally, you have a good idea that your main ingredient is roast beef, so that will take centre stage, but while you were out shopping you also scored some killer new mustard so that’s gotta go in too, without overpowering the roast beef of course, and the onions are particularly robust, so adding too many may not be a good idea, but they are so fresh… and the pickles… it’s all good... there’s space for them all.

They are literally crying. So are you. On the inside. But, due to your inexperience and underdeveloped sandwich making skills, you find that no matter how hard you try, your sandwich is never quite right.  One day it’s a Pickle Sandwich (with onIOn, muStard and roAST BEef), and the next it’s a Mustard Sandwich (with pICkles, roast bEEF, and oNion). The same ingredients, but never the “right” balance.

You also begin to realise, too late into the game, that your roast beef just isn’t punching through the flavours like you thought it would. And the mustard that you taste-tested in the shop was very mild at the time, but now it’s just so obnoxious. You can’t even taste the pickles anymore, and the onions are not the only reason you’re crying.

Again. So you add some more salt, ditch a few pickles and onions, scrape away some mustard and try again. Touch of ground black pepper… maybe? Hmmmm.

Now it’s an (all lowercase) salty onion with mustard, pickles, roast-beef-still-isn’t-hitting-the-sweetspot sandwich, and the bread is getting soggy. You begin to doubt it’s roast beef at all. Should you have bought Rye? You go online to see if Joe Albano has covered making roast beef sandwiches.  He has!

You take fastidious notes.  And you try again. And again.

It can take years and years before you figure out how to get the perfect balance between all the ingredients, and even then it’s no guarantee you won’t overdo the condiments from time to time, but that’s no excuse for not heading into the heat of the kitchen and making another one.

Mastering: Holding It All Together

Mastering is making sure the whole sandwich doesn’t fall apart when someone else tries to pick it up and eat it somewhere else. You have to consider how to pin the whole thing together, if at all.  Technically, a well made sandwich doesn’t need pinning, but yours definitely does, and what’s worse, its flavour is just not as loud as other sandwiches you’ve tried. Pros use them to hold sandwiches together don't they?  So, now you’ve got to figure out how much “toothpick” to use. You don’t want to overly squash it, all the condiments start to ooze out the sides if you do, but if you don’t push the toothpick in far enough the bread slides off the top and won’t stay in place.

Is using fourteen toothpicks okay? You start to question the nature of toothpicks. You also have to taste the sandwich with a more critical tongue and determine if too much of anything has been used. But, you’ve been making sandwiches all day, so now your tongue is kind of numb to the nuances of each flavour in your sub, or is it technically a hoagie?

Does it need cheese? You’re losing focus. You press on. There’s probably too much onion. You ask a few people to try a bite, but everyone tastes different things. One even suggests easing back on the tomatoes. The fool. What tomatoes?  No, seriously, What tomatoes? Did you add some and forget? Is that why the bottom end is so soggy?

You start to question the nature of reality. Maybe you can add a touch more mustard, but that starts to hide the roast beef flavour, so you have to ease back on the onions and the mustard, but they are inside the sandwich, you’d have to take the whole thing apart. And why did you add so much salt? You can’t de-add salt!

Anyway, after some prodding, poking and scraping the sandwich is sitting well on the plate, it isn’t flopping over to one side, the bread isn’t crazy soggy. You just have to make sure it looks good enough to eat, and by and large it is. The deli still wins by a margin though, and here’s the thing you finally realise about mastering:

It cannot fix the fact that you used too much mustard; that your meat was less than prime to begin with; and it will never, ever turn a plain roast beef sandwich into a bacon wrap, no matter how good your skills are.

But, each time you make a sandwich, every time you pick it up and it falls apart, you learn. You try different breads, ingredients and condiment combinations. over time, after hundreds if not thousands of cuts, “onion” tears, and soggy messes, you’ll find that your sandwiches are coming out much better than they did a year ago.

Finally, the point of a sandwich is to be eaten and enjoyed. 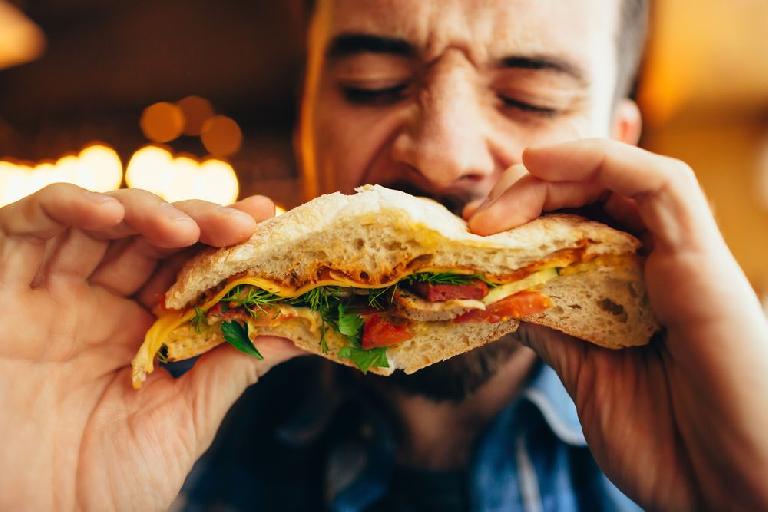 The fact that you cut the pickles by throwing them up in the air and slicing them with a katana, sourced garnishes from the foothills of Kilimanjaro, and personally bio-engineered the wheat-free wheat in your homemade bread is cool, but that is not what makes your sandwich enjoyable.

It’s the surprises inside the actual tasting, the juxtaposition of interesting flavours, the engaging composition and arrangement of ingredients where every bite is a new experience, a turn in the story wanting for more.

If you want to learn kitchen skills don't visit the AskAudio Academy... if you'd like to improve your music production skills in a more direct and less metaphorical way than this article, check out the thousands of videos here.
Related

Shane Berry
Shane is an SAE certified audio engineer, sound designer, composer, and audio consultant. Working with Tokyo based media agency Ultrasupernew and creative game agency Playbrain, he creates audio for TV, music and sound for product launch events, and web audio content for major multinational firms such as Red Bull, SuperCell, Heineken, and many more. With more than a decade of live performance experience on Tokyo`s underground techno scene, Shane is an accomplished electronic music composer, remixer and recording artist with music released on labels such as Trapez, Ministry of Sound, Kompakt, Thoughtless, and Greta Cottage Workshop. Shane is currently based in Paris, France.
Related Videos
Comments (1) 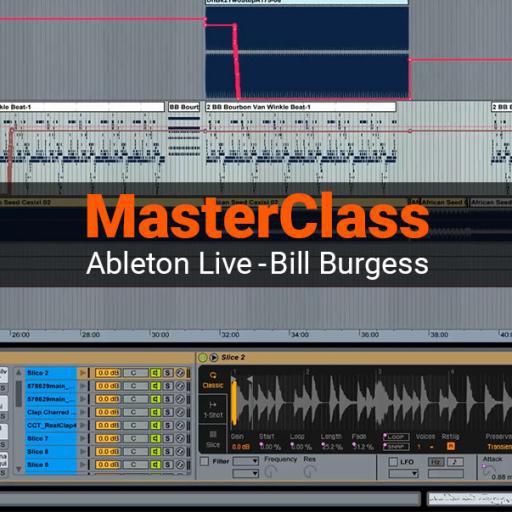 Dream It. Do It.
Do you want to learn Ableton Live With Bill Burgess?
Yes, I want to learn!
No Thanks, I just want to read the article.
Feedback
How are we doing?
We'd love your thoughts, feedback and questions regarding our new site. All feedback is appreciated!
We do not respond to this form! If you need support, please visit our support page.
Thank you for your input!
Your message has been successfully sent
Course Advisor
Don't Know Where To Start?
Ask A Course Advisor