All Articles Cubase
Working with video in Cubase 6
Hollin Jones on Thu, April 5th 0 comments
Language
If you ever need to compose music or create foley to sync with video Cubase provides a clear and easy approach. Hollin Jones runs through what you need to know to sync your ideas with the director's!

Scoring to picture used to be something that was only possible with a fair amount of external hardware including video monitors and a SMPTE sync unit, but since the advent of digital video it's become possible in DAWs as well, and it's really nicely implemented. Indeed since its introduction, video support in Cubase has gone from strength to strength. So whether you're editing film sound or creating music along to a video, it's not hard to get started.

Before you start you can make Cubase extract the soundtrack from the video file on import, if you will be needing to perform any edits on it. Go into Cubase's Preferences section and under the Video section, tick this option. 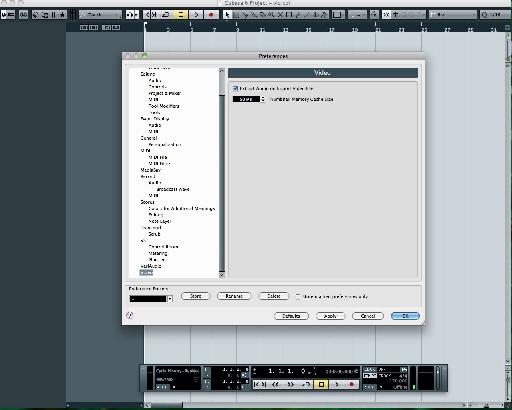 Next go into the Device Setup menu and navigate to the Video section. Here you can specify a video playback device, which will most commonly be your desktop but can also be an external FireWire device, if you have a camera connected. You can choose to boost the video playback performance at the possible expense of reduced audio performance if smooth playback is a must, and also choose a video quality setting. Often, you don't need to see pristine video to score to it, so if working with HD sources this can be helpful. 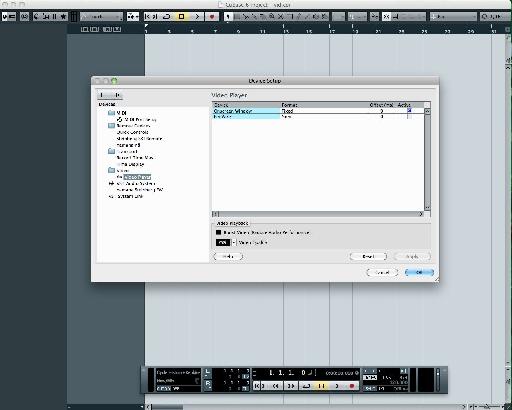 Go to File > Import > Video File and navigate to your file. The Browser window will show you information about the file and also give you the option to separate off the audio track if you like. 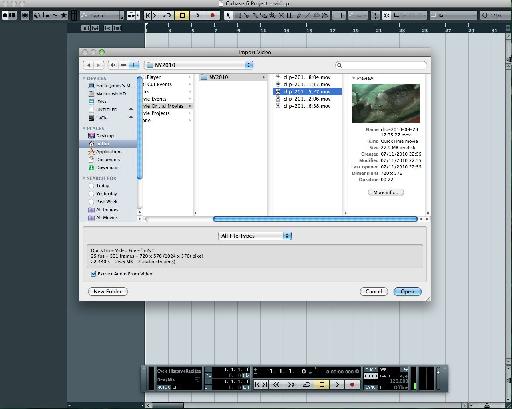 Once imported, your video file may display a frame rate mismatch. If this happens, go into Project > Project Settings and in the video frame rate section, click 'Get From Video'. This will automatically switch the project to match your clip. 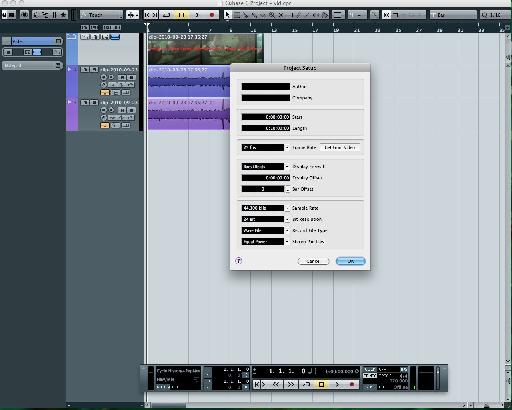 If the video window doesn't appear onscreen, go to Devices > Video Player to reveal it or press F8. You will see that the stereo audio has been split off into left and right channels. If you are scoring to a long video, you may need different sections of music to be different speeds. Luckily Cubase can handle this if you use a Tempo Track. This removes the need to break the video up into sections to deal with for example a slow, emotional scene followed by a quick fight scene. Go to Project > Add Track > Tempo and a Tempo Track is created. From this point you can record and compose as normal along to the video. To use tempo changes, draw them into the Tempo Track and choose either jumps, to make instant changes or ramps to make gradual changes. 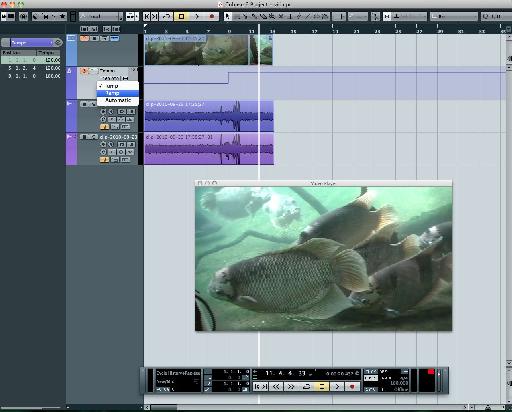 When you are done, choose File > Export > Audio Mixdown, with your markers set to export each section at a time or the whole thing if you are confident that the mix is right. It's more common to layer up music with other film sound in a video app like FCP or Premiere. 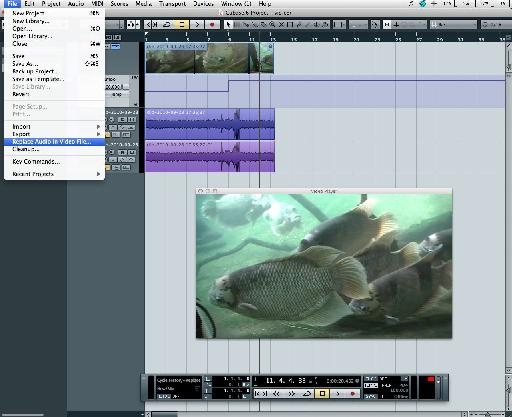 There's another interesting option which is the ability to 'glue' the sound straight into a video file. This can be done by choosing File > Replace Audio in Video File and choosing the target video.