All Articles Recording & Production
Are Music Side Projects A Waste of Time or Energising Experiences?
G.W. Childs IV on Sat, August 20th 0 comments
Language
In this curious article GW Childs explores the idea of whether music side projects could be beneficial or whether they might be a time drain.

Like all career fields, there’s a sort of trajectory in the professional lifespan of a musician. Milestones like learning an instrument to a point of being able to perform, being able to learn in a group of people, and going on tour, are just some of the life events that mark the path of the modern performer. One such milestone that occurs after a little bit of success has been garnered by a performer is the lure of a side project. In this article, I’d like to go over some of the pros and cons of starting a side project.

Whether we admit it or not, we learn a lot from bandmates, other musicians and all manner of relationships in our lives. Therefore, it is inevitable that once we’ve been working with, or in the presence of, or even producing, or being produced by someone for a while, we’ll want to break away and spread our creative wings a bit. This is perfectly understandable, and actually necessary for our own evolution. It’s by stepping back and trying things on our own, after we’ve worked for a bit with another, that we increase our own skill set. We want to try out those new tricks, new methods, new workflows and hear what we can do on our own.

However, it’s always when we come into new powers, like new software, new tools, new wisdom, and higher fidelity, that we will always be tempted by the dark side. Or is it?

When we hear ourselves creating kick ass beats, and people are going crazy over songs we’ve written alone, it’s inevitable that the words ‘side-project’ will pop up in the consciousness. But, let’s face it, time isn’t really something a lot of us have in ample quantity. And, even getting one act off the ground takes a lot of effort, already.

It’s in these moments where we start to question whether our time should be even further divided. And, whether it’s our ego talking, or our common sense... Or, even more important, our passion.

While it always sounds fun, embarking on another side project should always be contemplated thoroughly. But, at the same time, I don’t think it needs to be as blown out of proportion as a lot of people make it out to be. After all, there are literally ‘side-project’ bands out there that only lasted for the length of an album. Some of them are just recordings from a weekend jam, some of them, planned expeditions between super stars that just ran their course.

If you do decide to take the plunge, I’d like to give you a few things to assist you, as just a little forethought at the beginning of every project, even if it’s just a small one, can always benefit from some form of project management.

Making an outline of anything can often be just of enough a foundation to really make a project not only move forward, but actually complete itself. Theme albums especially benefit from spreadsheets, as you can name tracks ahead of time, and then challenge yourself to write a piece that really does the name justice. But, more practically speaking, spreadsheets help you stay on top of the status of each track within your side project. If you get into the habit of color coding the status of each track (for example: Green for finished, blue for recorded, purple for mixed), and actually using your spreadsheet every time you sit down to session within this side project, your chances of finishing increase exponentially. Why? By facing the realities of where a project really is, and documenting it, actually doing the work, you are giving your brain concrete evidence of success. The ego eats that up. When all parts of the brain are happy, all projects move forward. You get addicted to checking off completed songs, and see what you can really do, when you put your mind to it. 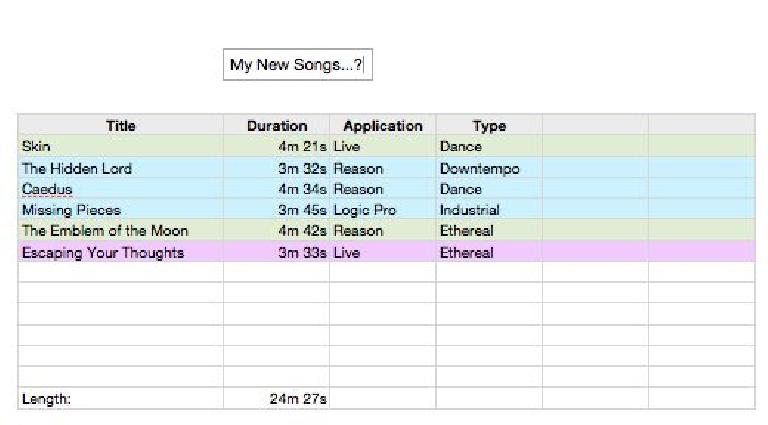 When you are doing something new, and different on your own, there’s always a sense of excitement. And, as members of the human race, we all benefit from sharing our excitement with others. But, in order for someone to share in our excitement, we also need them to understand, at least to some extent, why we are excited in the first place. If we are playing a garage recording of a very early demo track we did for our new ‘side project’ and someone rejects it or just doesn’t share our excitement, this can greatly diminish our enthusiasm for the side project going forward. Play it when it’s ready, or you might find yourself second guessing yourself and tossing a lot of great material that just didn’t get the kind of treatment it deserved. 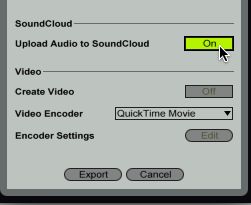 If you’ve already garnered some success in your act, you might want to seriously consider just maintaining a full investment of your time into what is yielding success. After all, if you aren’t playing sold-out concert venues and maintaining an income driven solely from your music, you still have a lot to work for... like myself. And, if your main project is already farther along, has a following, has shows, is established in its community... Keep in mind, you’re going to have to do all of that all over again with your side project. But, an even greater consideration is, with your main project, there may be new accomplishments, new shows, and new offers of a greater level that you may miss out on, if you’re distracted while starting a new project!

Let’s face it, ‘side project’ has been overused. If the term sounds irritating, or you feel kinda pompous, or foolish even saying ‘side project’, call it something else! Titles like ‘New project’, ‘select songs’, ‘personal project’ and so many more might be helpful in getting past either trepidation, or irritation of the sound. Or, you might just prefer to write an album and let people call it what they will. After all, do we just want to follow in the footsteps of other artists, or create our own?

Whether it’s your first, second or third project removed, music is expression. And, as human beings we need to express ourselves. We just happen to be musicians, and we do it through sound. Don’t let labels, stereotypes, pretension, and even your own band keep you letting those expressions out. Just be cool about it!