Once upon a time, making patterns was difficult; it was fraught with both peril and frustration. In fact, one of the first things I did with my first Mac was to create repeating patterns for desktop pictures, way back in the early 1990s. Creating them was an exercise in patience, but today I'd be deliriously happy, for Illustrator CS6 has finally, finally reworked their pattern maker. If you design wallpaper, or simply need to occasionally fill an area with many copies of the same thing, then you're in the right place.

You may never have used a pattern, so let's start with a simple exercise. Create a new Illustrator document using the Print preset, and draw a couple of shapes, in different colors, next to one another.

Select them both, then choose Object > Pattern > Make. Approve the dialog that pops up '" it's telling you that a new pattern swatch has been added to the Swatches panel.

Yes, this dialog. It's important!

You'll now also see that the pattern is repeating in a simple grid, and we'll approve this unchanged for now. Press the word 'Done' near the top of the document.

That was so easy, we'll apply the pattern to a shape. Create a new, larger, shape, using whatever tool you like. (I'm making a star.) Since your new pattern was already selected, your new shape should be filled with a repeating copy of your pattern. Now, move the shape around, and'¦ 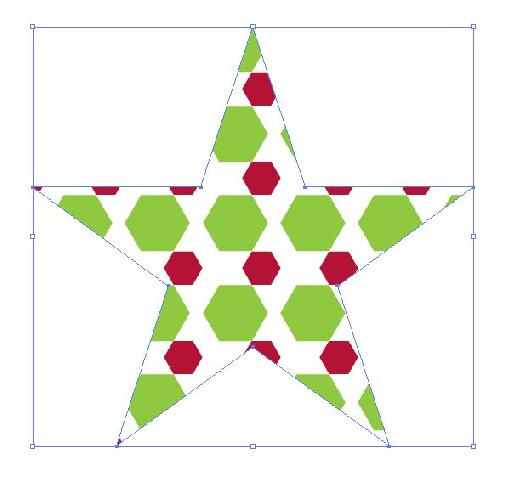 It's a star, filled with our new pattern.

Step 3 - Move a shape and its pattern

What's that? The pattern didn't move? By default, no, it won't. This helps multiple shapes using the same pattern to align nicely. However, if your shape looks just fine with the pattern alignment it's already got, you can maintain it by heading to Illustrator > Preferences > General, and ticking the Transform Pattern Tiles checkbox. Now, the patterns move with the shape. It's also possible to turn this on or off for each transformation initiated through dialogs under Object > Transform '" look for the Transform Patterns checkbox there. 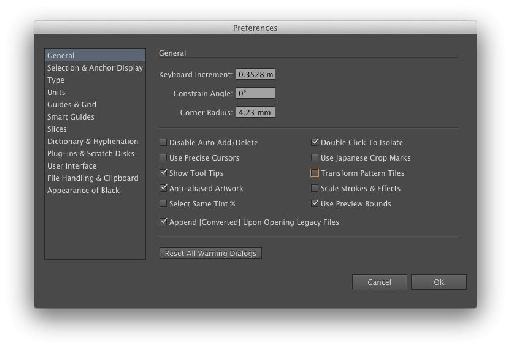 Transform Pattern Tiles '" yes or no?

Not happy with the pattern as it is? Let's tweak. Double-click the pattern swatch in the Swatches panel, and you're back in the pattern editing mode, a little like Isolation mode. The Pattern Options floating panel appears, and a useful tool is available at the top of it. Click the Pattern Tile Tool here, then click and drag a new bounding box over part of your original shapes at the center of the repeating grid. The repeats will close in, overlapping appropriately. To tweak, simply drag any edge or corner handle on that centre bounding box. If you'd rather type, you can access width and height in the Pattern Options dialog, and there's a 'Reset' option named 'Size Tile to Art' which does what it says. If you activate it, you'll be able to increase the spacing between tiles with two additional fields below the width and height, though they'll do the same thing. 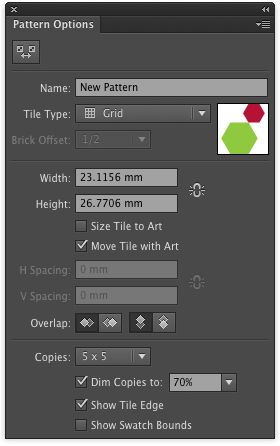 Step 5 - Save your changes or save a copy

When you're done, press Done, right?

Not necessarily. Be careful here: any changes you make will affect the swatch, and also any shapes that use it. Making any change and pressing the Done button will always change the original swatch. To create a new swatch and leave the original untouched, make your changes, press the Save a Copy button, then press Cancel, not Done.

For now, we don't really care too much about the original, so just press Done. Back in the real world of your document, you might see a couple of hairlines on the pattern, but don't worry about them. If they disappear when you zoom in or out, they're not really there, and won't be in an exported document or a printout.

If you want a new version of an old pattern, Save a Copy, then Cancel.

Let's revisit our pattern swatch again. In Pattern Options, choose Hex by Row or Hex by Column. The central bounding box changes into a bounding hexagon and the pattern now repeats in quite a different way. Choose the Pattern Tile Tool again, then resize the hexagon. The same resizing rules as normal apply; if you hold Shift then proportions will be maintained, and holding Option resizes from the center. 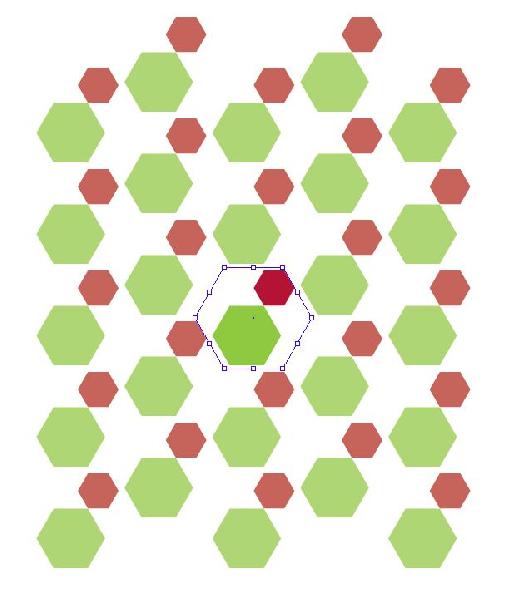 Here's our pattern repeating in hexagons.

One very useful way to change a repeating pattern is simply to edit it. All your normal editing tools still apply, so if you want to move, resize, recolor or add to your pattern, go right ahead. 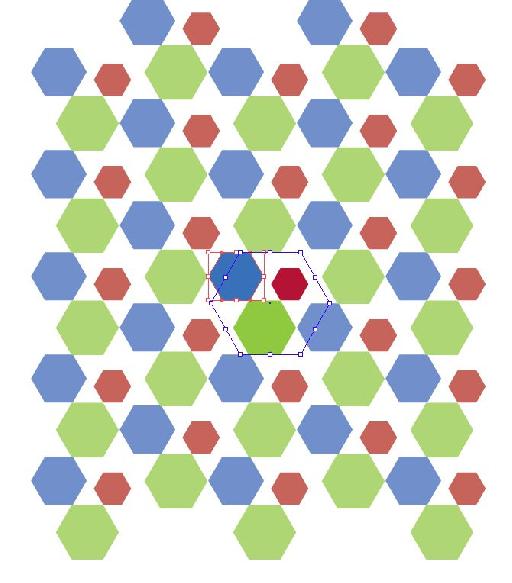 And here's our pattern with another piece of art added.

You're not limited to simply moving and scaling the repeating area, so try something new. When you're done, press Save a Copy, give a new name, then note what it says in the dialog that appears. Finally, press Cancel to return to the document and avoid making changes to the original swatch. You'll see an extra swatch next to your original '" assign it to your big shape to see how it looks.

Drag that second swatch to the New icon at the bottom of the Swatches panel to duplicate it. Now double-click that third swatch to edit it, and there's no problem with just hitting Done. 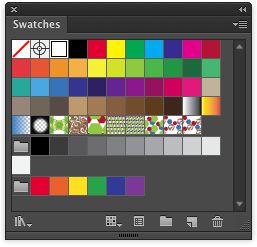 The Swatches panel with a few patterns added.

Something more complex now. Where you chose the option for a Hex repeat before, choose a Brick by Row repeat. This is like a grid, but with each row offset from the previous one. An easy option to start with is 1/2, in which every other row is the same, and intermediate rows are offset by half a row. The other options won't repeat as frequently, and they're quite easy to understand '" it's simply the offset amount, in multiples of tiles, for the next row.

Set a more complex offset, using Brick by Row, and rotate your art for a little variety. To see a little more of what your pattern will look like, choose 9x9 from the Copies drop-down menu near the bottom of the panel. Finally, press done to save your changes. 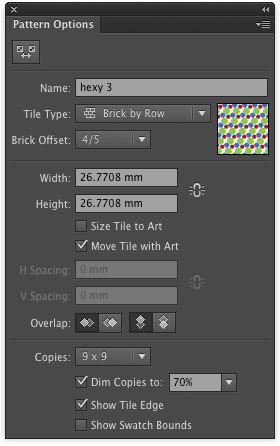 Step 9 - Examine the other options

What else can you do here? Well, the other options are minor, but you can:

You can use gradients as fills inside patterns. You can also nest patterns, using one inside another, but any patterns (or brushes) you use will be expanded before saving, meaning that they won't be editable again.

There's a ton of power here, and even though our computers have enough spare RAM these days to show full-screen photographs as desktop images, those old tessellation skills aren't dead '" they've just moved along. If you're building a website or designing wallpaper, they can be as relevant as ever. Best of all: it's fun. Have a blast. 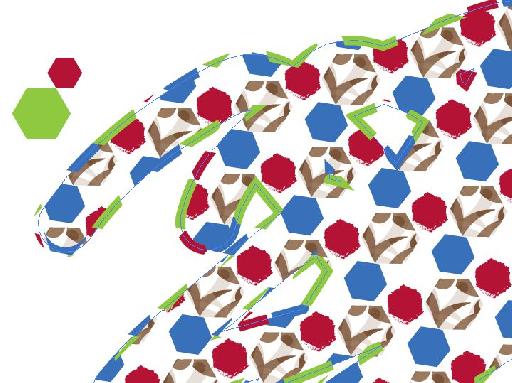 A blob with a fancy pattern on its fill and on its stroke.

Dream It. Do It.
Do you want to learn Illustrator Basics - Create A Logo?
Yes, I want to learn!
No Thanks, I just want to read the article.
Feedback
How are we doing?
We'd love your thoughts, feedback and questions regarding our new site. All feedback is appreciated!
We do not respond to this form! If you need support, please visit our support page.
Thank you for your input!
Your message has been successfully sent
Course Advisor
Don't Know Where To Start?
Ask A Course Advisor