All Articles Illustrator
Riveting Text With Offset Paths In Illustrator
Toby Pitman on Wed, May 22nd 0 comments
Language
When it comes to creating intricate strokes for text or objects, sometimes Photoshop doesn't tick all the boxes. That's when turning to Adobe Illustrator can be useful. Toby Pitman shows how.

There are some things that are really simple to do in Illustrator, creating intricate strokes is one of them. Photoshop has, up until CS6, not given you much options with strokes. If you haven't upgraded to CS6 yet, then Illustrator can really help you out in this department! Here I'll create some riveted text in Photoshop using Illustrator's help!

Create some text in a new Illustrator document (mine is 1280 x 720). I've used the font Planet Kosmos at quite a large size with a bit of spacing. 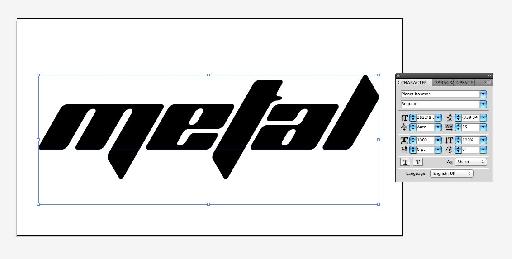 With the text selected choose Type > Create Outlines to convert the text to paths. 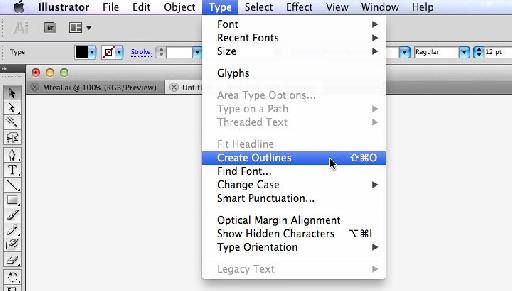 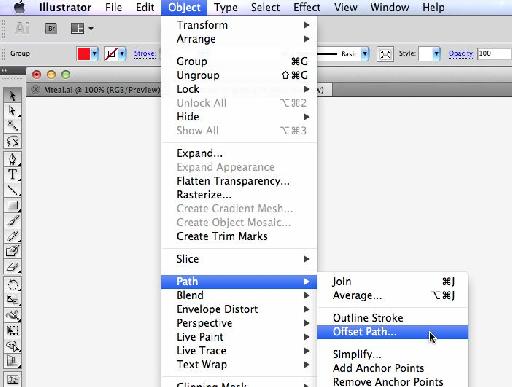 Set the Offset at 26 px or to your liking. This will create an outside stroke effect. Press OK once your happy with the Preview. 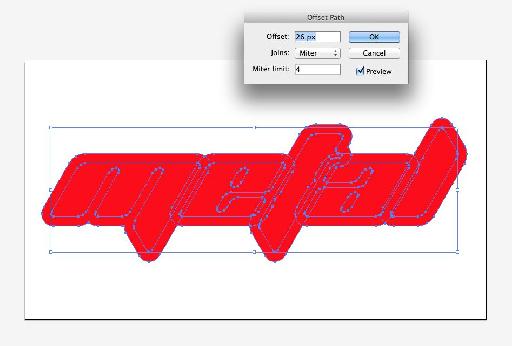 This is the important bit!!! As soon as you hit OK, cut the new paths! Command-X (Control-X on PC).

Step 4 - Paste In Front To A New Layer

Create a new layer and drag it below Layer 1. Select it with the doughnut on the layer panel. 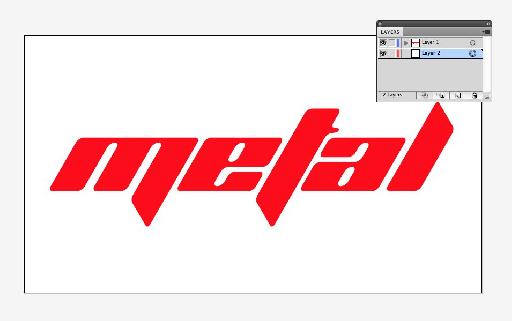 Now hit Command-F (Control-F on PC) to Paste in Front to the new layer. This pastes the paths to their old location. Regular pasting will not do this!

Reselect Layer 1 and repeat the process, but this time make the Offset negative so it comes into the text. 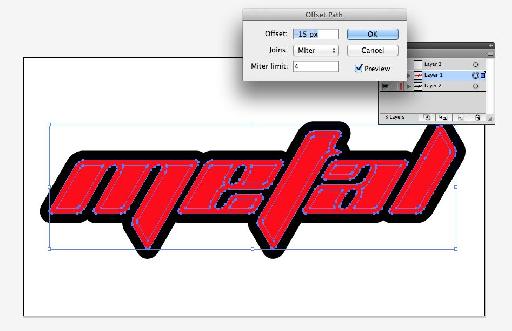 Cut and Paste In Front to a new layer. 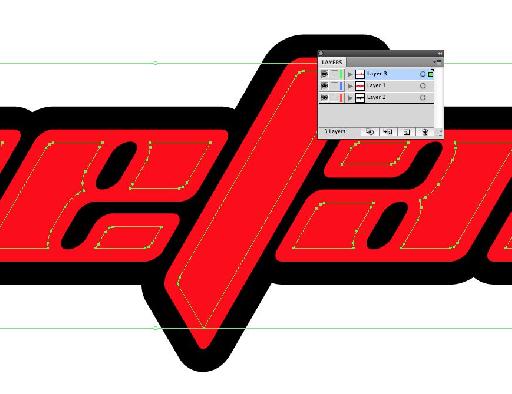 Stoke this new path. Choose a round cap and use the Dashed Line function. The Dash should be 0 px and then adjust the Gap to space the dots! 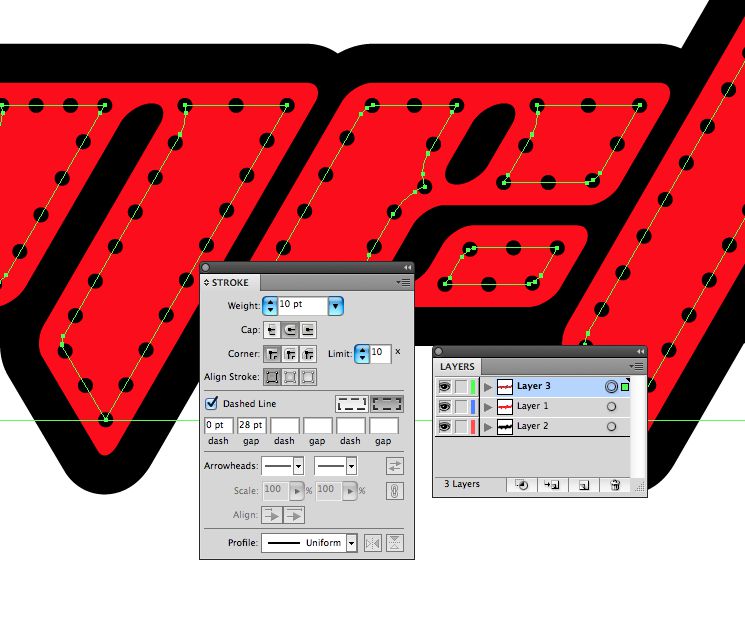 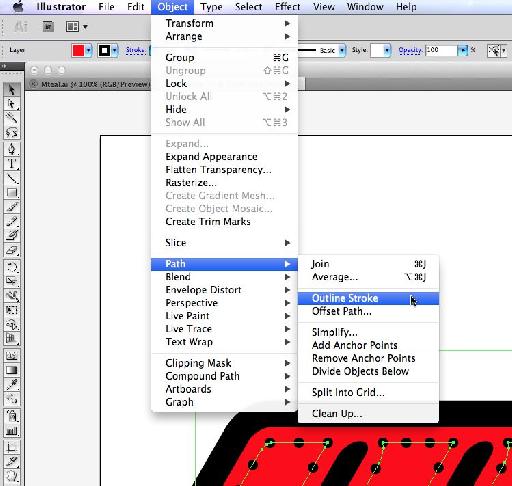 Open up the layer and select all the new dots inside each group by clicking the doughnuts! 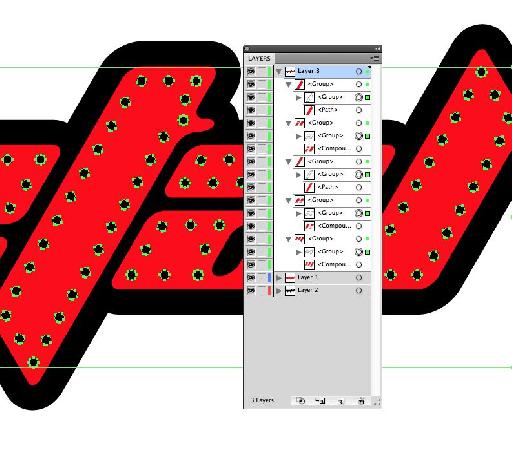 Create a new layer and Paste In Front the dot outlines to their own separate layer. 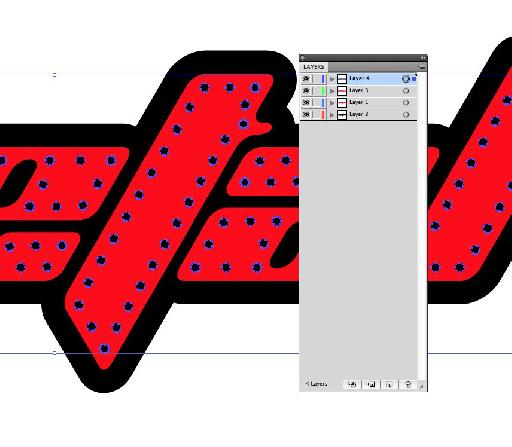 Step 8 - Transfer The Paths To Photoshop

You can now Copy (Command-C) each layer to the clipboard and paste it into Photoshop as a Shape Layer.

Paste the main text, the outline stroke and the dots to separate layers in Photoshop and arrange them. 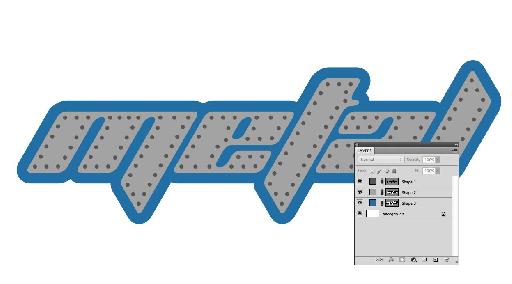 You can now apply some textures and layer styles to these paths to create any effect you like. 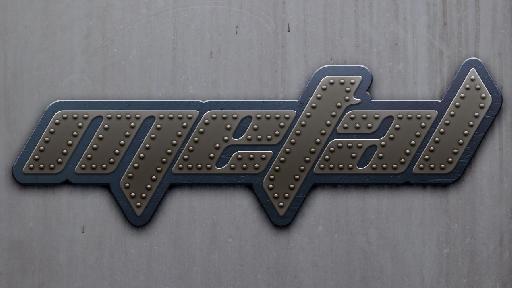 If you have CS6, you should be able to create these dotted strokes quite easily in Photoshop. Pre CS6 Illustrator is your best friend for this '˜type' of thing!

Dream It. Do It.
Do you want to learn Trace and Paint: Create From Real Media?
Yes, I want to learn!
No Thanks, I just want to read the article.
Feedback
How are we doing?
We'd love your thoughts, feedback and questions regarding our new site. All feedback is appreciated!
We do not respond to this form! If you need support, please visit our support page.
Thank you for your input!
Your message has been successfully sent
Course Advisor
Don't Know Where To Start?
Ask A Course Advisor