This tutorial continues from where the previous "Creating Arpeggiated Patterns in Logic - Part 1" left off. If you're relatively new to Logic's Environment and haven't already followed that tut, I'd recommend heading there first.

In this tutorial we're going to take a look at how to garner more control over the Arpeggiator object and set it up so that you can apply different arpeggios to your patterns on ANY of your chosen Software Instrument tracks in real-time. We'll also create a way to switch it on and off.

That's a lot to get through, so without further ado let's jump straight in!

You can of course choose any channel strip setting you'd like. Monophonic bass synths can work really well if you're looking to create an Electronic masterpiece. 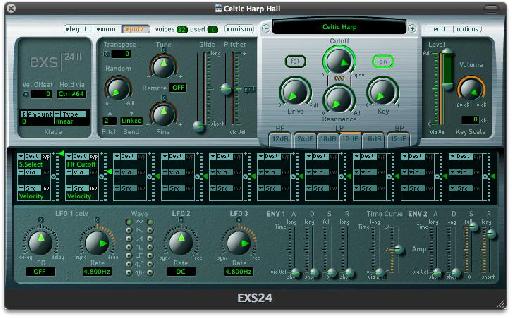 We're going to route this Arpeggiator differently to our method in the first part of this tut. Before we do let's take a quick look at the Environment window, and specifically, the Clicks & Ports Layer. 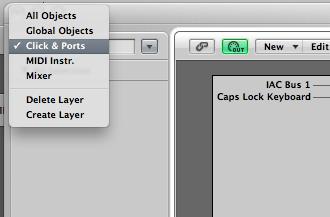 The Clicks & Ports Layer shows you two very important objects. The Physical Input is a representation of your Physical MIDI Device's inputs. The Sequencer Input is basically the MIDI input into Logic.

It's important to understand signal flow in Logic, and there's nowhere better to understand how it works than with these two objects. If there is no connection from the Physical Input object to the Sequencer Input then when you press a key on your MIDI Keyboard (or Caps Lock Keyboard), the MIDI data won't reach your tracks in Logic's Mixer. 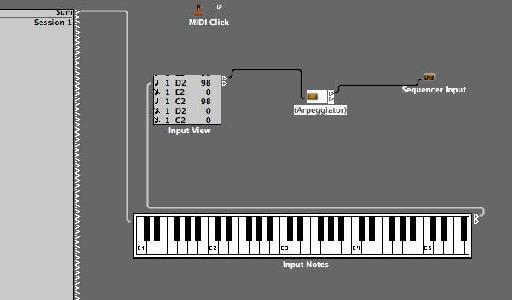 The beauty of placing the Arpeggiator in the MIDI signal chain between the Physical and Sequencer Input objects is that we can now apply arpeggiations to whichever track we have selected in the Arrange area without needing to create a new track specially for the arpeggiator object. (More on this in the next step).

To demonstrate how this type of arpeggiator differs from the one in Part 1 of this tutorial, I've created an extra Software Instrument track with a Sculpture Dirty Bells sound as the instrument. To create arpeggios it's simply a matter of hitting Play and holding down chords on your MIDI Keyboard.

The screen shot below shows the result of recording a simple pattern while switching tracks. You can see when I selected each track by the placement of the MIDi note events.

So, you've recorded your arpeggiated pattern. You're happy and possibly you'd like to record some other parts for your composition now. However, we have a problem. Any MIDI notes you play/record in real-time onto any track will be processed by the Arpeggiator object in the Environment!

We need to find a way to switch it off without disconnecting it completely. Let's head back to our Environment window to make this happen. From the Environment local menu choose: New > Fader > Specials > Cable Switcher

This most useful of objects will allow us to switch the Arp on or off. More precisely it'll enable you to route the MIDI Signal through one of it's outputs. It's a bit like a railroad switch - where the train will then follow the train track you've switched it to.

06 - Connecting up the Cable Switcher

Click on the Cable Switcher to route the MIDI signal through the different outputs.

You've now created an On/Off switch so you can choose whether to play/record your performances normally or as arpeggiated patterns.

Let's take a quick look at one of the Arpeggiated patterns in one of Logic's MIDI Editors. Double-click on the MIDI region to view it's contents in the Piano Roll.

If you followed Part 1 of this tutorial you'll no doubt notice the difference immediately. By placing the Arpeggiator object between the Physical Input and Sequencer Input in Logic's Environment, the actual notes outputted from the Arpeggiator object are recorded -- and not the original chords you have played. 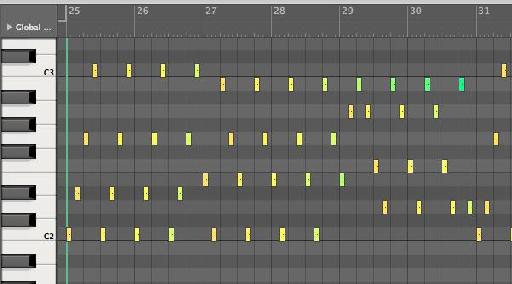 The added benefit is if you wish to render that track (or your project) to audio, you can bounce it offline. Yup. No need to use the real-time option in the Bounce dialog as Logic has already written the arpeggiated pattern as MIDI note events to your track!

Now that we've got the measure of using one arpeggiator, let's get creative and explore the routing possibilities available in Logic more deeply.

Also notice that I've increased the Range for the Cable Switcher to account for the extra output cables.

You don't need to stop there. You might wish the MIDI notes to be processed by two arpeggiators cabled one after another (for some interesting/strange effects), or you may wish to control the Cable Switcher using a key on your MIDI Controller. All of this and much, much more is possible in the Environment.

There are a couple of touches we can add to make this Environment more intuitive and easier to use.

First, let's make sure we can access this Cable Switcher button without needing to delve into the Environment. Simply right-click on the background of the Environment page and choose "Frameless Floating Window". Resize the window so you can only see the Cable Switcher and position it anywhere you'd like it to be on your screen.

I'd also suggest right-clicking in the Environment's empty background and choosing "Protect Positions and Hide Cables". It means you can't accidentally remove a cable and break the signal flow chain. 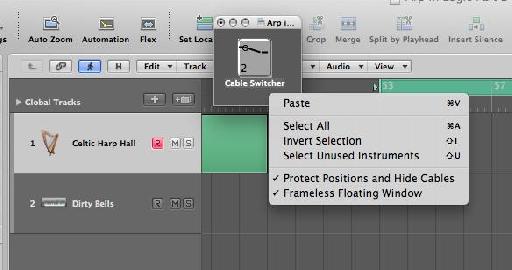 Remember your Environment is saved within this project. I would recommend creating your ideal Arpeggiator Environment and choosing: File > Save as Template...

Your Arpeggiator template will be available to you whenever you choose to create a new project! 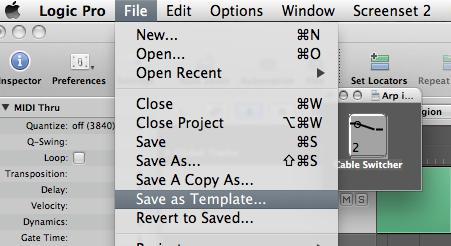 Here's an audio sample demonstrating some complex arpeggiated patterns you can easily achieve by switching between different Arpeggiator objects (with different Direction modes and Octave settings) - all in real-time!

Here's a brief run-through of the different Direction modes available in Logic's Arpeggiator object. These determine the order the individual notes of the chord are played back.

Check out these tutorials for even more Logic Environment tips and tricks that'll make your music productions stand out from the crowd!

Rounik Sethi
Rounik is the Executive Editor for Ask.Audio & macProVideo. He's built a crack team of professional musicians and writers to create one of the most visited online resources for news, review, tutorials and interviews for modern musician and producer. As an Apple Certified Trainer for Logic Pro Rounik has taught teachers, professional musicians and hobbyists how to get the best out of Apple's creative software. He has been a visiting lecturer at Bath Spa University's Teacher training program, facilitating workshops on using music and digital media tools in the classroom. If you're looking for Rounik, you'll most likely find him (and his articles) on Ask.Audio & macProVideo.com.
Related Videos
Comments (20)