All Articles Logic Pro
Turn Your Spare MIDI Controller Into a Virtual Hardware Instrument in Logic Pro X
Darren Burgos on Mon, November 23rd 0 comments
Language
Many of us have a secondary MIDI controller lying around. In this enlightening tutorial, Darren Burgos shows how to use it for one sound only, in true hardware instrument synth-style, in Logic Pro X.

By default, Logic only sends MIDI from your controller to the selected track/instrument in the track list. The problem here, is when you’re in the middle of writing/producing, having to stop (and move away from the track you're working on) to find your piano, guitar instrument, organ, etc. can be a creative downer. Many producers have more than one MIDI controller in their studio. Instead of that extra controller just sitting around collecting dust, let’s assign it directly to an instrument in Logic so it always plays a specific sound (like a virtual hardware instrument).

Step 1: Open a New Project and Choose a Sound

Open a new empty project and choose your go-to sound to use while writing and composing. For this article, I’m choosing the Yamaha Grand Piano, but pick anything you like really. This can be third-party instruments too. 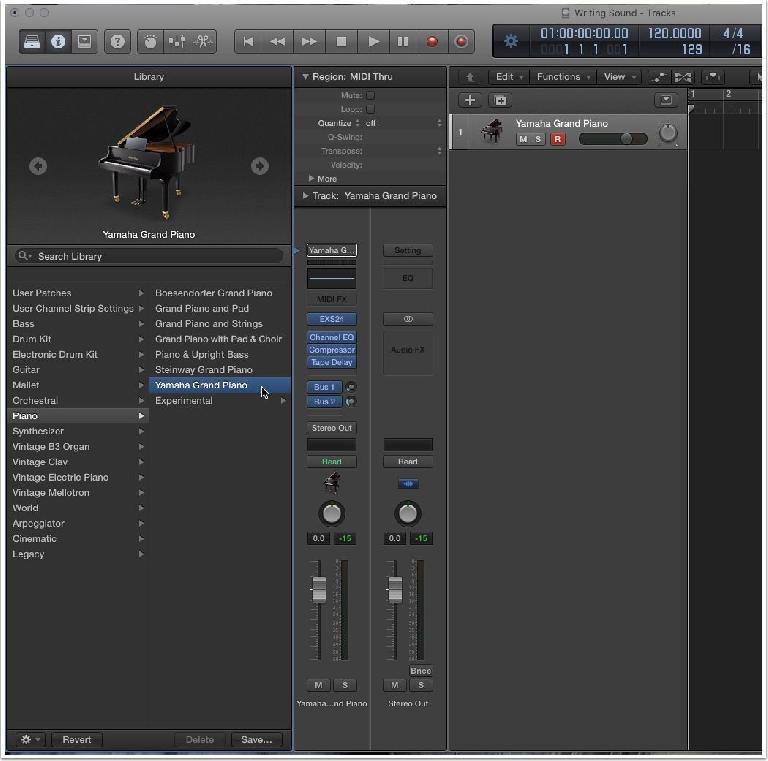 Open Logic’s Environment window with key command Command-0 from the Layer menu (top left corner) click it and select “Click and Ports.” Press Command-A to select all the objects here, then press Command-X to cut them. They’ll be copied to the clipboard and removed from the Click and Ports layer. Now click back on the Layer menu and select the Mixer layer. Press Command-V to paste the object into the mixer layer. While they’re still selected you’ll want to position them below the mixer objects like in the image below. 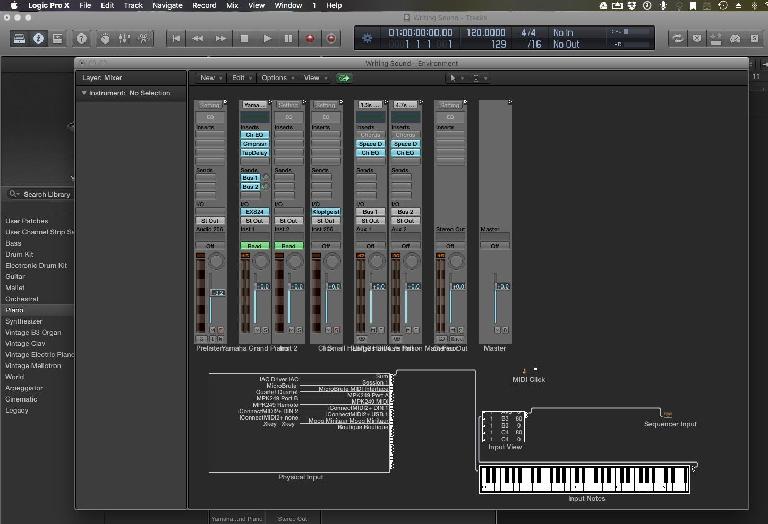 Step 3: Decide on a Controller to Assign the Sound to 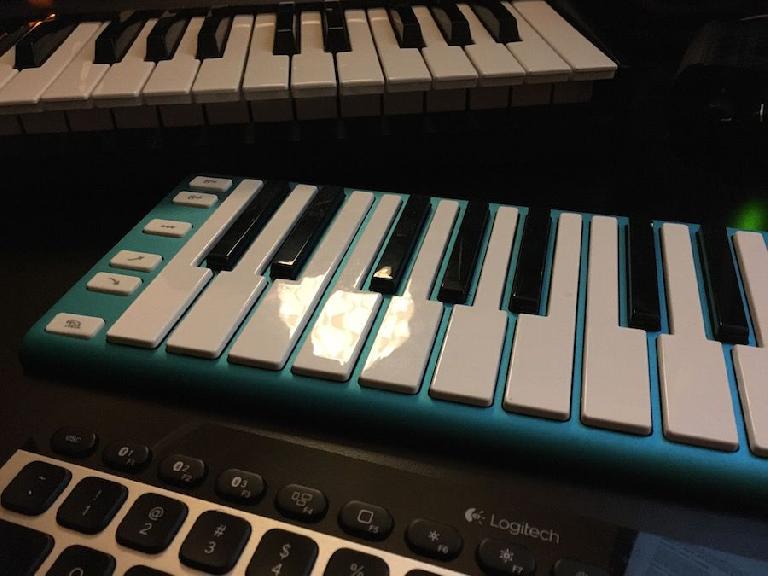 Step 4: “Wire” the Controller directly to the Instrument

First, find the instrument in the mixer objects above. Again, the labeling might be overlapped making it difficult to see the instrument you’re looking for. Objects in the Environment are freely moveable, so grab the track with the instrument on it and drag it down so you can clearly read its name. Now, go back to the Physical Input box and drag the output triangle of your chosen controller directly to the channel with your chosen instrument (it will lighten when you’re on it). If you only want to use your writing sound to play (and not record) then you can jump to step 6. If you think you will also want to record MIDI with your writing sound move on to step 5. 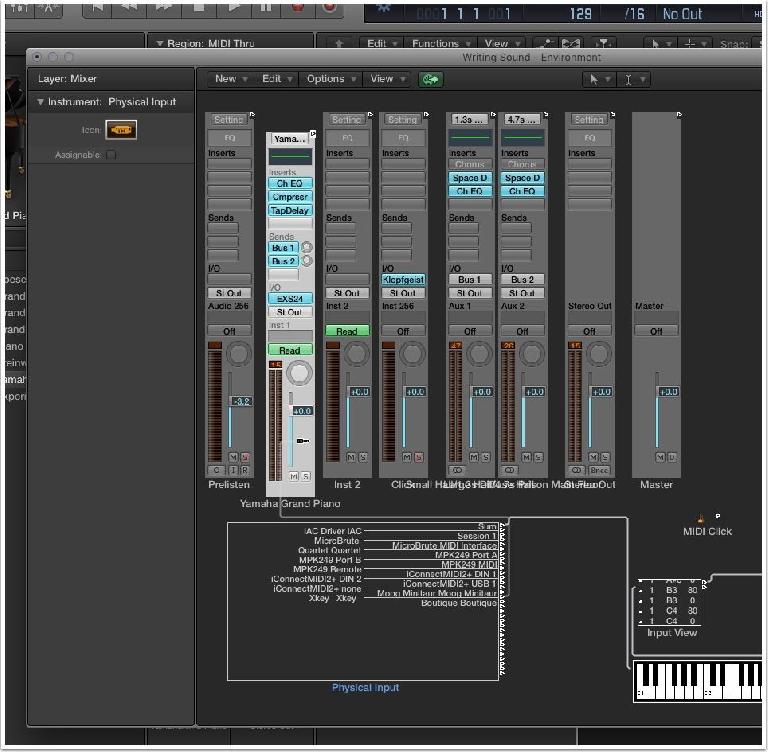 So at this point your chosen controller should play back your chosen sound no matter what track is selected on in Logic. Only one issue though… right now it’s play only. You can’t record from it until you follow this next step. Click onto the Environment’s “New” menu and from the subsequent Fader, then Specials menus select “Cable Switcher.” Position the Cable Switcher below the mixer channels like you did with the other pasted objects. You may have noticed that the channels above also have tiny output triangles at their top right corners? Grab your instrument channel’s output arrow and drag it directly to the Cable Switcher. In the image below, I’ve dragged the channel out and to the right to more clearly demonstrate this. Now grab the arrow from the Cable Switcher and drag it to the “Sequencer Input” object. When you do this, a new (second) output triangle will appear on the Cable Switcher. Click the Cable Switcher so it outputs to this new unused position (like in the image below) for regular playback only. If/when you need to record MIDI with your writing sound, you can click the cable switcher to change its output to the sequencer’s MIDI input. 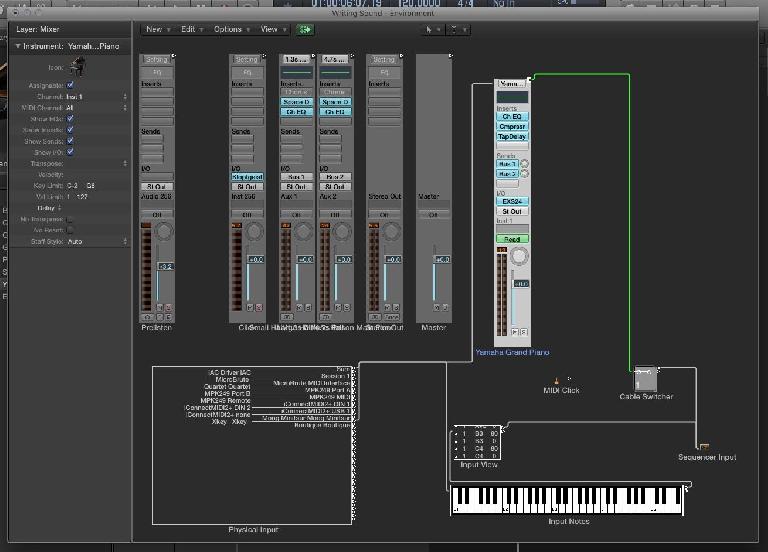 Step 6: Save Project as a Template

So you only ever have to do this once, the final step is to save the project as a Template. Towards the middle of the file menu in Logic you’ll find “Save as Template.” Do this, and give it a name you’ll remember like “Song Starter.” Now you can open every time you start a new song from the File menu under “New from Template.” 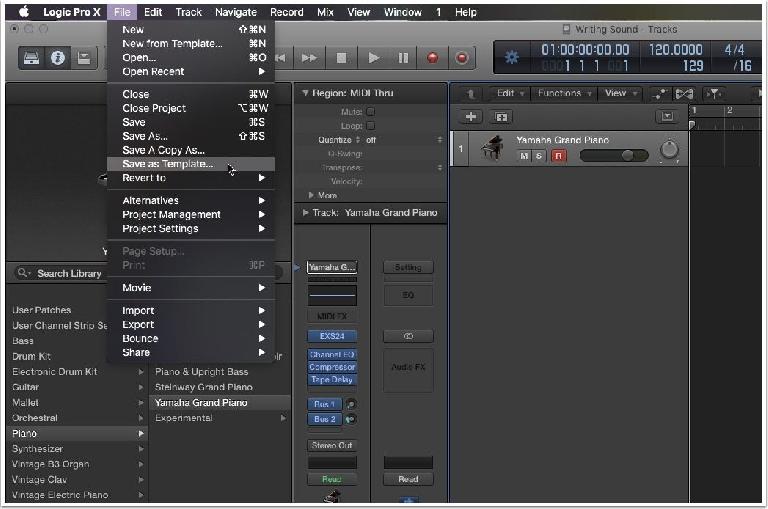 Tips: You’ll definitely want to switch back and forth between output paths on the Cable Switcher. If you leave it feeding into the Sequencer Input then your chosen controller will not only trigger your writing sound, but also the selected track in Logic’s track list. 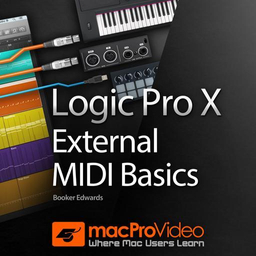