All Articles Review
Review: Skanner for Reaktor
Toby Pitman on Tue, February 28th 0 comments
Language
Using Reaktor? Downloaded the free Skanner ensemble yet? If not, Toby Pitman explains, with sound examples, why this should be the next file to land in your Downloads folder.

Skanner is a free Ensemble for use in Reaktor 5.6.2 or the free Reaktor Player developed by the creator of Reaktor Stephan Schmitt. Go and download it NOW because it's feakin' awesome!! And free!!

Based on the '˜Sample Lookup' module in Reaktor, Skanner essentially lets you scroll through a sample using a virtual playhead. Anyone familiar with Reaktor will remember Travelizer which has been around since the early versions. Skanner is like Travelizer on steroids!!

There are two views: '˜View A' has the '˜Preset Morpher', a set of assignable Macro controls and a Global LFO to modulate these parameters: 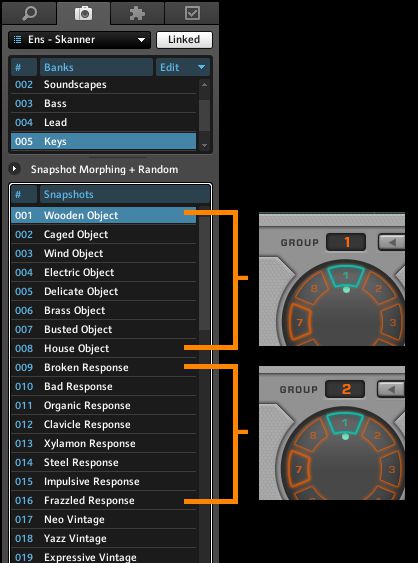 The results are pretty cool!

View B is for patch creation: 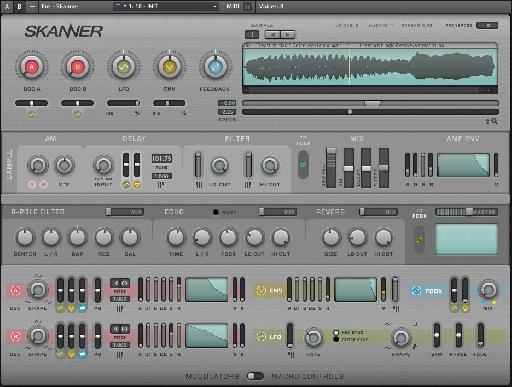 We also find the Macro control setup in a different tab at the bottom:

Good question! Like most Reaktor instruments it's a little overwhelming at first. Once you get the concept it's easy.

First we have the sample player or '˜Sample Lookup' module. There are 12 of these each containing a different default sample. You can drag your own samples in if you have a full version of Reaktor (s,ee manual). You can select between the samples using the forward and back buttons.

There is a Fine and Coarse position control for the playhead (the Green line).

When we hit a key and the playhead is static, Skanner makes no sound. If we move the playhead then we get a sound! Think of this like the sound you get from audio scrubbing in your DAW.

We can move the playhead in a variety of ways. The controls you see below are the modulation sources for the playhead: Two Oscillators (A and B), an LFO, an Envelope and a Feedback loop.

Here's where the fun begins! In Skanner the Oscillators '˜modulate' the playhead. If I increase the amount of OSC A (set to a Sine wave) you can hear it move the playhead. At low pitches it scrubs and as it gets faster (higher pitch) it starts to become like a wavetable oscillator and a pitch is produced. OSC 1 has an envelope which allows you to shape the amount of modulation further.

Here's OSC B set to a higher pitch. Again the Attack is set slow. We get a more recognizable synth sound:

The LFO and Envelope can also be used to move the playhead. This allows for much more radical sweeps of the sample. I'm using the LFO set to a slow speed in this example:

When combining modulation sources things get a lot more interesting. In this example OSC B provides the pitch and the LFO moves the playhead to different positions in the sample creating a morphing oscillator. Because you can load your own samples the creative boundaries are limitless!! The more interesting the sample the better! 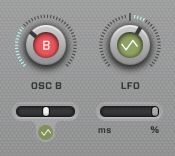 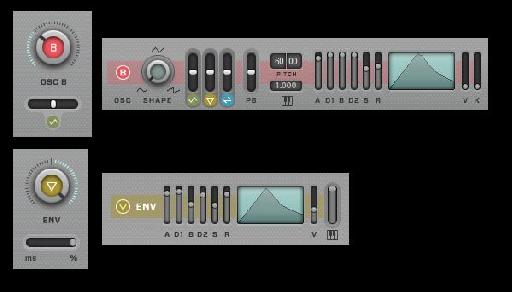 This is just the start! You can also shape your sound using the filters, AM and effects! Endless fun!

I could go on! Hopefully you see the basic concept of this highly powerful synth. My advice would be to initialize Skanner and start experimenting!!

Dream It. Do It.
Do you want to learn Reaktor: Revealed?
Yes, I want to learn!
No Thanks, I just want to read the article.
Feedback
How are we doing?
We'd love your thoughts, feedback and questions regarding our new site. All feedback is appreciated!
We do not respond to this form! If you need support, please visit our support page.
Thank you for your input!
Your message has been successfully sent
Course Advisor
Don't Know Where To Start?
Ask A Course Advisor