All Articles News
Behringer Reveal $899 DeepMind 12 Desktop Synth, But Do You Want It?
Rounik Sethi on Fri, November 11th 3 comments
Language
The DeepMind 12 polyphonic analog synthesizer caused much debate when it was announced by Behringer. Now a desktop prototype has been revealed... but would this make your synth shopping list?

Well Uli Behringer is defintely true to his word as his latest post on GearSlutz forums confirms. Back on 1st August 2016 Uli floated the idea of a desktop/rack mount version of their upcoming (and still unreleased) 12 voice polyphonic synthesizer, DeepMind 12.

Just a few hours ago, Uli has revealed the working prototype image for the gorgeous looking desktop synthesizer on GearSlutz:

While this is a working sample, we have not yet decided if we will actually put it in production. In order to achieve an attractive sales price that is below the keyboard version, we would require substantial production volume.

Perhaps you could share with us what your level of interest is if the product would be available at around US$ 899. 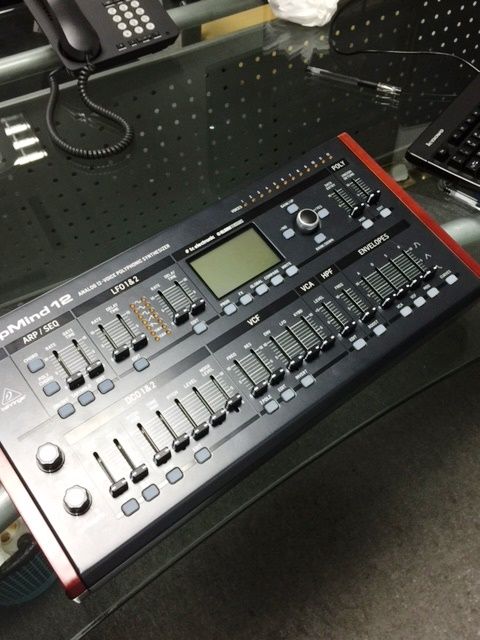 So, as you can read above, Behringer need to know whether you're interested or not in a desktop version of DeepMind 12 at just $899.

In order for Behringer to get a sense of demand probably better to post your comments in the Gearslutz thread (link below) which Behringer are keeping a close eye on.

Rounik Sethi
Rounik is the Executive Editor for Ask.Audio & macProVideo. He's built a crack team of professional musicians and writers to create one of the most visited online resources for news, review, tutorials and interviews for modern musician and producer. As an Apple Certified Trainer for Logic Pro Rounik has taught teachers, professional musicians and hobbyists how to get the best out of Apple's creative software. He has been a visiting lecturer at Bath Spa University's Teacher training program, facilitating workshops on using music and digital media tools in the classroom. If you're looking for Rounik, you'll most likely find him (and his articles) on Ask.Audio & macProVideo.com.
Related Videos
Comments (3)