All Articles News
NAMM 2017: Elektron Unveils Brand New Digitakt Drum Sampler And Computer
Hollin Jones on Fri, January 20th 4 comments
Language
Hardware synth specialists Elektron are aiming to make their latest creation as affordable as possible. Cenk from Elektron takes us through the reasons you should be excited.

Synth specialists Elektron make some weird and wonderful hardware and at NAMM 2017 the company took the covers off Digitakt, its new compact drum sampler and sequencer. According to Elektron, "It contains all the necessary tools to make people move to the beat. A digital and highly flexible sound engine, sampling capability, a live-friendly sequencer and the means to control external MIDI gear. Rounded off with a super crisp OLED screen and wonderfully tactile back-lit buttons"

With eight voices, eight audio and eight MIDI tracks internally as well as Elektron's Overbridge technology that allows the company's instruments to also work as software plugins, it certainly looks like a serious piece of gear, but one that also maintains an element of fun, blending hard electronic with warm analog processing.

Digitakt will be available spring 2017 at an expected price of $650. 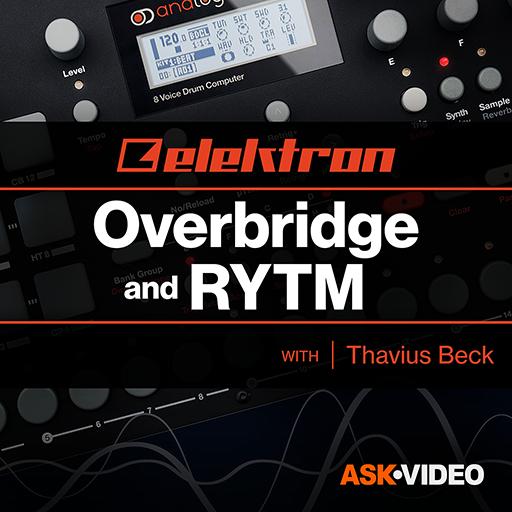 Dream It. Do It.
Do you want to learn Overbridge & RYTM?
Yes, I want to learn!
No Thanks, I just want to read the article.
Feedback
How are we doing?
We'd love your thoughts, feedback and questions regarding our new site. All feedback is appreciated!
We do not respond to this form! If you need support, please visit our support page.
Thank you for your input!
Your message has been successfully sent
Course Advisor
Don't Know Where To Start?
Ask A Course Advisor