PreSonus has launched two new hi-def USB2 recording interfaces aimed at mobile music-makers and smaller studios. With support for sample rates up to 192kHz and a copy of Studio One included, they are designed to provide all the tools you need to track audio wherever you are. They share a similar core feature set, with the Studio 68 providing a higher I/O count for those who need more channels.

Find out more about the new interfaces here. 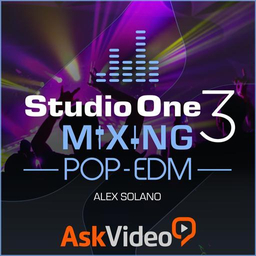 Dream It. Do It.
Do you want to learn Mixing Pop-EDM?
Yes, I want to learn!
No Thanks, I just want to read the article.
Feedback
How are we doing?
We'd love your thoughts, feedback and questions regarding our new site. All feedback is appreciated!
We do not respond to this form! If you need support, please visit our support page.
Thank you for your input!
Your message has been successfully sent
Course Advisor
Don't Know Where To Start?
Ask A Course Advisor