All Articles News
Scientists Have Created The Loudest Sound Ever... Yes, Louder Than Your Amp Turned To 11
Hollin Jones on Mon, May 20th 0 comments
How loud is the loudest sound ever made - even the loudest sound it is possible to make? Scientists think they have the answer, and it might surprise you how they got there.

You might be used to your VU meters peaking, or your drum recordings clipping. But brace yourself for something an order of magnitude louder - scientists claim to have created the loudest possible sound. And it's not what you might imagine.

According to a new report, a team led by Gabriel Blaj, a staff scientist at the SLAC National Accelerator Laboratory and Stanford University, has generated what may be the loudest possible underwater sound. Using SLAC's Linac Coherent Light Source (LCLS) X-ray laser, the researchers blasted tiny jets of water to create incredible sound pressures above 270 decibels.

How Loud Can You Get?

But is it even possible for a sound to be the loudest possible sound ever? Apparently, it is. David Szondy of NewAtlas explains:

“In air, a sound can't get any higher than about 194 decibels and in water it's around 270. This is because sound is an example of something where the measurements break down at either end of the scale.

At zero decibels, there is no pressure wave, but at the other end, the medium that the sound is traveling through starts to break down, so it can't get any louder."

This is what happened when the researchers zapped micro-jets of water (between 14 and 30 micrometres in diameter) with an X-ray laser. When the short X-ray pulses hit the water it vaporized and generated a shockwave. The intensity was equivalent to directing the electrical power of an entire city onto a single square meter, resulting in sound pressures above 270 decibels.

The intensity was equivalent to directing the electrical power of an entire city onto a single square meter!

This shockwave then traveled through the jet and formed copies of itself in a "shockwave train" made of alternating high and low pressure zones. In other words, a very loud underwater sound.

What the team found was that once the intensity of this sound went above a certain threshold, the water broke down and turned into small vapor-filled bubbles that immediately collapsed in a process called cavitation. So no greater volume was possible.

So if you thought the last club night or rock gig you went to was loud (normally around 110 dB), it’s got nothing on micro jets of water zapped with an x-ray laser! Don’t expect to see this made into a plug-in any time soon though, even your best speakers couldn’t handle it.

Curious how loud other common sounds are? Let's put it in context... 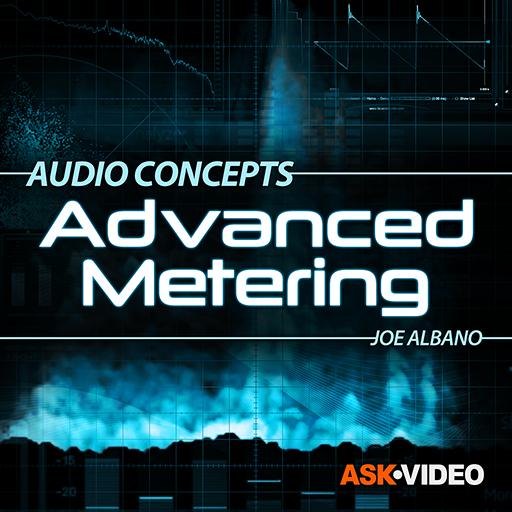 Dream It. Do It.
Do you want to learn Advanced Metering?
Yes, I want to learn!
No Thanks, I just want to read the article.
Feedback
How are we doing?
We'd love your thoughts, feedback and questions regarding our new site. All feedback is appreciated!
We do not respond to this form! If you need support, please visit our support page.
Thank you for your input!
Your message has been successfully sent
Course Advisor
Don't Know Where To Start?
Ask A Course Advisor