All Articles Photoshop
New Designer Features In Photoshop CS6
Toby Pitman on Tue, May 29th 0 comments
Language
Continue this exploration of the best new features in Adobe Photoshop CS6 with Toby Pitman. In this article learn about the new features pitched at designers.

Photoshop has long been the tool of choice for designers both web and graphic. CS6 brings some cool new features to help with the design process.

CS6 brings a couple of nifty tools for dealing with text. Now if you're designing websites with Photoshop this first one is a godsend. Creating dummy text in a layout is something you'll do all the time so having the new Paste Lorem Ipsum feature makes it a breeze to chuck in some generic text to your layout.

Just drag out a text box with the Text Tool. 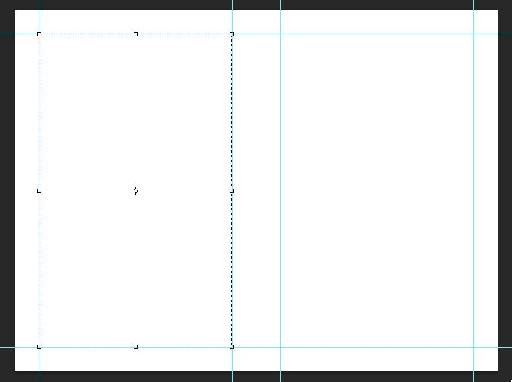 Either go to Type > Paste Lorem Ipsum or assign it a key command.

Then just paste in the dummy text. Easy and a real time saver! 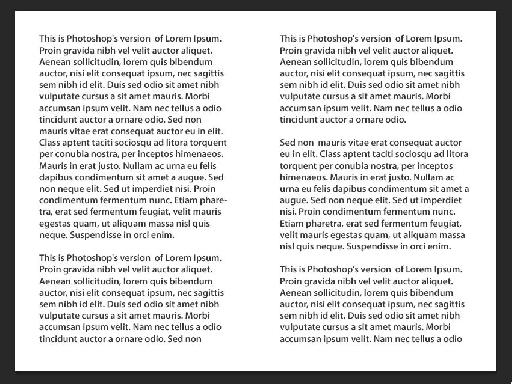 The next feature is the new Character Styles which allows you to set up custom text formatting just like you would in any text editor.

Just open the Character Styles panel and create a new style with the new file icon. Double click it and set up your style. 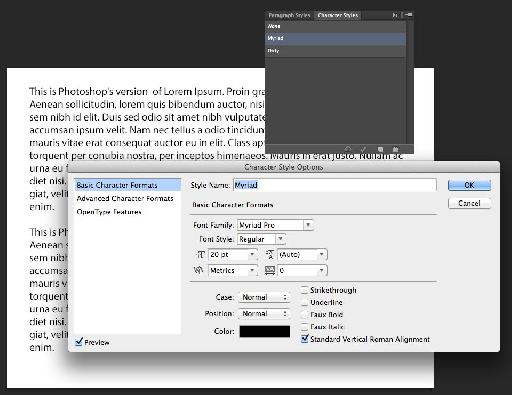 To change styles just select them in the panel. 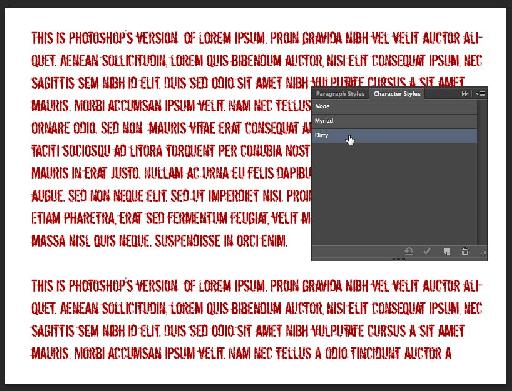 This is great if you're reusing styles across documents and a welcome new feature.

CS6 also introduces Dithering on gradients (Stroke Gradients too) to help prevent banding when transitioning between similar luminance values. Previously you would have to introduce noise into the equation to deal with this. 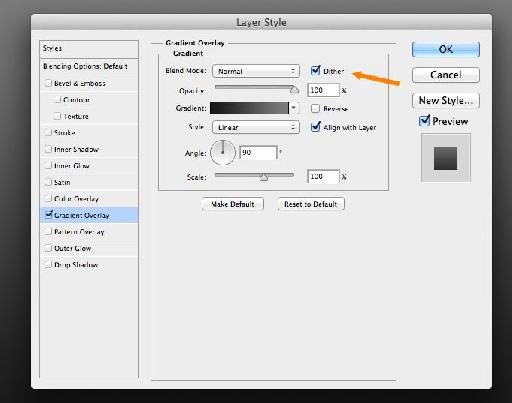 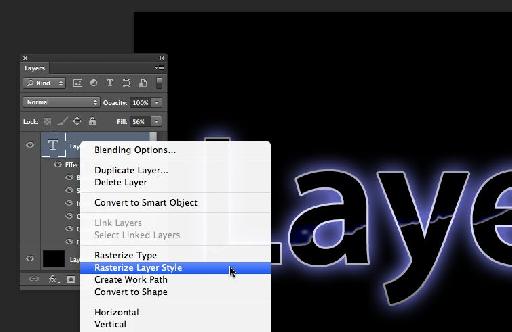 Your layer is now converted to pixels. The order of Layer Style effects are now ordered in a much more logical manner.

We can now also apply Layer Styles to Groups!! At last!!! Total win!! These are easily edited using the vector tools. They can also be filled with colors or gradients! Yes, gradients!!! You now get to Stroke your shapes without Layer Styles using the built in Strokes, just like Illustrator. There's also a handy little Heads Up Display for showing you the width and height of your selections or shapes as you draw them. Lastly we have the inclusion of a whole bunch of new templates for Mobile devices. All the current formats like iPad etc. are now available! CS6 is looking to be a great update with the introduction of features that have been on a lot of peoples wish list for a long time! Adobe have really pulled it off this time!!