Even if you don't have After Effects you can still create some cool things with video straight from inside Photoshop Extended. In this article I'll show you a very quick example of what I mean.

First up I'm going to open a QuickTime video of a shark. I got this from Vimeo (just search free HD footage). 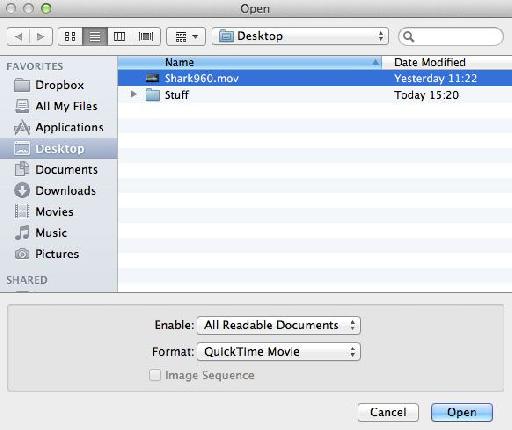 Open the Animation panel from the Windows menu. This will allow you to play your footage. 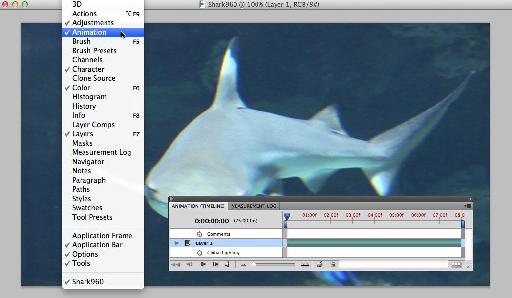 In order to use Photoshop effects on your movies you first need to convert them to a Smart Object. Do this by Control-clicking on the layer and choosing Convert to Smart Object. 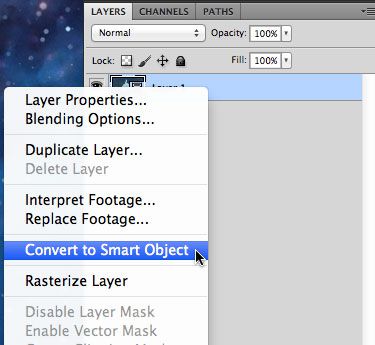 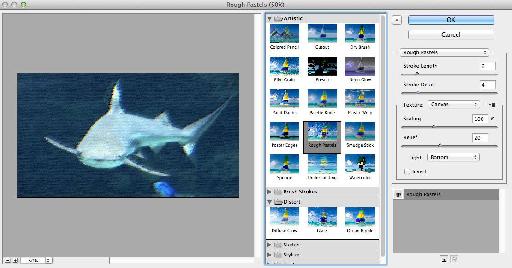 I've chosen Paint Daubs just to give my footage a quick stylized effect for this demo. It's possible to create some really cool effects this way that just aren't possible even in After Effects. 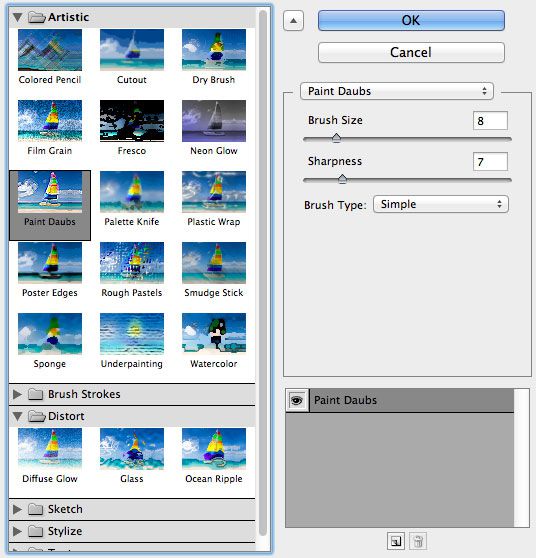 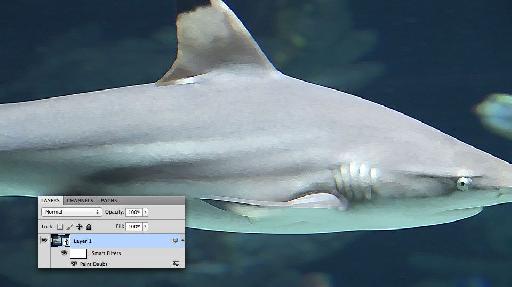 Next up create a new Layer and fill it with a light tan color. I've applied the Texturizer filter set to Sandstone to give it a rough paper kind of look. 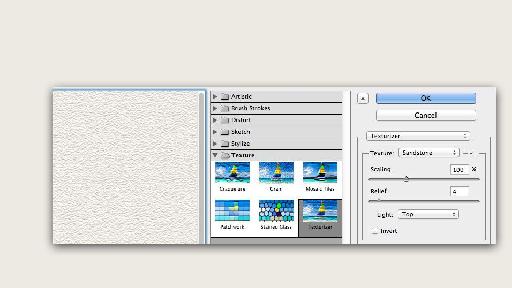 I've got a large watercolor brush that I got from Brusheezy. On a new Layer I'm going to click once with a light blue foreground color. 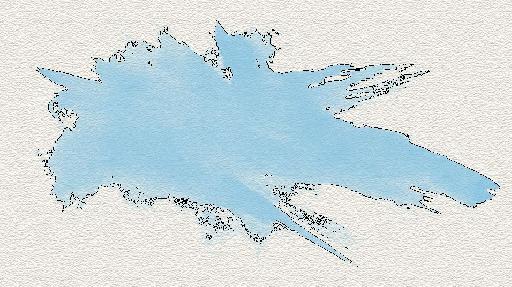 On another new Layer I'm going to rotate the same brush and click again using a light purple. I'm now going to set the blending mode of both Layers to multiply. 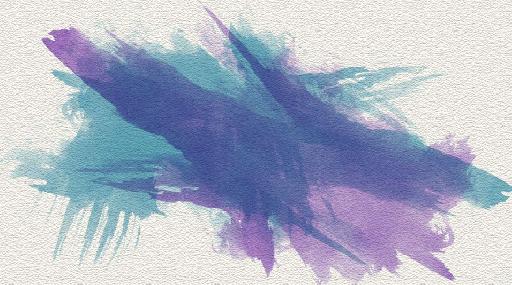 Going back to my textured paper Layer I'll create a mask. Using black as my foreground I'll choose another brush and click to reveal my video layer beneath. Without moving the brush I'll click another two or three times until the mask is painted solid black and the hole in my Layer is fully transparent. You can see the brush layers are covering the footage so we need to hide them. I need to copy the mask on my reveal Layer onto my brush stroke Layers. I do this by holding Option and dragging the mask to the layer. Here you can see the mask is now hiding both the brush stroke layers. Now I'll select the texture Layer and apply a drop shadow to give the effect some depth. Now I'll just add a bit of text to complete the scene. You can use this technique to create overlays for your iMovie projects by simply hiding the movie layer. Here you can see the transparency which will reveal your footage. You can render your footage by going to Export > Render Video... and choosing your format: These kind of effects are really easy to do in Photoshop so give it a try.

Dream It. Do It.
Do you want to learn Compositing Workflows in Photoshop?
Yes, I want to learn!
No Thanks, I just want to read the article.
Feedback
How are we doing?
We'd love your thoughts, feedback and questions regarding our new site. All feedback is appreciated!
We do not respond to this form! If you need support, please visit our support page.
Thank you for your input!
Your message has been successfully sent
Course Advisor
Don't Know Where To Start?
Ask A Course Advisor