All Articles Photoshop
Review: 5 Best New Features in Photoshop CC 14.2 Update
Martin Perhiniak on Wed, February 5th 0 comments
Language
One of the benefits with Creative Cloud is the regularity with which Adobe can unleash new updates for its user base. And Photoshop CC's recent 14.2 update brings with it many cool new features.

Since the introduction of Creative Cloud, Adobe has promised to provide regular updates to all their creative applications for Creative Cloud members. Seeing these new features, I have to admit they really kept their promise. This is the second big round of update to Photoshop CC since its introduction, and there are several great new features and improvements to existing features. In this tutorial I will walk you through these changes.

Photoshop has several way of modifying, transforming and distorting images. The most commonly used one out of all of them is probably Free Transform. Even though it is a very versatile feature, it still is not the best tool to use for every type of modification. With new versions of Photoshop, we get more and more specialized tools for image transformations like Puppet Warp, Content-Aware Scale, Adaptive Wide Angle filter and now with the latest update we have Perspective Warp.

Perspective Warp makes it easy to manipulate multiple perspectives in your image while keeping the rest of the image intact. You can correct complex distortions that can’t be fixed with other tools, turn a telephoto-lens shot into a wide-angle shot (and vice-versa), or even change the viewpoint from which the object is seen. Perspective Warp is also fantastic for seamlessly combining multiple images together that have different vanishing points.

As an example let me show you the correction I did on this image using this new feature:

All you need to do is to choose Perspective Warp from the Edit menu and then define the planes you want to modify. Once a plane is in place you can attach a new one to it and you can also turn an edge into a completely vertical edge by Shift-clicking on it. The following image shows what I achieved:

It is good to know that you can also use this feature non-destructively in case you apply it onto a Smart Object. That way it will become a Smart Filter, which you can easily adjust at any point even after being applied.

This is probably the most exciting new feature for me as I was one of the first users requesting it on Adobe forums back in 2012. As a graphic designer, I work with Smart Objects a lot and I realized that it would be fantastic to be able to link them to an external source file, which then can be used in several PSD files.

That is exactly how the new Linked Smart Objects work in Photoshop. Let’s say you have a logo created in Illustrator, which you use in several PSD mockups. Whenever the logo design changes you would have to update each and every PSD one-by-one with the new design. Thanks to the Linked Smart Object feature now you can link each PSD to the original Illustrator artwork and it is enough to update that file to see the changes update in all the PSD files where you used the logo.

All you need to do to create a Linked Smart Object is to use the new Place Linked option from the File menu or hold down Alt while drag-and-dropping a file into a Photoshop document.

For the past three decades, Adobe has been at the forefront of several publishing revolutions, enabling creatives to easily produce their creations in desktop publishing, web publishing, and digital media and photography. With the new 14.2 update, Photoshop CC revolutionizes 3D printing by radically simplifying the 3D print process for creatives. With this new release, it is no longer difficult to create and print a beautiful, physical object. As part of a major update to Adobe Creative Cloud, the new 3D printing capabilities available in Photoshop CC enable Creative Cloud members to easily and reliably build, refine, preview, prepare and print 3D designs. All you have to do is choose Print from the 3D menu.

Photoshop CC supports the most popular desktop 3D printers, including the MakerBot Replicator 2, and also supports the full range of high-quality materials available on Shapeways including ceramics, metals, and full color sandstone. Whether you’re an inventor, product designer, architect, animator or jewellery designer – there are limitless possibilities available to you to provide clients and customers with 3D prototypes and models of your work.

Generator was actually introduced in the previous update to Photoshop CC, but it was improved a lot in the latest update. In case you missed out, this feature allows you to use layer naming for automatically export image files into an assets folder next to your PSD files. This feature is a huge timesaver for web and user interface designers.

To turn on this functionality, go to File -> Generate -> Image Assets. Now all you have to do is rename the layers or layer groups you want to export. Here are some examples of supported tags:

Here are some examples of how tags can be used:

Originally Photoshop allowed only 64 characters for naming layers, but now you can use up to 255 characters, so you can create a lot more images from the same image. A good example is a layer name with which you can save all the necessary image sizes for an iPad app icon:

Just copy and paste this long name into a Photoshop document with a layer that has your app icon artwork ideally in 1024x1024 pixel size.

Apart from these main features there are also several minor improvements, which the team at Adobe calls JDIs or Just Do It features. These are mainly requested by the users. Here is a list of the JDIs from this round of update:

Martin Perhiniak
Martin Perhiniak is a Certified Adobe Design Master and Instructor. Martin has worked as a designer with companies like Disney, Warner Brothers, Cartoon Network, Sony Pictures, Mattel, and DC Comics. He is running a series of Workshops in London as well as providing a range of services from Live Online Training to Consultancy work to individuals worldwide. Martin’s Motto “Do not compare yourself to your role models. Work hard and wait for the moment when others will compare them to you”
Related Videos
Comments (0) 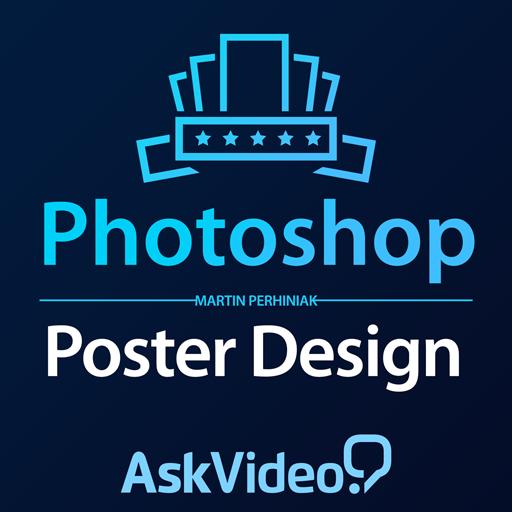 Dream It. Do It.
Do you want to learn Poster Design?
Yes, I want to learn!
No Thanks, I just want to read the article.
Feedback
How are we doing?
We'd love your thoughts, feedback and questions regarding our new site. All feedback is appreciated!
We do not respond to this form! If you need support, please visit our support page.
Thank you for your input!
Your message has been successfully sent
Course Advisor
Don't Know Where To Start?
Ask A Course Advisor