All Articles Photoshop
Step-by-Step: Restoring an Old Beatles Photograph in Photoshop
Elaine Ashburn on Sat, November 28th 0 comments
Language
So you want to restore an old photograph and bring out the faded colors and remove some of the noise in Photoshop? Elaine Ashburn shows you how, using this authentic and iconic photo of The Beatles.

Earlier this week I got an email from a friend who wanted my help to restore a photo she bought at a stoop sale. She had scanned it and emailed it to me and I was slightly surprised to find it was a publicity photo of the Beatles, probably taken around 1965. 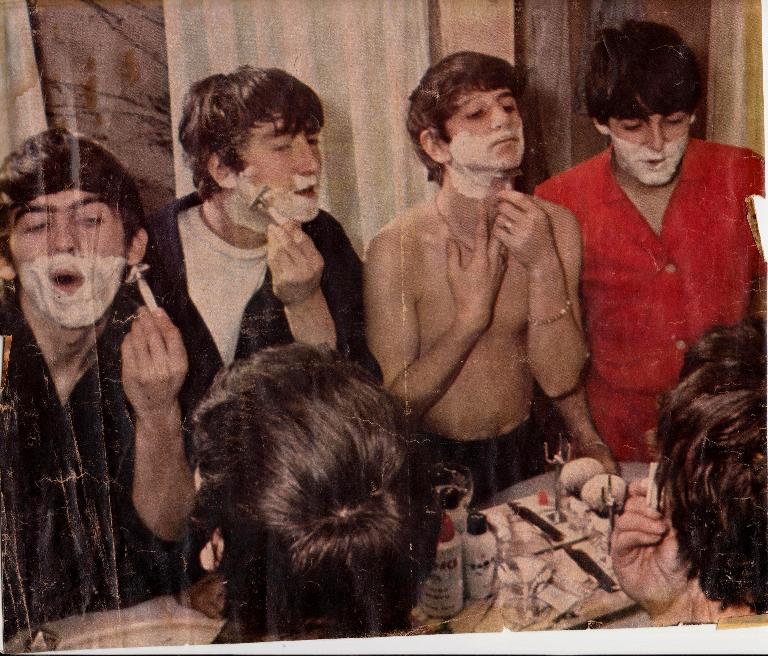 The first thing I decided to do was to restore as much of the color as possible by first using the curves eye drop tool for black on the darkest area (George’s shirt) and the dropper for white on John’s T-shirt. (Images 2 & 3). The results were pretty impressive so I decided to forego further color enhancing. (Image 4)

Instead, I decided to get to work on the scratches and folds using the healing brush tool. (Image 5) I blew up the picture to 100% to get a better idea of how badly the image was cracked. It was pretty bad in places but I started on the easier ones.

The healing brush tool interpolates the colors around it to fill in imperfections. You simply circle the area you want to fix in small increments. (Image 6) It’s time-consuming, but you can see that it works. (Image 7)

After I spent quite a bit of time cleaning up the inside of the image, I knew it was time to tackle the cracked edges and large folds from both the left and the right hand sides of the photograph.

Sometimes the easiest thing to do is to copy and paste similar areas, so that’s what I did with George’s hair. I copied a lock then pasted it over an area with no pixels. (Images 8 & 9) You may have to copy, paste and rotate the pasted area to fill in some odd shapes, but it does work. I then used a small brush to erase the edges of the pasted area for a more natural feel, flattened the image and once again used my healing brush tool to fill in some of the imperfections. 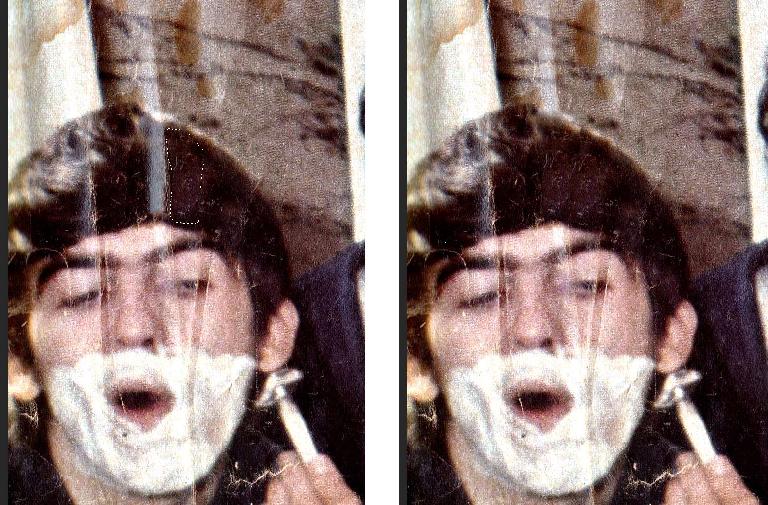 I wanted to try to get George’s face a little better, but in case it didn’t work out, I wanted something to revert to, so using the lasso tool I marquised his face, copied it, then pasted it into position (Image 10, 11 & 12)

I didn’t want to work on this area, so I ‘turned it off’ but left it in the ‘layers’ palette and went back to my base layer. Once again, I blew up my image and copied/pasted bits of face from George’s left side to his right (sometimes flipping them so the shadows would be correct) to get rid of the large crease going down the center of it. (Image 13 & 13A) I finally think I’ve gotten it as good as I can for now, so I leave it alone and move on to his robe.

There’s no way I can use the healing brush here, so I decide to take some liberties and draw him a new robe. Using the eyedropper tool, I sample the color of his robe and create a new layer. Picking a good size brush with a soft edge (I used a 175 pixel one to start) I begin drawing, making my brush smaller and harder as I get close to his arm and the sink so that the black-ish color doesn’t get onto them, and pretty soon I’ve covered the area. (Image 14) Multiplying to bring back some detail won’t work because the area is too dark, so I decide to leave it alone and move onto the right-hand side of the image.

I initially clean up what I can with the healing brush tool, but the cracked photo paper is going to be problematic (Image 15). To remedy this, I copy and paste an area from another part of Paul’s robe. I lay it over it and scale it horizontally to fill the space. I then use my eraser tool to soften the edges. (Image 16) 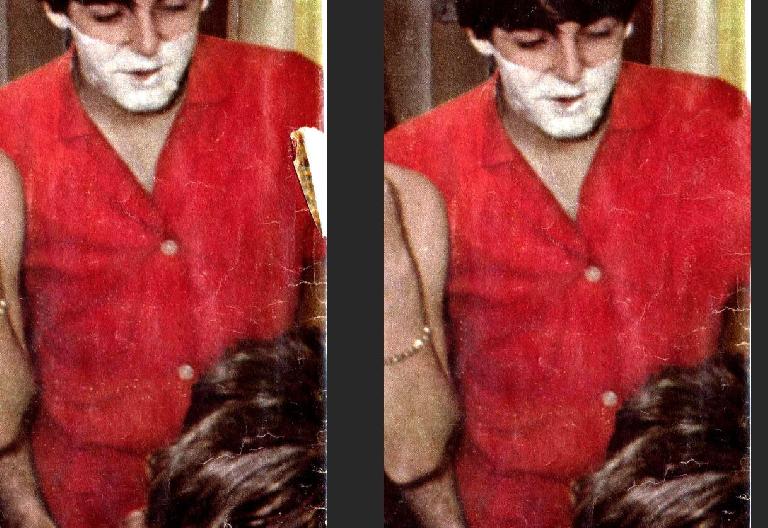 After I was happy with the way it looked, I merged it down with the base layer and once again used my headlining brush tool to clean up the random wrinkles.

I brought my image back down to 33% to take another look at it. Other than George’s face, which may never get perfect, I thought it looked pretty good. (Image 17) I still want to fix the bottom instead of just cropping it off so I marquised around the shaving cream and backs of heads. I copied that and pasted it in place. I then scaled it down ever so slightly to cover the missing area and using the eraser tool, I feathered the obvious edges around the round tools on the sink top. (Image 18, 18B, 18C)

Aside from John now having 6 fingers, I thought it looked pretty good. (Image 19) To get rid of his extra finger, I copied and pasted the grey area above it, scaled it vertically to cover his extra index finger, then I used the eraser tool to clean up the excess. (Image 20)

Next I merged my layers (except for the one of George’s face that I was saving in case of an accident) and once again used my healing brush tool to clean up things like the random piece of tape. I thought it looked pretty good, but maybe just a little flat. I have a trick that I use to bring some depth to an image and I decided to try it here. I once shot an old rusty screw, and overlaying it onto an image gives it the much needed depth. I copied and pasted it over my Beatles image then used ‘Soft Light’ with an opacity of around 50. It looked pretty good, except for the random ridges on Ringo’s stomach. (Image 21). These I simply erased away. (Image 22) I also erased them from John and George’s faces. I felt if I took it any further at this point it would be too much so I saved the image. I then deleted the extra layer and merged what was left. Using ‘Curves’, I lightened it ever so slightly (Image 23) and then I considered it done.

The only other thing I did was crop off the right edge slightly. 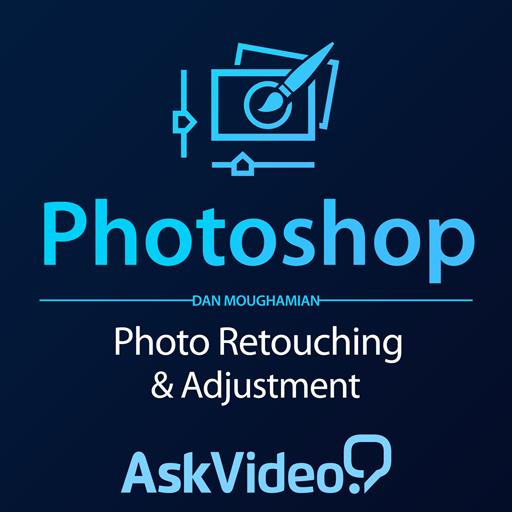 Dream It. Do It.
Do you want to learn Photo Retouching & Adjustments?
Yes, I want to learn!
No Thanks, I just want to read the article.
Feedback
How are we doing?
We'd love your thoughts, feedback and questions regarding our new site. All feedback is appreciated!
We do not respond to this form! If you need support, please visit our support page.
Thank you for your input!
Your message has been successfully sent
Course Advisor
Don't Know Where To Start?
Ask A Course Advisor