All Articles Photoshop
Using Photoshop to Create a Frankenstein
Elaine Ashburn on Fri, August 15th 0 comments
Language
Photoshop is probably the perfect platform in which to create montages'"or in many of our cases, Frankensteins. Elaine Ashburn shows it's not that scary after all and can have pleasant results.

Made up from different pieces of human bodies, Frankenstein was not exactly a monster, he was more like a great big human quilt. (Pic 1)

I like to think of what I do when I piece different pieces of photographs together, as creating a Frankenstein.

This is the original photo. (Pic 2) While nice enough composition-wise, I won't be able to get this into a vertical format for my ad without having a lot of headroom, so I need to start moving parts around. 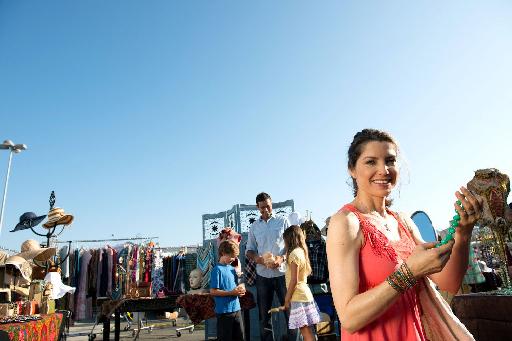 I start by taking the dad and kids in the background and moving them down so I will have room for a headline. To do this, I use my pen tool and carefully draw along the arm of the woman in the foreground and up into the sky. (Pic 3)

You'll notice that once I make that final connection the '˜dots' from my pen turn into a solid line. To get them to marquis so you can copy and paste the image into a new layer you have to go to your 'Paths' section (to the right of the image) and from the pull-down menu select 'Make a Selection'. (Pic 4) A box will appear. Make sure your feather radius is at 0, anti-aliased is checked and the 'Operation' is 'New Selection'. (Pic 5)

Copy and paste your new selection onto its own layer. Then from the main menu on top under 'Select', select 'Inverse' to make a copy of the rest of the image in case you need it. Copy and paste this selection into its own layer as well, but deselect it. Go back to layer 1 (the dad and kids) and move them down so we'll have room for a headline above them. (Pic 6) 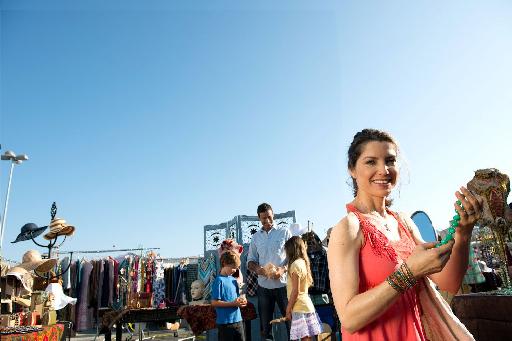 I can tell that I'll need to get everyone closer together, so I'm going to need to use the random layer of the woman I created, which is layer 2. Click on it to select it and move her closer to dad and the kids (Pic 7) 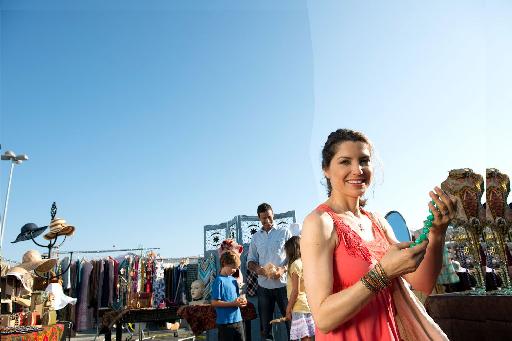 As you can see, by moving it over, the sky no longer matches. We'll have to fix that. Go up top to 'Image' and pull down to 'Curves'. A dialogue box will appear with a grid on it. (Pic 8). Using your mouse pull the center of the diagonal line down slightly until the sky colors match. 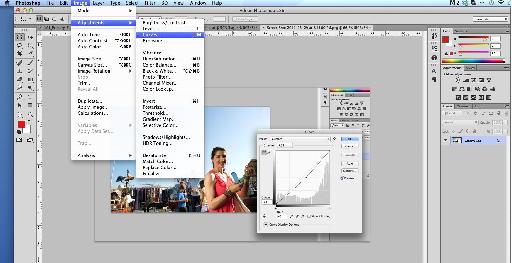 This looks pretty good now, so let's save it and bring it into an 8.5 x 11 page in InDesign. Actually let's not yet. I'm not liking the way our lead woman looks. Let's find a better pose for her. I went through all my selects and found another image where I think she looks better. (Pic 9) 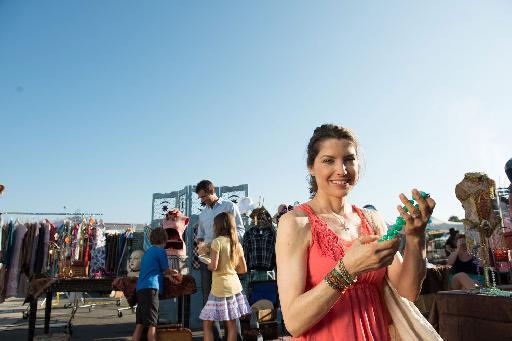 Let's silhouette her using the pen tool like before, no need to go all the way around as we want to take the background with us. Again click on 'Paths' to the right of the image and pull down to 'Make a Selection'. You'll get a marquis around your image just like before. (Pic 10) 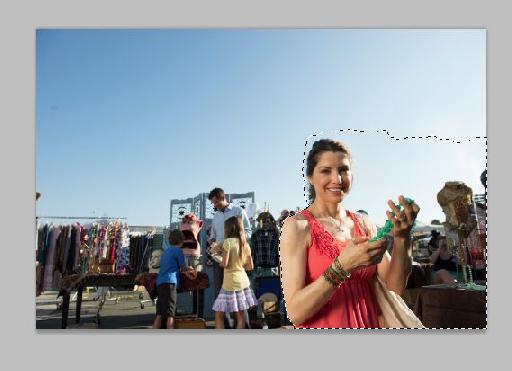 Lets copy and paste into our original image and see how it looks. Move her as close to dad and the kids as the other image was. (Pic 11) As you can see, we need to add a little sky in to cover up the woman underneath. So go back to your bottom layer and using the lasso tool, select some sky. Copy and paste it under your new top layer and move it around until you cover up the woman beneath it. Mine came in perfect, but if you need to adjust the sky to match go back to the top to 'Image' and pull down to 'Curves'. Using your mouse in the dialogue box that appears pull the center of the diagonal line down until the colors match. (Pic 12) 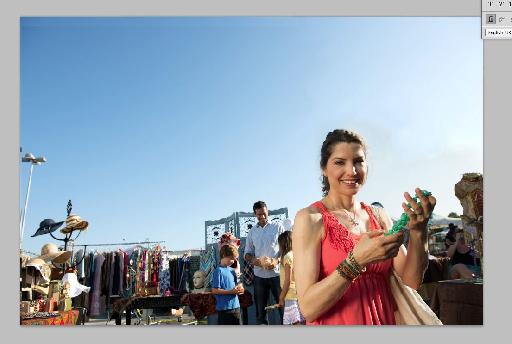 I would now open InDesign and bring it into an 8.5 x 11 page, which is a close representation to a single page ad. Let's see if we did a good job with our Frankenstein.

I placed my image within InDesign and blew it up a little to fit the shape of the page. (Pic 13) This was for Aubagio, an MS drug and the headline was '˜Make your day about you, not your MS', so let's type that in and see how it all works together. (Pic 14) I think we're going to have to get rid of the boy on the right to make the image fit the page better. The dad isn't interacting with him anyway. So lets blow up the image a bit more and see if we can get our hero woman as large as possible, still allowing room for the headline and a few lines of body copy. I threw in some Greek copy (which I think is actually Latin) and allowed space for a logo. I think this looks pretty good for a Frankenstein. (Pic 15) The only thing that I would do now would be to go back into Photoshop and remove the boy completely. To do this easily from InDesign, click on the image and under 'Edit' on top and pull down to 'Edit With' and then over to 'Adobe Photoshop'. (Pic 16) This will open the image back in Photoshop and we can remove the boy. If we resave from Photoshop it will replace the image within InDesign, so we don't need to reimport the image. This is a great feature of InDesign and one I take advantage of regularly. We don't have to go through this all again, but I removed the boy in Photoshop, saved the image to replace it, and here is our final Frankensteined ad. (Pic 17)