This fairly unused feature in Photoshop can really make your life easier and save you lots of time with re-sizing. I'm sure if you are a regular Photoshop user you've brought in an image or a vector object and resized it. You may not have liked the way it looked after committing it to a layer and tried to re-size it again. If you manipulated it more than once or enlarged it more than 20%, you probably noticed that the image became blurry and was unusable. In order to retain the original quality, you had to re-import the image and perform the actions you did to it, all over again.

This is what makes smart objects so great. Because manipulations that you do to them does not affect the original data of the image, you can scale, rotate, skew, distort, change perspective or warp the layer without losing image quality. This is a good reason to create a smart object from your layer before you transform it. To do so, simply right-click (or Control-click for those who do not have the right-click set up) on the layer and select 'Convert to Smart Object'. (Pic 1) I always duplicate my layer first, simply because I'm a little OCD that way, but there really is no need to. 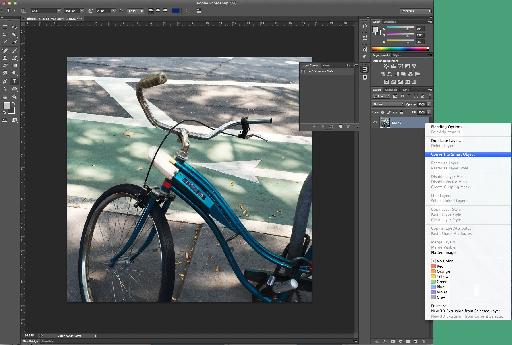 Here I've distorted the image to prove a point. (Pic 2). You're going to have to trust me that I did not revert but physically pulled the corners to bring it back to it's original state. Note the clarity of the quasi-restored image. (Pic 3)

Let's take it one step further and really distort it. Here I used the warp tool and practically put it into a swirl (Pic 4 and 5). Then I physically tried to revert it by unbending my warps. (Pic 6) As you can see it's not quite perfect, but it's still sharp. I think you'll love using smart objects for this reason alone.

And while we're playing around with this, let's try something else? I'm going to group a selection within InDesign and copy it into Photoshop. (Pic 7) As you can see it comes in as a '˜vector smart object'. This works the same way that a smart object does. To prove that it doesn't lose image quality when you manipulate it, first I'm going to enlarge it to maximum width and then I'm going to distort it by skewing it. And then without reverting I'm going to skew it in the other direction to try to straighten it, to prove my point once again. (Pic 8, 9 & 10) 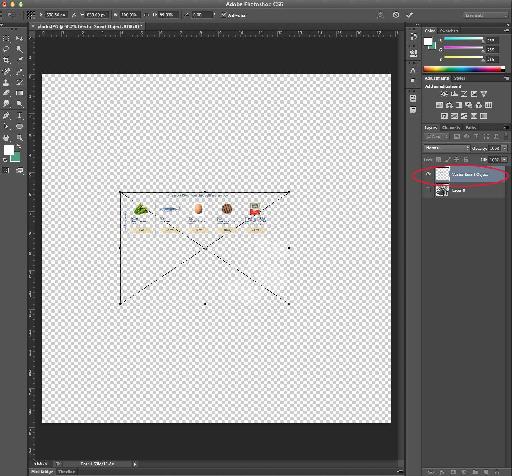 I have to repeat myself here. Isn't this amazing?

I don't know about you but this is a lifesaver and a timesaver for me. Until I started playing around with it, I didn't realize it actually preserved the data so completely. You really can't destroy it. You can even add filters to it. 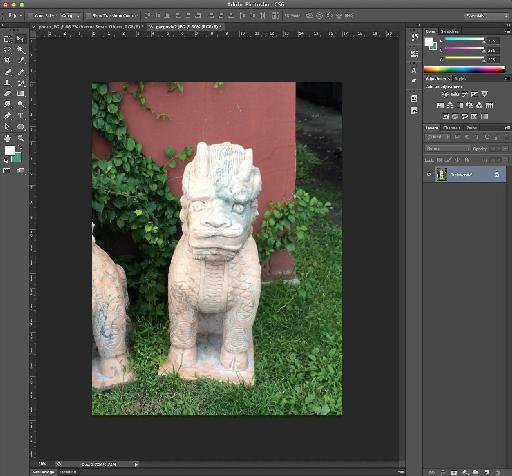 I used the twirl filter to totally distort the image, then I warped it back into almost position using the warp tool and then I double-clicked on the smart filter that was created and used the pin light mode, which brought back the detail in my original image. As you can see there is no distortion, other than the distortion I created. (Pic 13, 14, 15 & 16)

We've smart objected a photo, a group of images created in InDesign so now let's bring in a vector image created in Illustrator and take a look at how that performs. I created this simple grouping of stars in Illustrator. I just copied and pasted it into Photoshop for us to play with. (Pic 17) 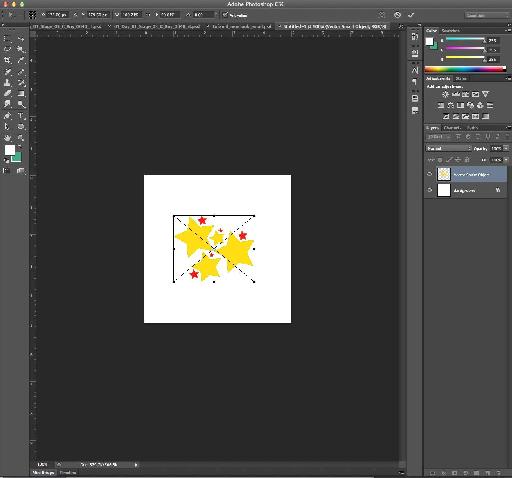 As you can see it also brought it in as a '˜Vector smart object'. If we blow it up, like other smart objects, it retains its sharpness. (Pic 18) Let's really warp it and see what happens? (Pic 19) Yep, sharp. This is starting to get boring, isn't it? This darn thing is just so predictable. It does everything well.

The Limitations of Smart Objects

Well guess what? It does have some limitations. Converting a smart object back to a regular layer rasterizes it at the current size and transformations and filters are no longer editable. I don't know of many reasons why you would want to do this, unless you needed to edit the smart object's data.

And there is another negative. For those of us who like to use the eraser tool, you can't. In order to use the eraser, smudge, blur or sharpen tools you need to first rasterizing your image, causing it to lose its smartness. Although this is an area of consideration for some, I'd think at this point you've manipulated your image enough to be in a final stage of readiness to either print, import into another program or just view for your own enjoyment.

I really can't say enough good things about this feature. It's easy to use, practically foolproof and in my estimation, truly amazing. I urge you to try it just once and I think like me, you'll be hooked.

Dream It. Do It.
Do you want to learn 60 Tips Every Photoshop User Should Know ?
Yes, I want to learn!
No Thanks, I just want to read the article.
Course Advisor
Don't Know Where To Start?
Ask A Course Advisor