All Articles Premiere
Colour Grade Your Footage In Adobe Premiere Pro CC
Hollin Jones on Sat, January 28th 0 comments
Language
Colour grading is an essential part of getting a professional look for your footage, and it's more accessible now than ever before. Here's how it works in Premiere Pro CC.

There are some excellent third party colour grading plugins but happily Premiere Pro CC has pretty much all the colour grading functionality you could need built in thanks to its new Lumetri Color tools. Colour grading is a huge topic and we don’t have space to get into the fine details, but we will look at quickly enhancing footage for a more professional sheen. Start by loading up your footage and then selecting the Color working space, which will reveal the Lumetri tools. 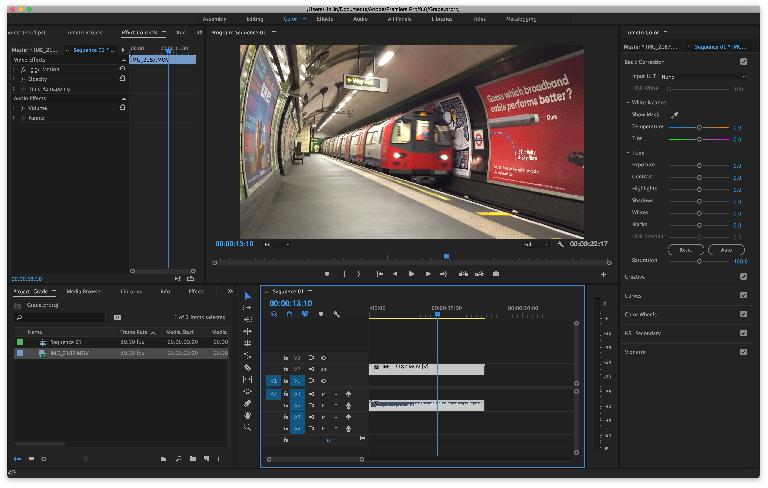 If you are in a rush or you have already built some presets of your own, you can go to the Creative tab in the Lumetri panel and select a look from the Looks menu. This will instantly dial in a bunch of settings, just like a Photoshop preset. You might want to use a preset as a starting point and then make adjustments, or apply a preset to a whole load of clips at once to save time. 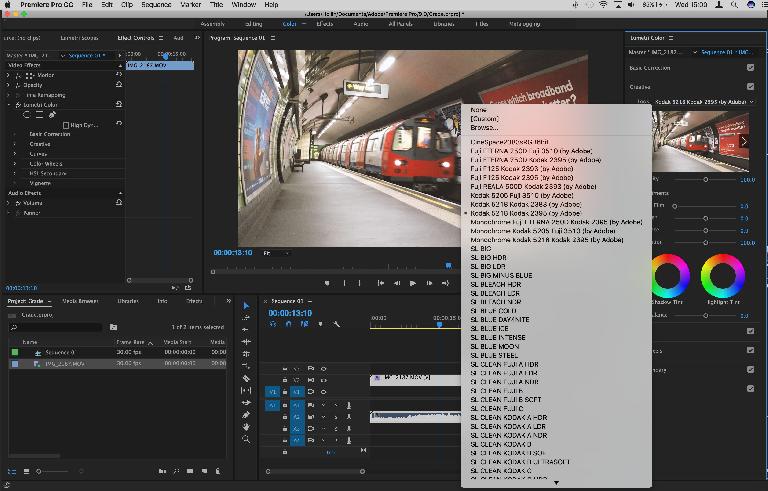 Let’s say that you don’t want to use a preset. Choose the Basic Correction tab and go to the Tone slider section. Here you can make adjustments to various parameters in much the same way as you would with a still image. A good way to make digital footage look more vibrant and increase the feeling of depth is to try dropping the exposure a little and then increasing the contrast, tweaking highlights and shadows to get a richer effect. “Crushing” the black parts of an image by lowering the slider for Black colours also results in a much richer and more cinematic image. The Saturation slider can be used to change the vibrance of the colours, though pushed too high it will start to look artificial.

As well as playing with the exposure of footage as in the previous step you can also affect the colour tint and levels. Move on to the Creative edit tab and click in the Shadow Tint colour wheel. As you drag the mouse between the different colour areas in this wheel you will see your image gets a different colour cast as you do so. In this example both the shadow and highlight tints have been heavily shifted towards the blue / green areas, creating the kind of look that is popular in thriller or dramatic movies. 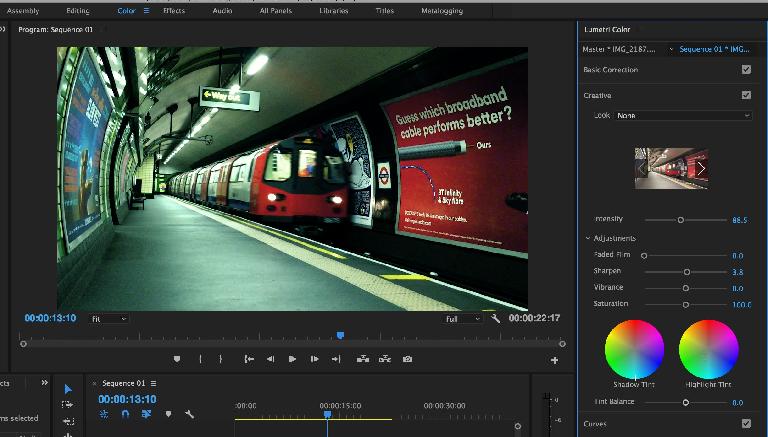 A different treatment could be to push the shadows towards the red and the highlights to blue, which gives a totally different feel to the footage. This kind of heavy processing looks more like a music video or something heavily stylised. To temporarily mute this effect or indeed any effect on the Lumetri tools you can simply untick the box by its name in the header. 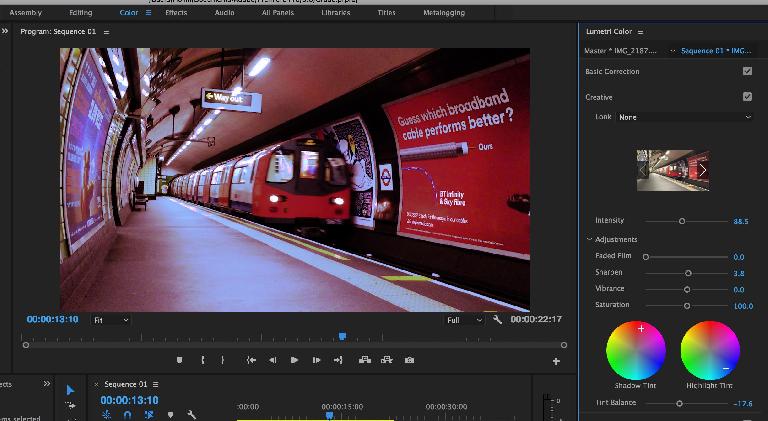 6. Saturate based on colour

Moving down to the Curves section, you are able to selectively increase or decrease the saturation of specific colours inside the footage. This is a great tool to know about because it’s much more forensic than simply adding a colour cast to the whole image like we did in the previous two steps. By clicking on one of the six colour circles you can switch on editing for that colour inside the image. Then grab any of the three points per colour band and drag them either towards the centre of the circle or towards the outer edge to desaturate or oversaturate respectively. 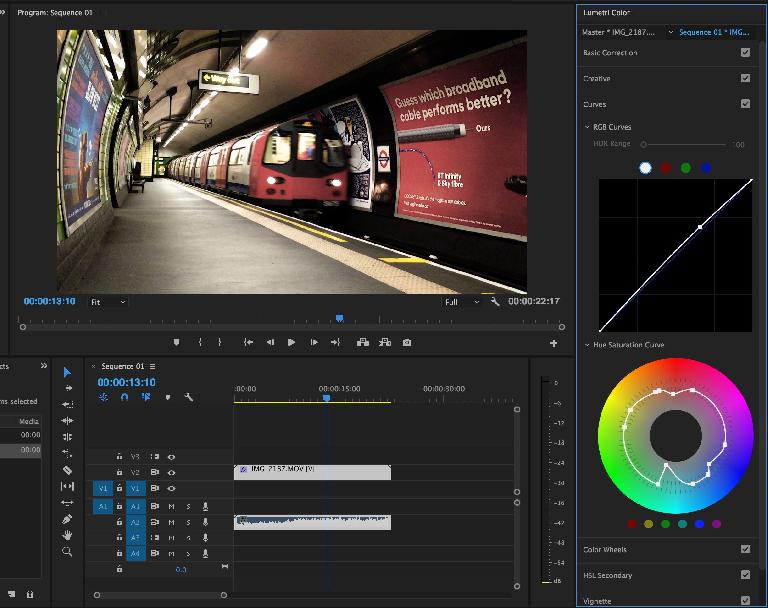 The reason this is so cool is that it lets you create a very specific look. Professional TV shows and movies all have a look that has been created, often in post production. This can be more subtle than simply a colour cast (like in The Matrix, where different realities have a different colour feel) and down to desaturating warmer colours like reds, yellows and greens to give a more muted effect but without calling attention to the fact that you have manipulated the colours.

A good tip is to watch your favourite shows and think about the character of the colour compared to how things look in real life. Do this and you will quickly realise that colour manipulation has tremendous power to influence the feel and atmosphere of moving image. Mad Men for example is muted but warm, with an almost golden look to it, suggesting a “golden age”. 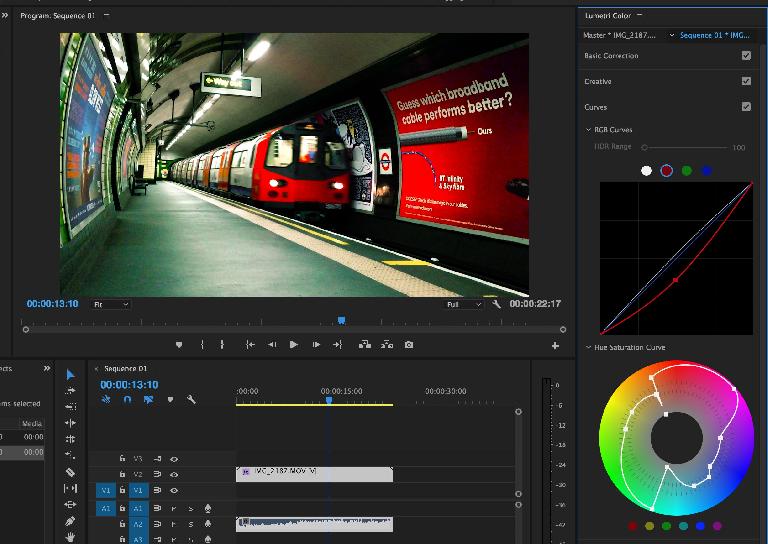 Once you have got the look you like in terms of exposure, contrast and colour, you may want to add some vignetting which can be done by using the tab at the bottom of the Lumetri section. Vignetting adds darkness in the corners of the frame and can be dialled in to differing extents to focus attention on the centre of the frame with variable size and feather effect. Vignetting is more of a special effect and therefore more likely to be used in something like a music video or advert than a TV show or a movie. You would be very unlikely to have 45 minutes of vignetted footage as the viewer would quickly tire of it, but it could be used for short sequences within a longer project. 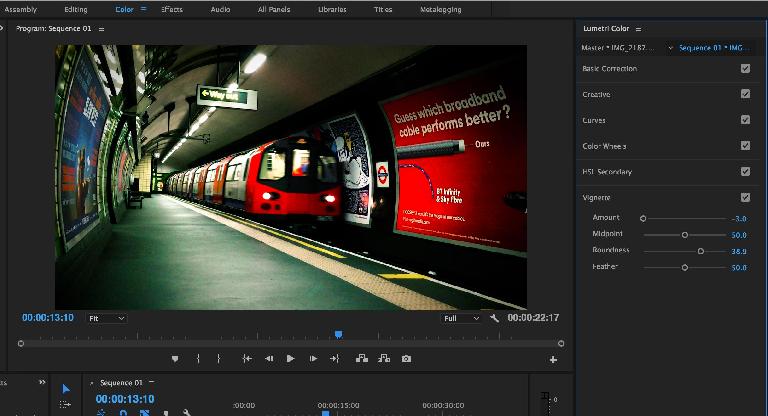 If you click on the menu icon to the right of the panel’s header you will reveal a menu that lets you save a preset for the effect and look you have created, in a number of different formats. You can save it in Premiere’s native preset format by simply choosing Save Preset. Or export as a .look or .cube file to enable the preset to be opened in other grading applications, or shared with other users. If you are using Adobe’s cloud sync services it will be easy enough to share presets with others working on a project. Colour grading is obviously as much an art as it is a science, and every project will have its own specific requirements. Hopefully however you can see that Premiere’s Lumetri tools are very approachable, and can yield some amazing results. 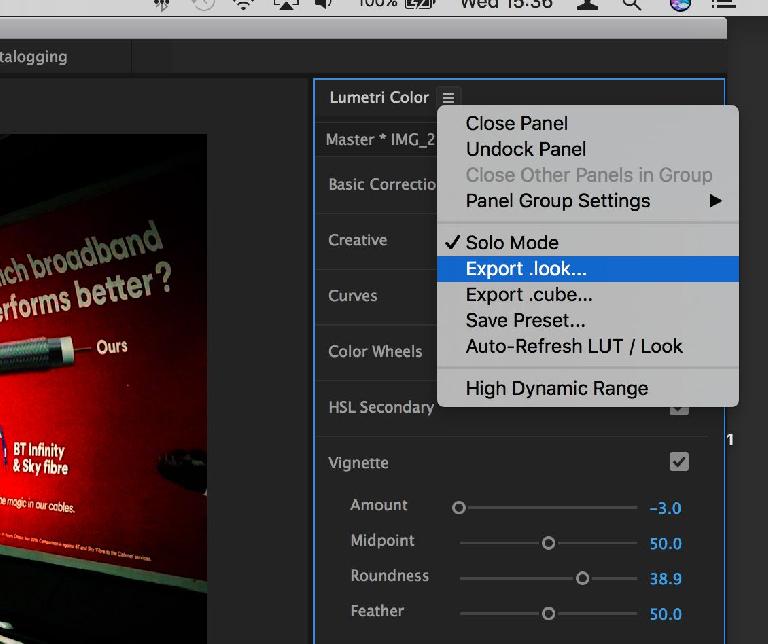 Dream It. Do It.
Do you want to learn Editing Your Footage?
Yes, I want to learn!
No Thanks, I just want to read the article.
Feedback
How are we doing?
We'd love your thoughts, feedback and questions regarding our new site. All feedback is appreciated!
We do not respond to this form! If you need support, please visit our support page.
Thank you for your input!
Your message has been successfully sent
Course Advisor
Don't Know Where To Start?
Ask A Course Advisor