All Articles Review
Affordable Alternatives to Adobe InDesign
Elaine Ashburn on Sat, May 23rd 0 comments
Language
While InDesign is industry standard in its class, you may not fancy subscribing to Adobe Creative Cloud and may be looking for alternatives. Elaine Ashburn puts 3 to the test.

The monthly ‘rental’ price for InDesign by itself is $19.95 so I was looking for desktop publishing programs that would come in well under the $229 a year cost. I came up with three viable alternatives. Scribus, a free, open source program, Swift Publisher at $29.95 (with a free 30-day trial) and the consumer-friendly version of Multiad Creator for $29.99 (also with a free trial).

As always, I give my programs a 5-minute test drive. If I haven’t figured out how to create what I’ve set out to do in five minutes, I don’t consider the program to be user-friendly, or a viable alternative.

As I mentioned, Scribus is a free open source program. Open source means that the source code is open to the public so they can contribute to the features and functions of the application.

I had high hopes for this program but was unable to open it once I downloaded it. And I tried three separate times from three separate sources. Here’s the error message that I got. (Image 1) Adjusting my system preferences, I was able to get around this when I downloaded Multiad Creator Express, so I’m going to try it again.

Nada. Nothing. Even giving my computer permission to open a file from any source would not allow it to open this program.  My settings. (Image 2) And yet another error message. (Image 3) I’m on a late 2013 Mac Pro running OS X Yosemite 10.10.2 in case these errors are only specific to me.

This is a simplistic, but fun, layout program. It actually has a wide array of clip art built into it that can be added to and customized.

I opened a blank canvas to start my trial layout. The first thing I noticed was the built-in clip art on the left-hand side where we usually would find a tool bar. (Image 4) Of course all the pretty pictures caught my eye and I scrolled down to nature. I found a cool cave picture and clicked on it. It immediately brought it to the center of my canvas. (Image 5) I held down one of the hollow boxes at a corner and with my Shift and Option keys selected, pulled the corner to proportionally fill my canvas. Then I made up a headline and typed it in, finding a font and font size that I liked. (Image 6) Using the color wheel palette, I turned the text to white. I didn’t particularly like the line spacing as the word ‘cave’ has no ascenders to equal out the spacing of the line above and needed to be moved up to work optically. (Image 7) I played around with the sliders on the right for ‘spacing’ but quickly realized, it was all or nothing, so I did what any smart designer would do, I cut out the word ‘cave’, made a new text box and pasted it in. I then moved it to where it was optically correct. (Image 8)

I caught sight of what looked like a bezier tool on the upper tool bar. I clicked on it and made a few bezier curves. It worked really well. It felt much more like Photoshop’s bezier tool than InDesign’s, which to me is a good thing since I think Photoshop has that tool down. (Image 9) There was also a whole pull-down menu of lines to choose from and the ability to made your ‘rule’ any thickness you wanted. I made mine a dotted rule at 4 pts. (Image 10) Of course I didn’t want this in my layout so I deleted it, then added some body copy that I cut and pasted from a Lorem Ipsum generator and changed the font color to white. I then played around with some other buttons. Now, this was all done with the existing art and to make a true determination of the abilities of the program I needed to insert a picture from my file. I deleted the cave and using the ‘insert’ button on top, put in a picture I took from my office window. (Image 11). I then went to ‘arrange’ also on the top menu and sent the image to the back, so my type would read.

I then changed my headline to make sense with the image and moved the body copy around. (Image 12) I tried to adjust the space between the letter ‘f’ and the letter ‘t’ but was unable to do that without affecting the space between every letter. I saved the document and then checked to see what it saved it as. It had its own four-digit identifier, a SwiftPublisherDocumentType or a .spub. (Image 13) I very much liked this program although there are type adjustment limitations.

This is the consumer-friendly version of Multiad Creator Professional ($499). The Express application retails for $29.99, although I was able to download a free demo.

I opened the program to a blank canvas scrolled down to ‘letter landscape’ and was ready to get started. (Image 14) I brought in the same image and it came in huge but using the specifications chart on the bottom I reduced it to fit the kind of strange canvas—it gave me a landscape white area with a lined detail of an 8.5 x 11 letter. (Image 15) I then typed in my headline and using the specifications chart on the bottom changed the font, gave it a point size that seemed to fit the layout and turned the color to white by using the color palette on the right. I once again brought in my lorem ipsum type, but at 10 point it was hard to read so I upped the point size. (Image 16)

There was no bezier curve tool but there was a magnetic pen tool, which I used to create a shape. I was able to change the size of the rule it made by going under ‘elements’ > ‘pen weight’ and then entering 4 pt. into the box. (Image 17) I deleted the shape as it was only a demonstration, then I went to save the file. Unfortunately, the demo version doesn’t allow you to save your work. (Image 18)

All in all, I liked both Swift Publisher and Multiad Creator Express very much but I was really disappointed that I wasn’t able to install and work with Scribus. I had such hopes that ‘that was the one. 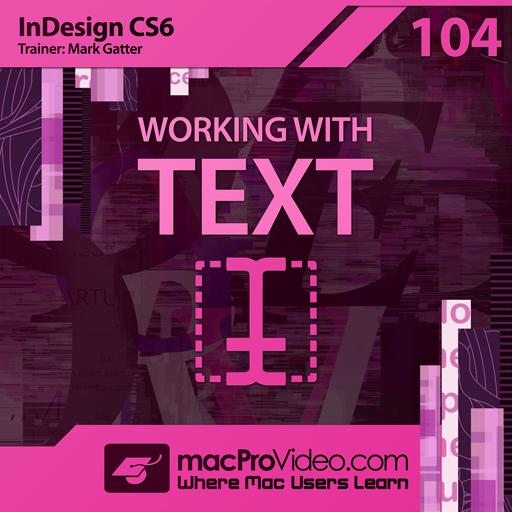 Dream It. Do It.
Do you want to learn Working With Text?
Yes, I want to learn!
No Thanks, I just want to read the article.
Feedback
How are we doing?
We'd love your thoughts, feedback and questions regarding our new site. All feedback is appreciated!
We do not respond to this form! If you need support, please visit our support page.
Thank you for your input!
Your message has been successfully sent
Course Advisor
Don't Know Where To Start?
Ask A Course Advisor