Here’s the tiny thing itself.

If you move, jump, or do silly things with wheeled objects, GoPro have been making cameras for you for a few years now, and this is their best camera yet. The memory card is even tinier than before, a micro SD card. On the side of the camera, there’s a micro USB and a micro HDMI, behind a micro-sized cover that isn’t attached to the camera in any way and which you’ll almost immediately lose. (No, seriously. It took me two days to lose mine.)

Don’t get attached to the door.

Of course, it comes in a tough waterproof case so the lost micro-cover doesn’t matter, and with a selection of mounts to get you started, but no tripod mount. Though you can buy a tripod mount, you get the sense that GoPro don’t really want you to use one. If you’re not strapping the camera to a helmet, handlebars or shiny metal panel, you’re not using it right. It’s not a big camera that you have to be nice to, it’s a small camera that does what you tell it.

Here it is in its case — how you’ll actually use it.

Tough, too. In its case, it’s quite droppable. If you ask GoPro, they’ll probably tell you not to drop your camera on purpose, but if you drop if off a cliff, I’m sure they’d encourage you to post the footage online.

And wow, does it have a lot of options these days. You can shoot in a wide variety of resolutions, mostly defined by their vertical resolution (480, 720, 960, 1080, 1440) and a couple in terms of their horizontal resolution (4K, 2.7K). Beware: the 1440 and 960 modes are 4:3, which makes them less useful unless you’re happy to crop the results to a 16:9 frame, or you like that sort of thing. So why not just shoot in the highest resolution? Nothing comes for free, and as the resolution goes up, the maximum frame rate you can shoot goes down.

For high-quality slow-motion, you’ll want to shoot at a high frame rate, then play back at a normal speed. For example, shooting at 60 fps, but playing one real frame for every frame in a 25 fps timeline means I’m playing it at 42% of usual speed. In FCP X, this is called “Conform Speed” and is found in the Retime drop-down menu. It’s artifact-free, the best quality you can get, and avoid the time-consuming processing from FCP’s Optical Flow or a third-party product like Twixtor.

There’s the choice, then: best possible quality, or the ability to slow it down later? Your best frame rate for each resolution is this:

The two top resolutions include additional “Cinema” modes which change the frame rate to 24 fps and the resolution to a 17:9 variant. To get to all the different frame rates, you’ll have to juggle between PAL and NTSC modes, which is a bit of a shame. If I’m shooting for slow motion, I want the highest frame rate (not just double!) so it’s a slight irritation to have to switch to NTSC to access the 60 fps mode. The entire world uses the same resolutions for HD, and it would be nice to see an “All” mode next to PAL and NTSC to avoid this hassle.

All the resolutions you’d wish for — chosen with an iPhone.

You might also be wondering why they have included a 15 fps mode, when that’s less than the minimum 24fps of film. It’s there for two reasons. First, it’s 4K! I’d rather have it when I need it than not have it because it’s crippled, and it’s a powerful bullet on a spec sheet. Second, it’s an easy way to make a slow timelapse with sound. Third, even if the picture quality isn’t perfect, I’ll get better results downscaling a much bigger image than I need.

Finally, if image quality is more important than file size, enable the ProTune mode, which uses a cine-style flatter gamma for wider dynamic range and a higher data rate for better quality. I’ve got it on all the time, though it oddly doesn’t allow the 480p/240 fps mode. And also, note that the Hero3 Black Edition is definitely more useful than the cheaper White or Silver editions, which don’t go higher than 1080p30 or 720p60.

The menu system takes some getting used to. You have two buttons, one which goes down to the next option, and one which accepts the current option. There is no back button, there is no way to save a collection of settings, and there is, of course, no screen to see the recorded image. It’s manageable once you get used to it, and in the surf, it works through the waterproof case — hurrah! I can see why it is the way it is, but I’ll never enjoy cycling repeatedly through a long menu because I missed “Exit”.

Just some of the settings you can change much more easily through the app.

There is an included Wi-Fi remote which successfully recreates the menu system on the camera (ugh), but there’s also a much better solution. The camera puts out its own Wi-Fi network and offers a free app for iPhone and Android.

This preview image is a good few seconds behind reality, but much better than nothing.

Connect your phone to the GoPro’s network, launch the app, and you can change all the settings from the relative ease of your phone, as well as see a slightly laggy image from the viewfinder. The preview image doesn’t work while recording, nor for playback of recorded movies, but it’s much better than the Down/Yes alternative.

It doesn’t just do video! It takes bursts of shots at 30 fps and timelapses at 12MP (4Kx3K). Your main problem for a timelapse will be battery life — just an hour or two. You can buy a Battery BacPac or additional internal batteries if that’s an issue. Quality won’t be up to the standard of a DSLR’s timelapse (and nor is the video) but you’ll likely find it easier to manage, carry, and mount somewhere.

This shot, in 2.7K ProTune, might not be perfect, but I wasn’t going to take my Blackmagic Cinema Camera into the surf.

The camera you have with you is the camera you use. While that’s often an iPhone, I don’t use my iPhone at the pool, the beach, on a bike ride, or anywhere it might get damaged. I will take the GoPro. Similarly, I can’t shoot high frame rates with my DSLR (Canon’s 720p/60 mode is full of aliasing and pretty nasty), nor can I mount my DSLR on a motorbike to record a timelapse. The strength of the GoPro is in the size, and though this is better than what’s come before, the image can’t compete with bigger, fancier cameras. The fixed fish-eye is one reason, the slight softness another, the compression a third. Yet it’s still useful.

The Hero 3 Black is a camera for fun, which is why bike stores got stock before camera stores. If your kind of fun involves jumping from things or moving quickly, I’m sure you can find a use for it. If you’re planning on shooting your short film with one? If you’re thinking along the lines of The Blair Witch Project, then you’ll be fine there too. And if you just need the occasional bit of slow-motion and can’t afford an FS700? This is it.

So many bubbles I wouldn’t have captured with another camera.

It may seem sacreligious, but on my next beach holiday, I probably won’t be taking my Blackmagic Cinema Camera. It’s not going anywhere near sand, sea spray, or my five-year-old daughter; it needs care and attention I don’t have on a holiday. On the other hand, the GoPro can go everywhere, capture things I couldn’t capture any other way, be dropped, be thrown by a small child, and still work just fine. Sometimes, that’s just what you need.

Learn more about the GoPro Hero3 Black Edition on gopro.com

Iain Anderson
Iain Anderson is an editor, animator, designer, developer and Apple Certified Trainer based in Brisbane, Australia. He has taught privately and in tertiary institutions, and has freelanced for Microsoft and the Queensland Government. Comfortable with anything from Quartz Composer to Second Life and Final Cut Pro to Adobe Creative Suite, he has laid out books, booklets, brochures and business cards; retouched magazine covers and product packaging, shot and edited short films and animated for HD broadcast TV, film festivals and for the web.
Related Videos
Comments (1) 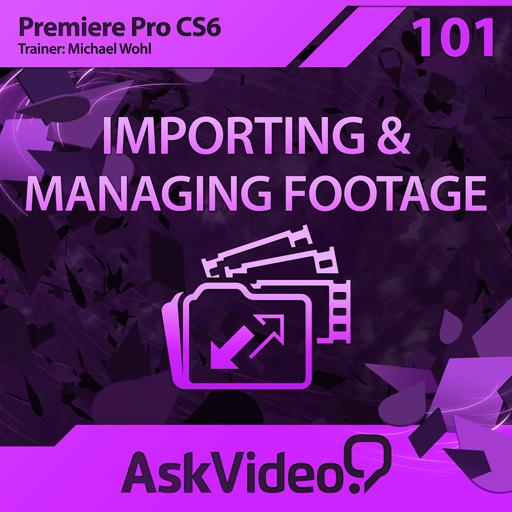 Dream It. Do It.
Do you want to learn Importing and Managing Footage?
Yes, I want to learn!
No Thanks, I just want to read the article.
Feedback
How are we doing?
We'd love your thoughts, feedback and questions regarding our new site. All feedback is appreciated!
We do not respond to this form! If you need support, please visit our support page.
Thank you for your input!
Your message has been successfully sent
Course Advisor
Don't Know Where To Start?
Ask A Course Advisor