The Rupert Neve 5052 is part of the new Shelford series of modules and its features are designed to reflect the Neve 1073. There are two main sections to the 5052: the mic pre section, which is a classic Rupert Neve mic preamp, and a three-band EQ. On the Output transformer there's a Silk Circuit, with Silk Red/Blue and Texture controls which add harmonic content and tonality to the output stage. The Silk circuit is based on the Portico II Series; which are modules that Rupert Neve has released within the past few years. 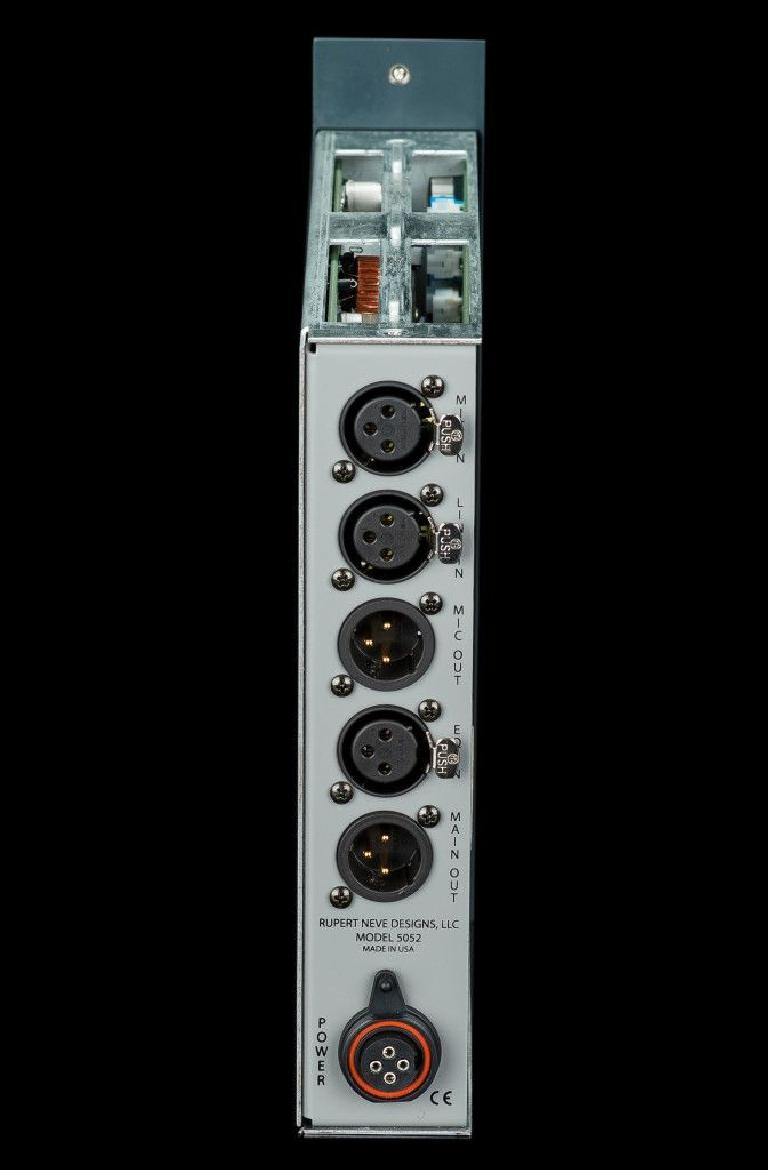 On the back of the Neve 5052 there's an XLR Mic and Line input, XLR EQ input and XLR Mic and Main Output. In order to power the 5052, an external +/- 24 dB DC power supply and 4-pin connector are required. The power supply is available as a five way brick power supply for up to five modules or a twenty five way supply (which would be useful for putting a lot of channel strips into a console). 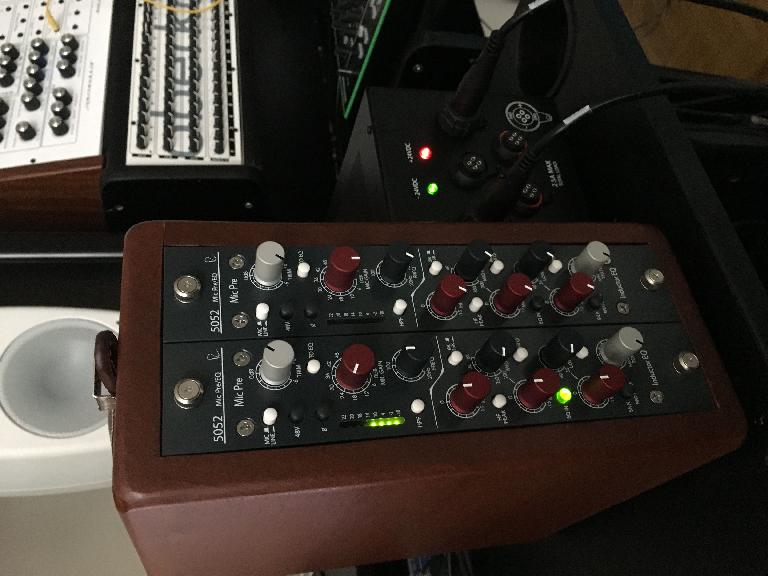 The mic preamp section on the 5052 is versatile and can be used as a single channel strip, or you can plug the Mic Pre into your DAW and back into the EQ section. The front controls includes a mic/line switch, a trim knob, mic gain, sweepable 20-250Hz high pass filter, 48V phantom power and polarity reverse. I tried recording both analog synthesizers and drum machines into the Mic Pre and thought it sounded fabulous. I also found the eight segment LED meter that monitors the Output level to be quite useful in monitoring levels. The 5052 Mic Pre provided a thick and lush sound to tracks I recorded into my DAW.

The EQ section is a 'best-of' EQ, which was created by pulling out bands from classic Rupert Neve modules. The low band is based on the Neve 1064, the Mid band is based on the Neve 1073 and the High band is partially based on Neve's 1073 but features new circuitry to make it modern-sounding and offer enhanced high frequency options. The High Frequency has selectable peak or shelf curves, the Mid Parametric EQ has a Selectable Hi Q, and the Low Frequency EQ has selectable peak or shelf curves.

When the “TO EQ” button is engaged, the mic pre signal is routed directly into the EQ so that the mic / line input signal flows through to the main output as a single channel strip. All three of the bands sounded rich and full to my ears, and accurately boosted or cut the frequency range that I dialed in. I was impressed with the accuracy of the EQ section and how it helped to translucently sculpt sound. Beneath the EQ section are the Silk Red/Blue and Texture controls. With Silk disengaged, the output of the 5052 is modern and clean, and the Silk Red/Blue and Texture controls add richness and body to the sound.

Cons: It's an expensive unit, but sound quality this good does come with a price! Better save up, at $2049 plus the cost of the rack and power supply, the 5052 is a serious studio investment.

The 5052 requires a rack and power supply as well.