Live 9 202
Live's Effects: Plugged In!
Genre: Audio
Join Mo Volans as he takes you on an overview of Live's amazing bundled plug-ins! This tutorial, filled with tons of audio examples, is a treasure-trove of information on how to use and master all of Live's included effects!

Mo Volans
Mo Volans is world class musician, writer and music software professional whose creative contributions include original music for TV, film and recordings. His insightful writing is featured in many of the top music technology and pro audio magazines around the world.
Watch Free Previews!
View up to 5 free videos from ANY course each day.
Out of free previews? Come back tomorrow to watch some more!
Get A Library Pass!
Watch this course – and ALL macProVideo.com courses – for as long as your pass is active.
Purchase just this course! Watch it anytime, for life.
To download & view offline, use our
NonLinear Educating Player Software.
Overview
Status: Available | Released: Mar 4th, 2013
Ableton Live is an awesome creative environment that allows its user to perfectly sync almost limitless numbers of grooves in a myriad of combinations. Add to this professional mixing and automation tools, and you have the ideal application to create, produce and master quality music.

However, before you can truly release Ableton Live's true potential, you'll need to familiarise yourself with its extensive collection of effects plug-ins. This impressive list includes everything from simple equalisers and compressors to resonators, frequency shifters, and the mighty beat repeat plug-in.

Mo Volans takes you on a guided tour through every plug-in included with Ableton Live. On this journey you'll not only learn how to tweak almost every parameter, you'll also see how each processor can work in your mix, demonstrated by real world examples.

Each plug-in type is broken down, grouping similar plug-ins together and giving you the theory on how they work and when it's best to use them. If you're a beginner, you can follow the tutorial from start to finish. If you're an experienced Live user, you can use the keyword search features to turn this tutorial into an instant Live DSP reference guide.

Check out all of our Ableton Live courses. Build a bundle and save up to 50% off list price!
Outline
Section 1: Section 1: Introduction
Section 2: Section 2: The Live Effects Basics
Section 3: Section 3: The Audio Effects Rack
Section 4: Section 4: The Modulation Effects
Section 5: Section 5: Distortion, Saturation and Overdrive
Section 6: Section 6: Delay and Reverb
Section 7: Section 7: Dynamics and Equalization
Section 8: Section 8: The Best of the Rest
Other courses in this series
What to do next
Embed Video
Embed this video in a blog, forum post, or webpage. 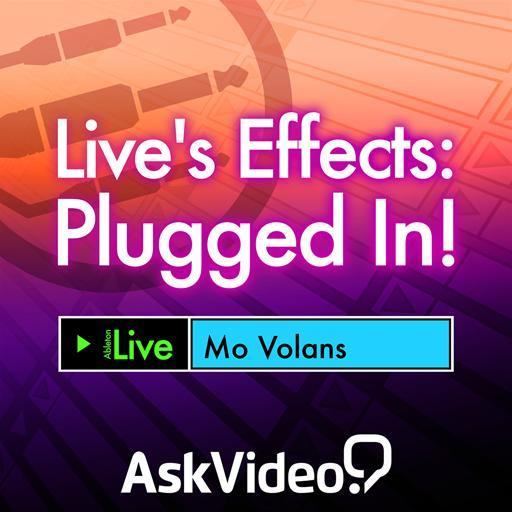