A/V Fundamentals 302
Picking the Right HD Video Format
Genre: Video
Learn the real truth behind the inner workings of HD Video. Along the way, you'll discover which format of HD Video is right for your production workflow ...
Skills: 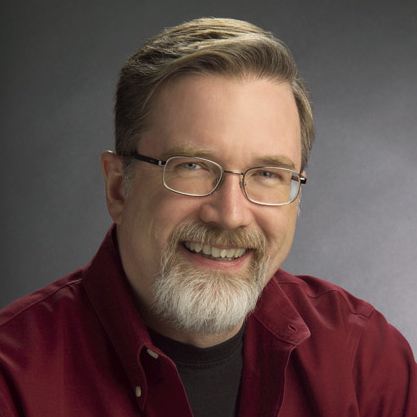 Larry Jordan
With over 25 years of experience in the video industry, legendary software instructor Larry Jordan brings wisdom and experience to your education.
Watch Free Previews!
View the first 3 videos of every course.
Get A Library Pass!
Watch this course – and ALL macProVideo.com courses – for as long as your pass is active.
Purchase just this course! Watch it anytime, for life.
To download & view offline, use our
NonLinear Educating Player Software.
Overview
Status: Available
If you've just come to HD Video editing, there's a whole world of new questions and concerns that are entering your mind. What resolution should I shoot at? What HD format is the best for video editing? How can I conserve file size while keeping the highest quality video on my hard drives?

These are important questions for any HD Video editor, so in this 60 minute tutorial by veteran educator Larry Jordan, you'll learn how to pick your way through the HD mine field.

The tutorial starts with an overview of HD video and a detailed explanation of how Hard disk transfer speeds can effect your video production workflow. You'll next explore common HD video formats to discover which format is right for you.

The tutorial moves on to show how video compression works with HD video before getting into the really technical details including a comprehensive exploration of 8- and 16-bit video and the real meaning of "color space" (essential knowledge for anyone who intends to color correct video).

The tutorial ends with a comprehensive exploration of Image Size, Color Space, and other important HD stuff.
Outline
Section 1: Section 1: Why Hard Disk Transfer Speed is Important
Section 2: Section 2: HD Video Format Overview
Section 3: Section 3: Explaining Video Compression
Section 4: Section 4: How to Choose Between 8-bit and 16-bit Video
Section 5: Section 5: What does 4:2:2 or 4:1:1 Really Mean?
Section 6: Section 6: Image Size, Frame Rates, and Other Stuff
Other courses in this series
What to do next
Reviews
Feedback
How are we doing?
We'd love your thoughts, feedback and questions regarding our new site. All feedback is appreciated!
We do not respond to this form! If you need support, please visit our support page.
Thank you for your input!
Your message has been successfully sent
Course Advisor
Don't Know Where To Start?
Ask A Course Advisor