Olav Basoski
One of the most influential artists in the dance music industry, Olav Basoski has produced hundreds of records for his trend-setting Record Labels: Work Records, Rootz Records, and Samplitude Records.
Watch Free Previews!
View up to 5 free videos from ANY course each day.
Out of free previews? Come back tomorrow to watch some more!
Get A Library Pass!
Watch this course – and ALL macProVideo.com courses – for as long as your pass is active.
Purchase just this course! Watch it anytime, for life.
To download & view offline, use our
NonLinear Educating Player Software.
Overview
Status: Available | Released: Nov 10th, 2011
Sampling is huge in music production. We all use samplers, but very few of us know how they work and how to effectively deploy them in our productions. Ableton's awesome Sampler is seamlessly integrated into Live's workflow which makes it both easy to master and intuitive to use in both your "live" and studio tracks.

This tutorial is divided into two parts: Part One begins with a look at how sampling works. You'll see all of Sampler's basic controls and functions as Olav guides you through all the options on Sampler's GUI. Once its functionality has been clearly explained, Olav takes a deep, sonic dive into sound design.

And now the fun begins: In Part Two you're invited into Olav's audio workshop where you'll see him create his sonic masterpieces. He turns vocals into kick drums AND funky bass parts. Master Basoski then shows you how he designs swooping sweeps and staccato stutter FX. He also does some cool "oldskool" time-stretching. 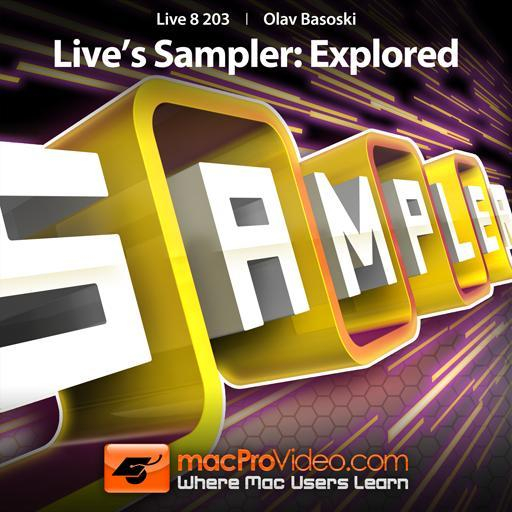