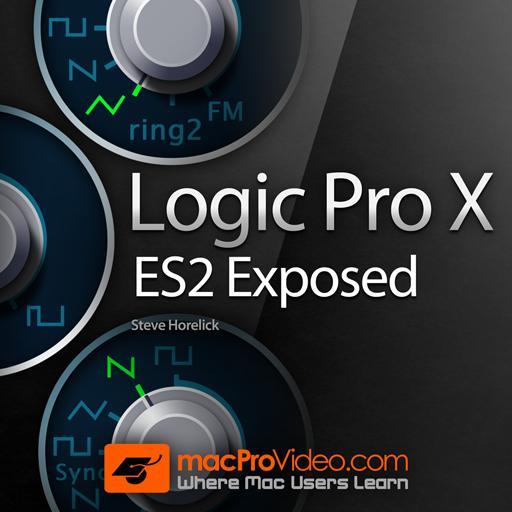 Steve Horelick
Twice Emmy-nominated Steve H is a Logic Pro Master and industry-leading audio producer/performer. You might know him from TV's "Reading Rainbow" ... he scored every episode of that program.
Watch Free Previews!
View up to 5 free videos from ANY course each day.
Out of free previews? Come back tomorrow to watch some more!
Get A Library Pass!
Watch this course – and ALL macProVideo.com courses – for as long as your pass is active.
Purchase just this course! Watch it anytime, for life.
To download & view offline, use our
NonLinear Educating Player Software.
Overview
Status: Available | Released: Aug 26th, 2013
Steve H. and his trusty assistant Igor are at it again ... creating incredible tutorials, that is! This tutorial is as entertaining as it is educational. By mixing clever audio comedy with facts about synthesis and tone creation, Steve has made what is possibly the best Logic tutorial ever! You might think that's a big statement, but watch this tutorial and you'll understand what I mean ...

This tutorial is as much a lesson in the theory of synthesis as it is an deep exploration of the ES2. Drawing on years of sound design experience, Steve shows you what subtractive , FM, and Pulse Width synthesis really is. As an incredible bonus, Steve demonstrates how these waves actually look using a digital oscilloscope, so you can see and hear the differences between these popular forms of synthesis.

Mixed into the tutorial are several bonus sound design workshops which show you how to build common sounds, from the ground up using the ES2's oscillators, filters and other audio functions. The ES2 is an incredible sound design tool, and the included workshops will not only show you what's possible, but also provide ideas and inspiration for producing your own sounds.

But best of all, this tutorial contains a deep exploration of Vector synthesis. Vector synthesis is a method of automating sounds to change over time, and it's a hidden treasure in the ES2 that almost nobody uses. With Vector Synthesis, you can truly define your sounds by making interesting and musical timbres that nobody has herd before. Vector synthesis is a sound designer's dream, and Steve H. shows exactly how it works in this tutorial.
Outline
Section 1: Section 1: ES2 Overview
Section 2: Section 2: Exploring The Oscillators
Section 3: Section 3: Using Filters
Section 4: Section 4: Changing The Sound
Section 5: Section 5: Vector Synthesis
Section 6: Section 6: Final Thoughts
Other courses in this series
What to do next
Embed Video
Embed this video in a blog, forum post, or webpage.