Bill Burgess
Bill Burgess is the former Pro Audio Product Marketing Manager and Logic Pro Artist Relations Manager for Apple Inc. He's also a brilliant software educator with long experience teaching audio producers how to make music!
Watch Free Previews!
View up to 5 free videos from ANY course each day.
Out of free previews? Come back tomorrow to watch some more!
Get A Library Pass!
Watch this course – and ALL macProVideo.com courses – for as long as your pass is active.
Purchase just this course! Watch it anytime, for life.
To download & view offline, use our
NonLinear Educating Player Software.
Overview
Status: Available | Released: Jan 20th, 2015
Bill can't help it. He just likes to use software in ways that other folks don't! And Logic Pro X is the perfect application for his audio antics! In this 24-tutorial adventure, Bill shows you his unique take on Xtreme Sound Design.

You learn how to use Logic's Flex Tool to the point of audio obfuscation. See different ways to deploy and enjoy the little-known Speed Fade tool. Dive into Apple Loops and see how layering, offsetting and modality changes will turn the mundane into the extraterrestrial!

You also get Bill's unusual approach to EQ, spatial relationships and the reclusive Binaural Panner. He concludes this course with what he calls his "Ultimate Weapon": Logic Pro X's Space Designer. Beware: It's not just a reverberator! 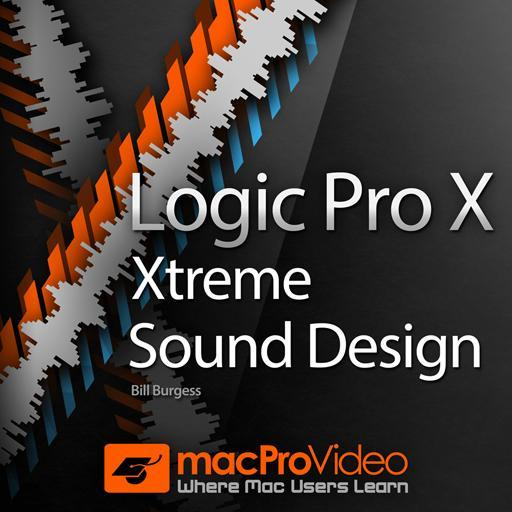