Steve Horelick
Twice Emmy-nominated Steve H is a Logic Pro Master and industry-leading audio producer/performer. You might know him from TV's "Reading Rainbow" ... he scored every episode of that program.
Watch Free Previews!
View up to 5 free videos from ANY course each day.
Out of free previews? Come back tomorrow to watch some more!
Get A Library Pass!
Watch this course – and ALL macProVideo.com courses – for as long as your pass is active.
Purchase just this course! Watch it anytime, for life.
To download & view offline, use our
NonLinear Educating Player Software.
Overview
Status: Available
What is a TNT

Warning: This colllection can be habit forming. Users have complained that it is so addictive that they cannot no longer go to YouTube. View at your own discretion.

Actually, this collection of videos was created every month for a year and is now available as a complete tutorial! Topics covered include all aspects of music production, sound design, workflow, and synth programming. And, of course, there are Steve's surprising explorations into Logic's environment where he show's you how to build all kinds of awesome MIDI madness! 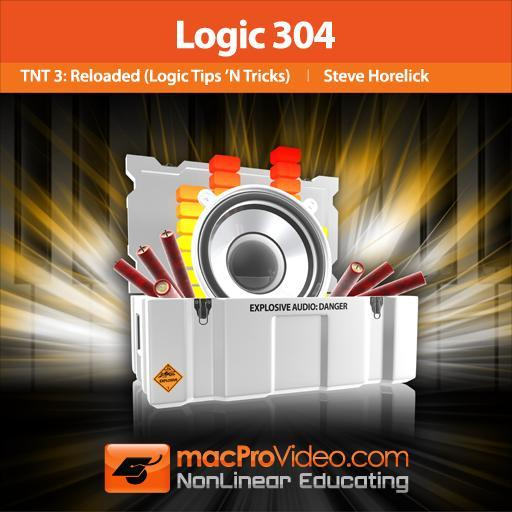