Logic 401
Logic's Mastering Toolbox
Genre: Audio
Mastering is the most misunderstood part of the audio production chain! If you need big sound, this video will show you how it's done ...
Skills:

Steve Horelick
Twice Emmy-nominated Steve H is a Logic Pro Master and industry-leading audio producer/performer. You might know him from TV's "Reading Rainbow" ... he scored every episode of that program.
Watch Free Previews!
View up to 5 free videos from ANY course each day.
Out of free previews? Come back tomorrow to watch some more!
Get A Library Pass!
Watch this course – and ALL macProVideo.com courses – for as long as your pass is active.
Purchase just this course! Watch it anytime, for life.
To download & view offline, use our
NonLinear Educating Player Software.
Overview
Status: Available | Released: May 20th, 2009
Finally, the tutorial we've all been waiting for - Logic's Mastering Toolbox!

Watch as our Star Logic trainer, Steve H, demonstrates deep and fundamental concepts in the proper use of plugins to Master your tracks like a pro. But that's not all ...

This program starts with an overview of the history of mastering, and how the unique trade of the "Mastering Technician" grew as audio transitioned from wax cylinders, to the phonograph, tape, compact disc, and now digital files like MP3s.

With a solid understanding of the history, you will next move on to the present day and learn how to master great sounding music in Logic. Along the way, you'll explore all of the important mastering plugins in Logic, including compressors, limiters, and EQ. But this isn't just a simple "point-and-explain" tutorial ... Steve provides comprehensive detail not only on how to use these powerful Mastering DSP plugins, but also WHY you want to use them to achieve certain effects with your sound.

If you need to make BIG audio, this tutorial will show you the way. Drawing on over 30 years of experience as an audio engineer, and drawing on incredible input from his stable of industry friends (including Grammy award winning Mastering Technicians like Phil Magnotti), Steve H has provided macProVideo.com with his Magnum Opus tutorial on Mastering with Logic.

This tutorial is MANDATORY viewing for anyone creating music in Logic.
Outline
Section 1: Mastering Overview
Section 2: Using Compression
Section 3: Working With Dynamics
Section 4: Using EQ
Section 5: Adding Space
Section 6: The Final Master
Other courses in this series
What to do next
Embed Video
Embed this video in a blog, forum post, or webpage. 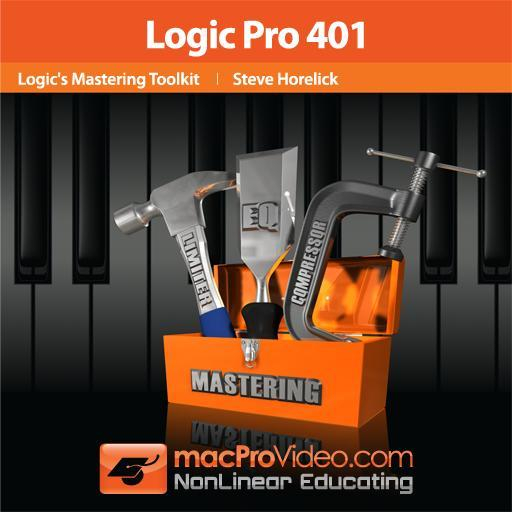